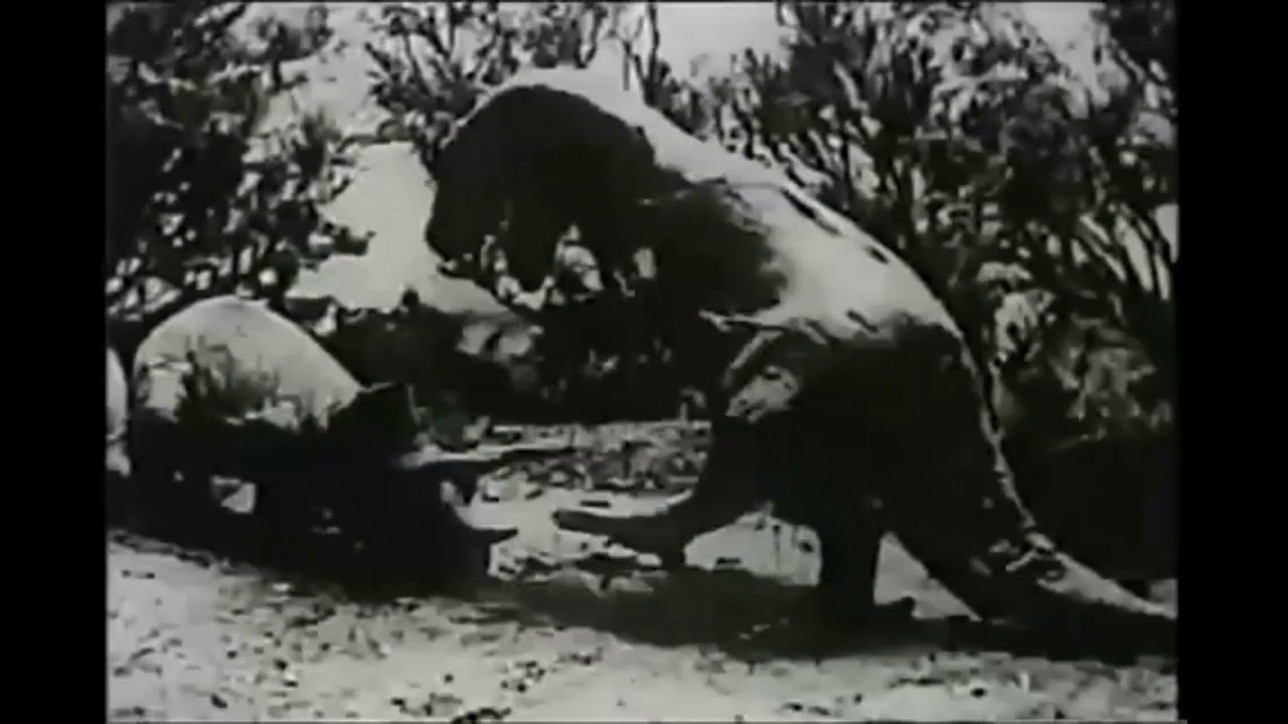 In 1918 Willis H O’Brian started work on The Ghost of Slumber Mountain.

In the first film to mix stop motion with live action footage to place actors and monsters in the same world, O’Brain started developing the techniques that would allow him to create such amazing images as King Kong Climbing the Empire State Building and Mighty Joe Young in a tug-of-war with ten men.