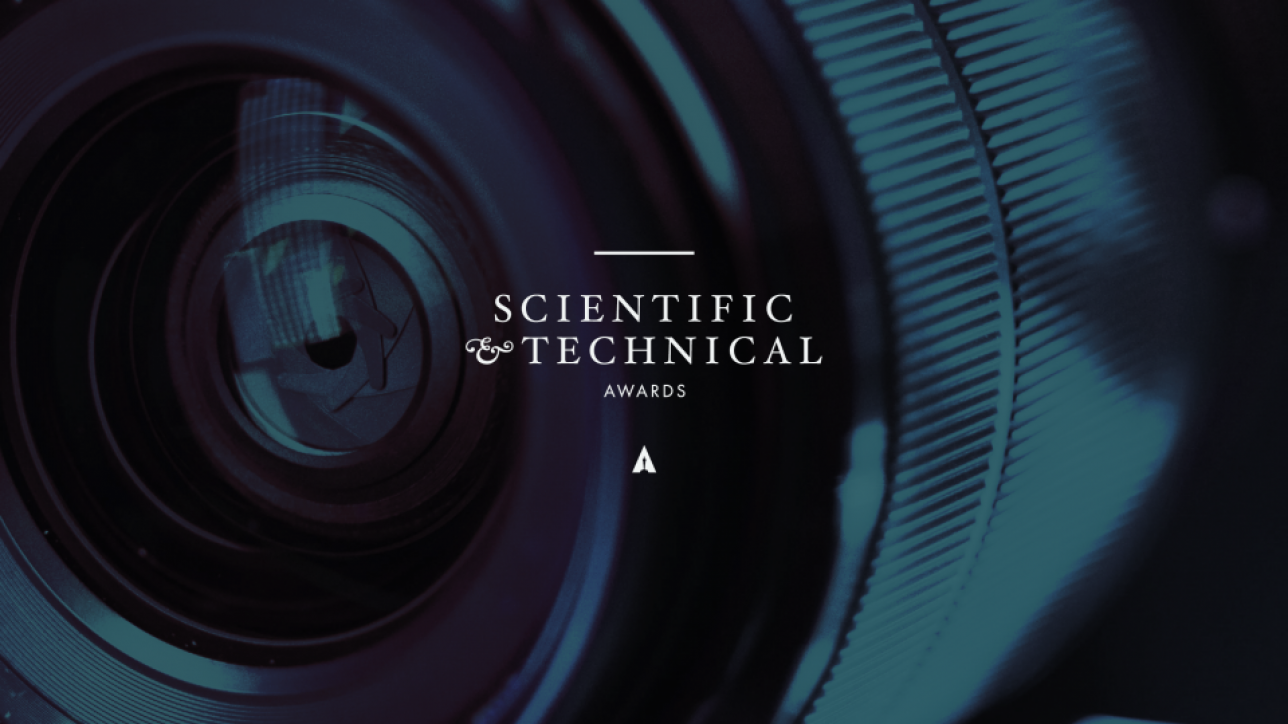 To Masato Nakashima, Koichi Ueno, Junji Sakuda and Junro Yonemitsu for the development of the EIZO auto-calibrating SDR monitors that incorporate a built-in sensor, digital uniformity equalizer and accompanying SDK.

The Technoprops head-mounted camera system, with its modular and production-proven construction, supports consistent face alignment with improved actor comfort, while at the same time permitting quick reconfiguration and minimizing downtime. This system enables repeatable, accurate and unobstructed capture of an actor’s facial movements.

To Babak Beheshti and Scott Robitille for the development of the compact, stand-alone, phase-accurate genlock synchronization and recording module, and to Ian Kelly and Dejan Momcilovic for the technical direction and workflow integration, of the Standard Deviation head-mounted camera system.

For the past decade, the Intel Embree Ray Tracing Library has provided a high-performance, industry-leading, CPU-based ray-geometry intersection framework through well-engineered open source code, supported by a comprehensive set of research publications. It has become an indispensable resource for motion picture production rendering.

Taz is a robust, predictable and efficient mass-spring hair simulation system with novel formulations of hair shape, bending springs and hair-to-hair collisions. It has enabled Pixar artists to bring to life animated digital characters with a wide variety of stylized hair, from straight to wavy to curly.

To Stephen Bowline for the ILM HairCraft Dynamics System.

The WDAS Hair Simulation System is a robust, predictable, fast and highly art-directable system built on the mathematics of discrete elastic rods. This has provided Disney artists the flexibility to manipulate hair in hyper-realistic ways to create the strong silhouettes required for character animation and has enabled a wide range of complex hairstyles in animated feature films.

To Jens-Jørn Stokholm and Ole Moesmann for their innovative development of miniature high-performance DPA lavalier microphones.

To Chris Countryman and Omer T. Inan for their engineering of the subminiature high-performance Countryman Associates lavalier microphones.

To Fredrik Limsäter, Björn Rydahl and Mattias Lagergren for the design, architecture and engineering of ftrack Studio.

To Don Parker for the product vision and design, Matt Daw for the core architecture, and Isaac Reuben, Colin Withers and Neil Brandt for the foundational engineering, of the Autodesk Shotgun post-production tracking system.

By using novel extensions of digital data transmission and compression algorithms, and data prioritization based on error rate, the Amimon chipset supports the creation of systems with virtually unrestricted camera motion, expanding creative freedom during filming.

The Teradek Bolt system features a frame-synchronized back channel for real-time camera control, an error-resilient timecode channel and integrated production metadata, which have led to its widespread adoption in motion picture production.

To Alexey Lukin and the Team of Mathematicians, Software Engineers, Sound Designers and Product Specialists of iZotope, Inc. for the development of the RX audio processing system.

To Jeff Bloom, Guy McNally and Nick Rose for the original concept and engineering of the Wordfit System for automatic ADR synchronization, and to John Ellwood and Jonathan Newland for the engineering and development of VocALign and Revoice Pro.

Wordfit revolutionized the process of post sync ADR by eliminating the need for manual editing to perfect lip sync. VocALign and Revoice Pro are software tools that together give sound editors unprecedented control over the final performance in replaced dialog. In use for many years, these technologies continue their predominance in the creation and seamless integration of replacement dialog tracks in motion pictures.

To Sanken Microphone Company Limited for the original innovation and continuous refinement of the Sanken COS-11 series of miniature lavalier microphones.

Sanken’s early engineering work in microphone orientation and miniaturization has inspired the current generation of lavalier microphones. The exceptional sound quality and durability of the COS-11 series have made them the predominant lavalier microphones used in motion picture production sound recording.