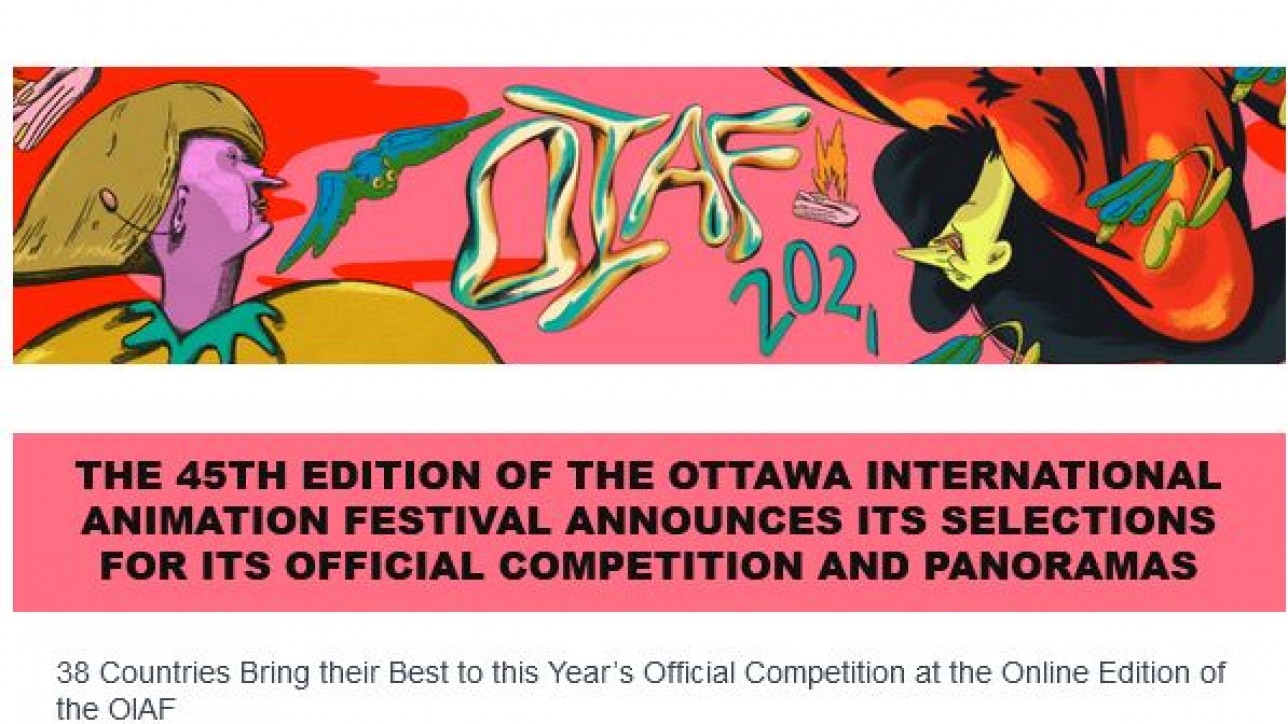 OTTAWA (July 15, 2021) – The Ottawa International Animation Festival (OIAF) announced its Official Competition selections today. With 2528 entries received from countries around the globe, this year’s festival shows that although the world may have slowed down, animation did not. Of the entries received, 107 films and animated series from 38 different countries were selected for Official Competition. 48 of those entries are being showcased as a part of OIAF’s Panorama screenings (This number does not include those entries selected for the VR category, which will be announced in August).
“Given that animators were already hermetic types, rarely spotted outside of animation festivals, it’s no surprise that pandemic lockdowns had almost no effect on animation production. In fact, the OIAF received a record number of entries”, says OIAF Artistic Director, Chris Robinson.
Robinson continues, “In many ways, this year’s crop of competitors are not all that different from previous year’s. You’ll see an array of techniques and designs, along with stories and themes that tackle an assortment of preoccupations and challenges. We’ve got comedy, horror, absurdity, drama, along with the usual stuff that will completely baffle some, which is okay, because we want you to leave the ‚cinema‘ pleasantly or unpleasantly befuddled. Festivals are a space to discover and uncover fresh new voices, stories and styles. We hope that OIAF21 serves up plenty of that.”
Highlights
For a full list of selections:
https://www.animationfestival.ca/films/
ABOUT THE OIAF
The Ottawa International Animation Festival (OIAF) is one of the world’s leading animation events providing screenings, exhibits, workshops and entertainment since 1976. OIAF is an annual five-day event bringing art and industry together in a vibrant hub and attracting more than 34,000 artists, producers, students and animation fans from around the world.
This year’s virtual OIAF runs September 22 to October 3. Visit the OIAF website at
www.animationfestival.ca.
international animation festival, oiaf 2021, ottawa