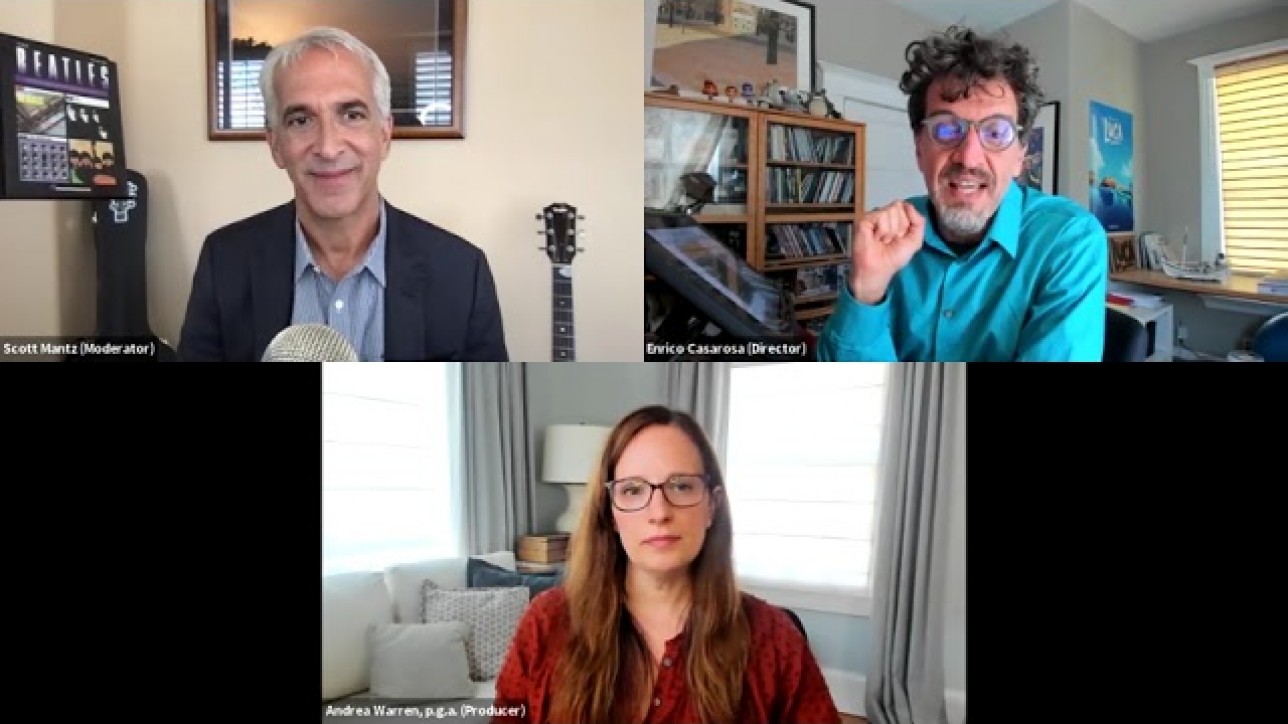 Emmy-nominated producer Scott Mantz moderates a conversation with Andrea Warren, p.g.a. (Producer) and Enrico Casarosa (Director), two of the creative team behind LUCA. Luca is an animated coming-of-age fantasy film produced by Pixar Animation Studios and distributed by Walt Disney Studios Motion Pictures. It premiered at the Aquarium of Genoa, Italy and was released direct-to-streaming on Disney+ in June 2021.