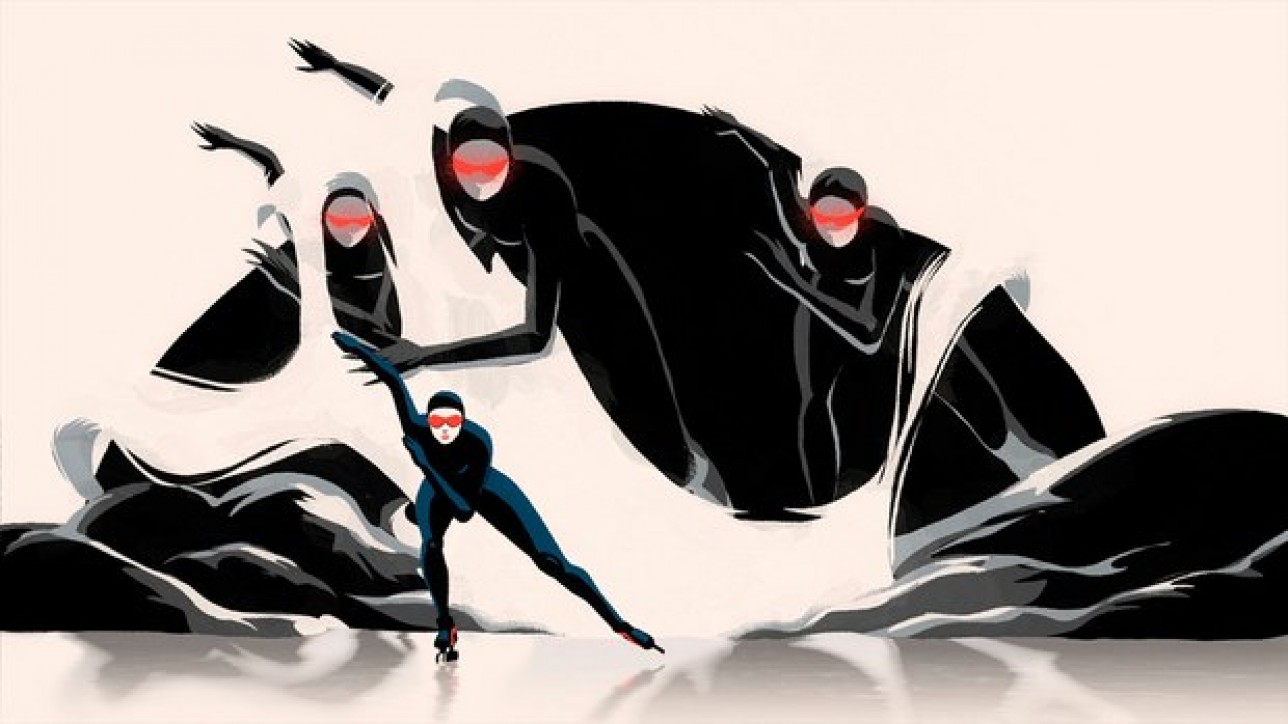 A bold and exhilarating animated 2D film created by Nexus Studios’ duo Smith & Foulkes in collaboration with Y&R London is at the centre of the BBC’s ‘The Fearless are Here’ campaign that heralds the arrival of the 2018 Winter Olympics.

Via the thrilling and abstract journey of a luger, skier, curler, snowboarder, ski jumper and ice skater, the film depicts the psychological and physical obstacles Winter Olympics athletes face in their quest to be the best in the world.

From the beginning, the ambition was to focus on the feeling that fear and anxiety induce in top level athletes rather than simply represent it as a physical monster. The creative focus became how to dramatise the negative emotions that must be conquered in order to succeed. This drove the team towards a more shapeshifting, morphing animation style.

Smith & Foulkes researched live action filming techniques for action sports in the quest to achieve an authentic sense of movement through a 3D space and a team of artists at Nexus Studios worked to create the entirely 2D spot which was drawn and animated in a virtual environment using emerging VR cinematography software. Working in this way and with a perceivable depth provided the ideal testing ground and enabled the team to experiment at an early stage and consider different camera angles, just as if you were shooting in live action and with the sensibility of having a handheld camera.