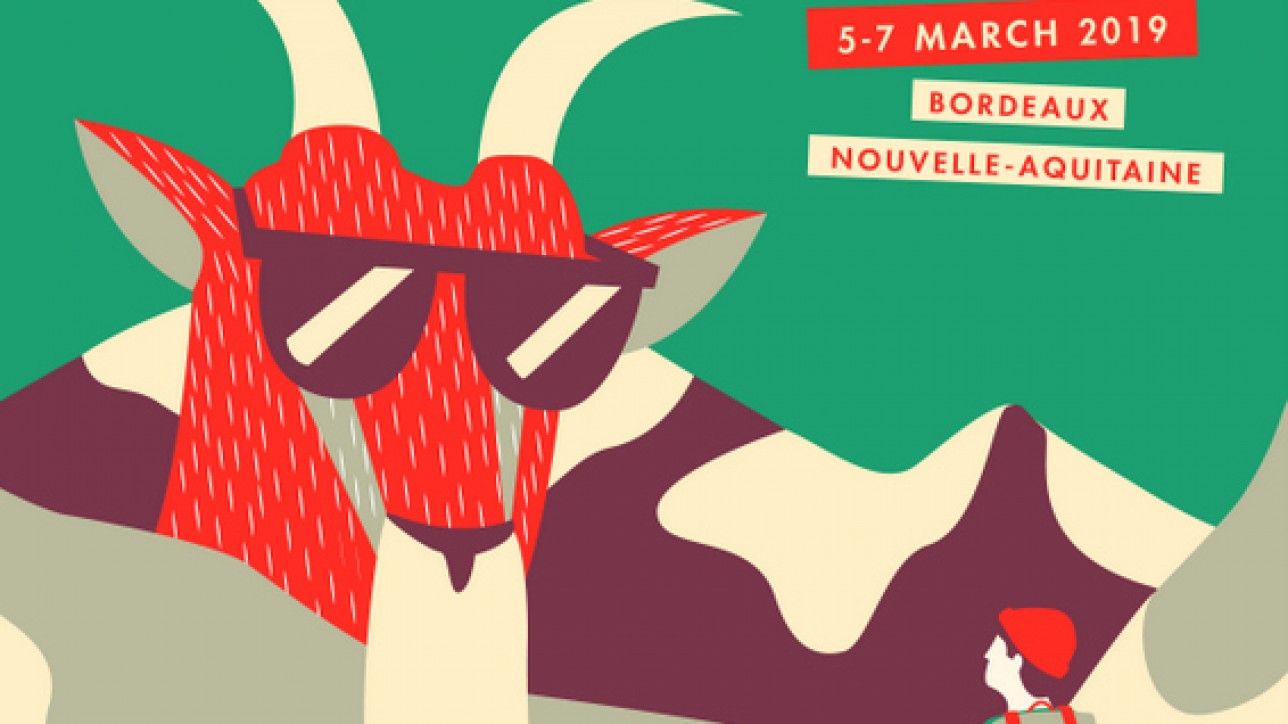 Cartoon Movie is neither a fair nor a festival, but rather a pitching & co-pro forum for animated feature films.
For two days, producers have the opportunity to pitch their film project in order to speed up financing, find co-producers and interest international distributors.

Read the report on the 2018 edition to have the highlights of the event.

To date, a record of 66 projects from 25 countries have been selected to be pitched at Cartoon
Movie 2019: 28 of them are in concept, 24 in development, 7 in production and 7 in sneak preview.

France will be represented by 22 projects, followed by Germany with 8 projects, the Netherlands
with 6 projects, Ireland and Spain with 4 projects each, Belgium, Italy and the UK with 3 projects
each and Denmark, Latvia and Romania with 2 projects each. 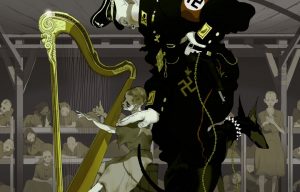 Approaching the tenth decade of his life, renowned Israeli writer and Holocaust survivor Adam Schumacher suffers from the onset of dementia. The troubling events of his past become a blur and with them the memory of his beloved wife, Bella, a gifted harpist who died some years ago. Aware of his nearing end, Adam has one mission to complete: To breathe life into the love story of his wife and his, with all its beauty and pain, before it is forever lost. 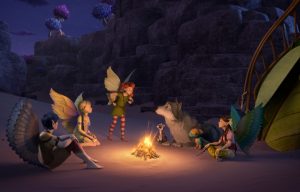 Since the dragons disappeared the magic of Bayala has been vanishing and elf tribes have fallen out. Hope is reborn when a dragon egg is found and a young dragon is ready to hatch. But his parents must be the first thing he sees or the magic line will be broken. Young sun-elf Surah sets out on a dangerous mission with her twin-sister and few friends to reunite the baby dragon with his parents, hoping that this will also reunite the torn tribes and bring back magic to Bayala. 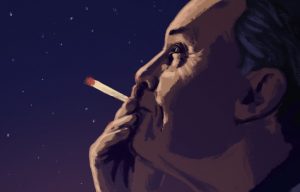 Poland 1939. Stan (12) a Polish-Jewish boy is fascinated by the stars and dreams to become an astronomer. One day, he is uprooted from his idyllic life by Stalin’s orders. Labelled as “undesirable element“ by the USSR regime, Stan and his wealthy family are deported to the remote corners of Siberia. Thus commences for Stan a seven-year struggle to return home. Through the Siberian villages, Taiga and Uzbekistan, together with intrepid and rebel Russian girl Nadia, he will finally come back to Poland in 1946. But, after the war, nothing there is as expected… Stan’s destiny is inspired by testimonies of hundreds of Europeans who’ve spent their childhood as migrants in Asia. 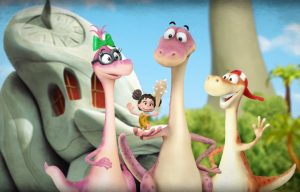 Young dinosaur Dino Mite isn’t the most popular kid. He wants to impress his peers by getting a huge T-Rex for a pet. But his parents buy him a cave girl, Lucy… who’s the worst possible pet Dino could imagine. In a series of small adventures, however, they come closer together, find hidden qualities in each other and become best friends. When Lucy is taken away and replaced with a T-Rex, Dino fights to get her back…and together they take part in the Pet Olympics, where they use their newly gained skills. 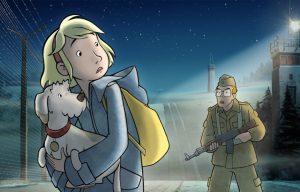 East Germany, 1989. Twelve-year-old Fritzi lovingly takes care of her best friend Sophie’s little dog Sputnik, while Sophie’s family is on summer vacation in Hungary. When Sophie doesn’t come back from vacation, Fritzi and Sputnik set out in search of her. Historically accurate, authentic and with lots of rich period detail and atmosphere, this moving animated film for the whole family retells the story of the peaceful revolution of 1989 from a child’s perspective. An entertaining and exciting tale of the Fall of the Wall, and of the people who were brave enough to change the world, which will make a lasting impression, not only on young viewers.

Cow Henrietta is the main character of our feature film, which is based on the international bestseller by Alexander Steffensmeier. Henrietta lives on a quiet little farm in a cosy landscape. Her life is turned upside down when her beloved farmer is kidnapped by burglars. On her rescue mission Henrietta encounters exciting hazards and thrills, but also a lot of funny situations. Together with her animal friends and with the help of the postman, she can find the farmer and stop the burglars. 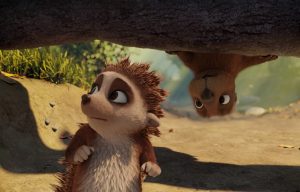 Latte is not an ordinary and cuddly little hedgehog! She is full to the brim with energy and an almost too vivid imagination. When one day the animals of the forest wake up to discover that the magic waterstone has gone missing and that the forest is facing a drought that will lead them all to extinction, Latte bravely and loudly, announces that she herself will recover the magic waterstone from Bantur the dispicable Bear King. Much to her dismay, Tjum the squirrel is assigned to join her. But both Latte and Tjum will have to overcome their dislikes and learn to work together as a team as the two sudddenly find themselves on the most challenging adventure of their life. 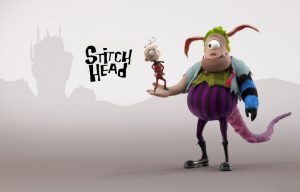 High above the little town of Grubbers Nubbin looms Castle Grotteskew. Here, in his Laboratory, the maddest of all mad professors awakes monstrous creations to (almost)-LIFE!™… then promptly forgets all about them. The only one looking after the castle and the monsters within is Stitch Head – the professor’s very first, long-forgotten creation. Terrified the Townsfolk might form an Angry Mob and storm the castle, Stitch Head does everything to keep himself and his fellow-monsters quiet and hidden. But then the freak show comes to town. And its owner, the cunning Fulbert Freakfinder, needs new, scarier freaks… „Stitch Head“ is an adventure full of fun, for monsters young and old. 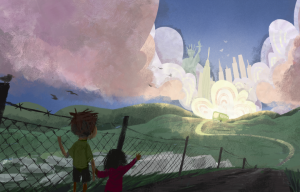 The Bus to Amerika, Derya Durmaz

Safran is an imaginative Yazidi boy living in a refugee camp. One of his favorite things to do is to watch the local bus he calls „The Bus to Amerika“ passing by. He dreams of getting on it with his family and going to his dreamland to become a pop star. But he mistakenly eats the forbidden vegetable of his religion one day. The incident will turn his daydreams into nightmares where he is chased by a giant monster vegetable. As rumors abound among the children that his family will be cursed because of his sin, he runs away with „The Bus to Amerika”. The bus takes him only downtown where his decisiveness will be tested and he will find the courage to face the consequences of his action. 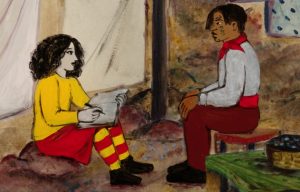 A plundered village, a fleeing family, and two stray children on the roads of exile: Kyona and Adriel are trying to escape from their pursuers and to reach some more welcoming country. During their initiatory trip from childhood to teenage, they will have to cross an entire continent obsessed with hunting down migrants, and to go through many trials, both real and surreal, in order to discover a New World, free at last! 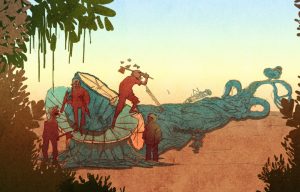 In the attempt to communicate with other life forms, NASA launches into space a golden record containing all the music of the world. During its long journey the record does not make contact with anyone, finally making its way back to planet Earth, which has changed, dramatically. No-one uses their ears anymore, except Simon. He is the only kid able to communicate with “the tree of ears”, a strange tree that started to grow on the same day Simon was born: the day the golden record landed back on Earth. Listen, understand, love: in the encounter with the tree and with the music, the experience of a child becomes the experience of the whole humanity, which thanks to him, rediscovers itself.