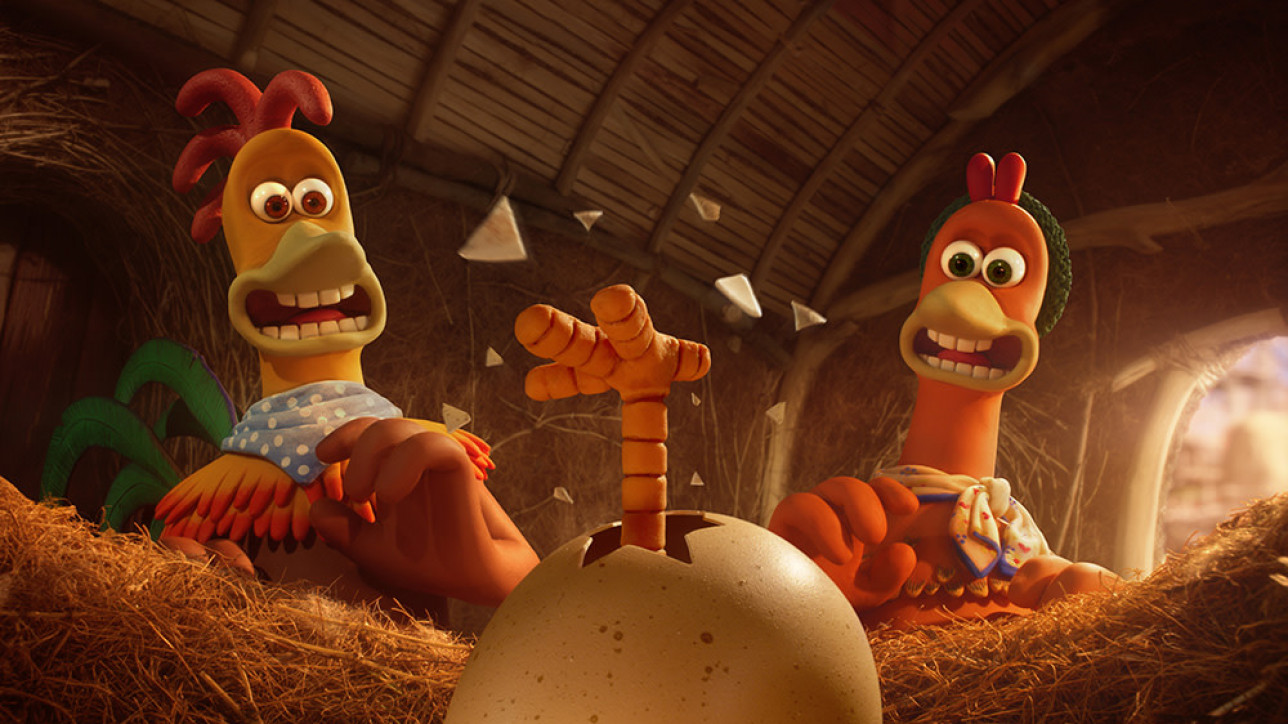 Aardman and Netflix have today announced the voice cast for our upcoming feature Chicken Run: Dawn of the Nugget, which comes home to roost exclusively on Netflix in 2023!

Directed by Sam Fell, the new film sees Ginger and all the chickens living the dream in their peaceful island sanctuary, far from the dangers of the human world. When she and Rocky hatch a little girl called Molly, Ginger’s happy ending seems complete. But back on the mainland the whole of chicken-kind faces a new and terrible threat. For Ginger and her team – even if it means putting their own hard-won freedom at risk – this time, they’re breaking in!

Combine a world-famous, four-time Academy Award® winning animation studio with a global entertainment company and what have you got? A match made in animation heaven.

Last year, Aardman and Netflix released the first fruit of our collaboration, the acclaimed musical Robin Robin, which recently made the Oscars shortlist and BAFTA longlist for animated short films. Directed by Mikey Please and Dan Ojari, our beautiful animated short has sincerity, humour, and a warmth that you cannot fake. Born out of our shared passion for animation, compelling stories and timeless characters, this partnership laid the foundations for two upcoming projects we’re excited to share new details about.

First up is a project incredibly dear to the hearts of Aardman, and something that everyone at Netflix is excited about. Chicken Run: Dawn of the Nugget, the eagerly anticipated sequel to the highest-grossing stop-motion animated film of all time, will be coming exclusively to Netflix in 2023. Over the years, a sequel was often discussed at Aardman but the studio needed the right story and the right partner. Following Robin Robin, another collaboration seemed like a no-brainer and the perfect time to bring back our poultry heroes to the world.

Like its 2000 predecessor, Chicken Run: Dawn of the Nugget is a comedy action-adventure. When your heroes have to summon up all their resources to break into an impenetrable fortress, and those heroes are chickens, then comedy is deep in its DNA. But there’s also a very moving family story at its heart. We’re thrilled to announce that Ginger and Rocky will be played by Thandiwe Newton and Zachary Levi, respectively. They’re fabulous together. Bella Ramsey will voice their headstrong daughter, Molly — a true chick-off-the-old-block who completes the family trio in this new chapter. Reprising their roles are Jane Horrocks (Babs), Imelda Staunton (Bunty) and Lynn Ferguson (Mac), joined by new additions Josie Sedgwick-Davies (Frizzle), David Bradley (Fowler), Romesh Ranganathan (Nick), Daniel Mays (Fetcher) and Nick Mohammed (Dr. Fry). Sam Fell (Flushed Away and Oscar-nominated ParaNorman) will direct the film, on which production is already underway.