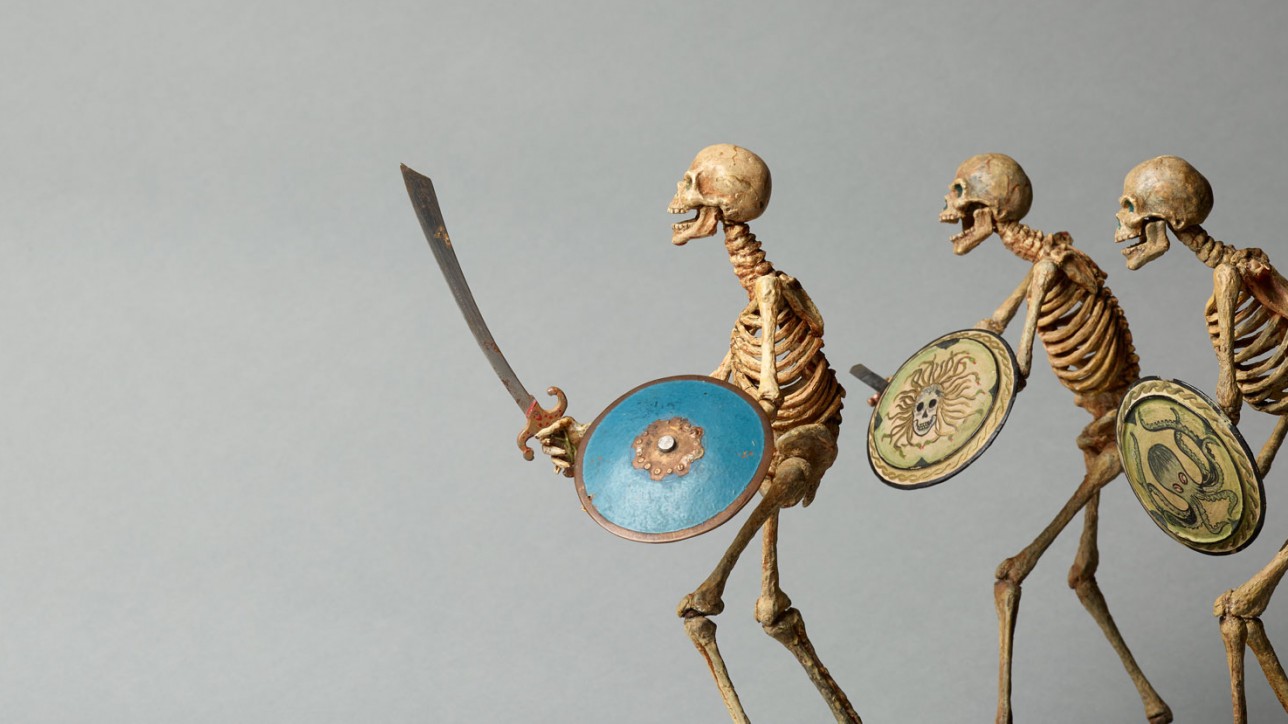 “Harryhausen stands alone as a technician, as an artist and a dreamer. He breathed life into mythological creatures he constructed with his own hands”
Ray Bradbury

Film special effects superstar Ray Harryhausen elevated stop motion animation to an art during the 1950s to 1980s. For the first time, highlights from Ray’s collection will be showcased, which will be the largest and widest-ranging exhibition of his work ever seen, with newly restored and previously unseen material from his incredible archive.

Ray Harryhausen’s work included the films Jason and the Argonauts, the Sinbad films of the 50s and 70s, One Million Years B.C and Mighty Joe Young, and a wider portfolio including children’s fairy tales and commercials. He also inspired a generation of film-makers such as Peter Jackson, Aardman Animation, Tim Burton, George Lucas, and Steven Spielberg, and his influence on blockbuster cinema can be felt to this day.

This exhibition is in collaboration with the Ray and Diana Harryhausen Foundation to celebrate what would have been his 100th birthday year. As part of a series of events and initiatives under the banner #Harryhausen100, this exhibition will be accompanied by screenings, workshops and more, bringing his creations to life once more and celebrating the legacy of a filmmaker who changed the face of modern cinema.