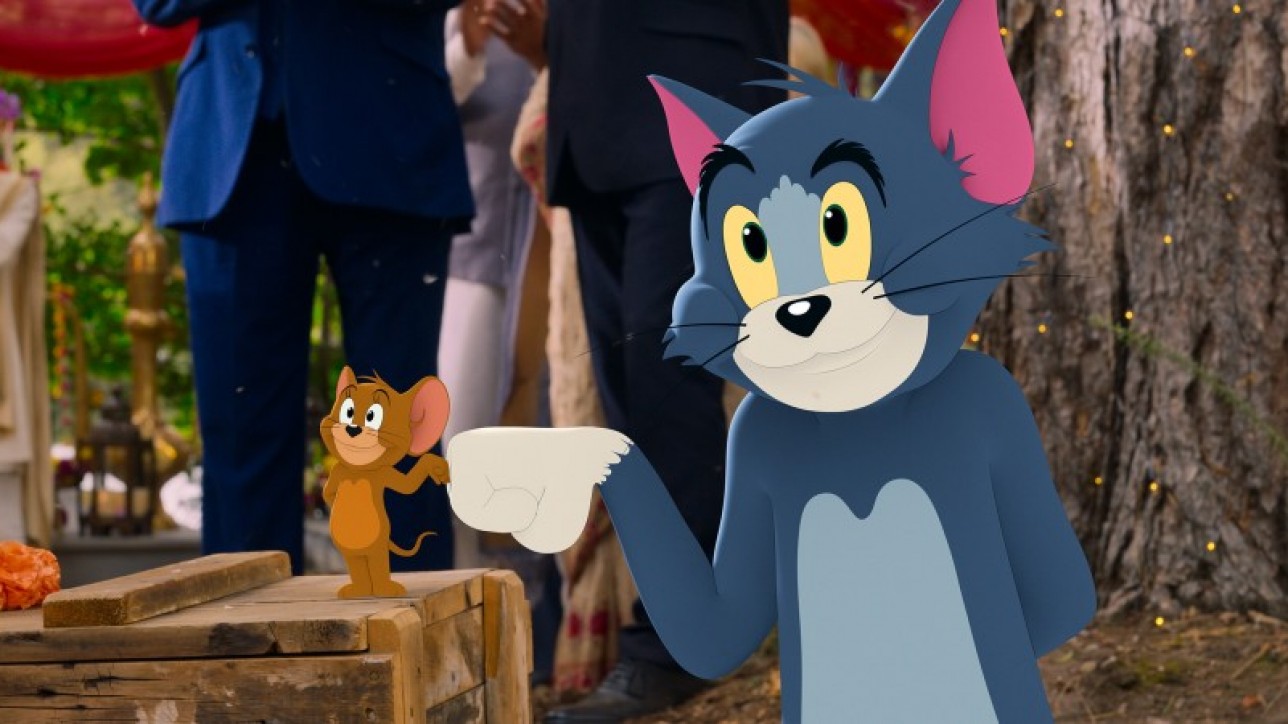 Press Release #8 – The Craft of Tom & Jerry, the Concept Art Track and the FMX Studio Program

Ludwigsburg/Germany, April 20, 2021. Only two weeks till FMX 2021! We wish to let you know about a few more highlights of our program that assembles exceptional media creators sharing their insights. These highlights include a presentation on the complexities of the unique hybrid feature Tom & Jerry, the Concept Art track which presents a series of speakers who are incredibly talented concept designers, and the FMX Studio that highlights Baden-Württemberg as Germany’s top location for animation and visual effects.

Tom & Jerry (Warner Bros., 2021) sees two of the world’s most famous cartoon characters tumbling into our own 3D world. Working across 1,165 shots, some 600 VFX artists and 100 animators were presented with the challenge of staying true to the classic 2D Hanna-Barbera characters the world knows and loves while enabling them to live, breathe and brawl alongside a human cast. Framestore’s Michael Eames, Arslan Elver, Kayn Garcia and Andy Kind will talk about the complexities of this unique hybrid feature, which demanded classic 2D animation craftsmanship and cutting edge VFX to allow the two worlds to seamlessly co-exist.

The Concept Art track at FMX 2021 curated by Patrick Hanenberger (Production Designer & World Builder, THE NEULAND) presents a series of speakers who are incredibly talented concept designers who use their illustration skills to convey complex ideas in a powerful way: Rachel Tiep-Daniels from Tonko House, Production Designer of The Spongebob Movie and Art director on the Netflix series ONI, will look at a cross section of her journey in becoming a Production Designer. Being one of the first 3D Concept Designers and Visual Development Artist, she has always been a trailblazer in feature animation and set a path for other artists to move outside the box. Also, join visual development artist Griselda Sastrawinata-Lemay’s presentation “Storytelling through Costume Design“ as she shares some of her favourite designs for Walt Disney Animation Studios, focusing on her inspiration and approach to costume design. Céline Desrumaux, award-winning production designer from Netflix Animation, will talk about designing the American-Chinese computer-animated musical family fantasy film Over the Moon.

FMX 2021 kicks off with a live opening broadcast from The Studio, May 4 at 10:30 am CET. Look forward to a brief and vivid introduction of the theme “Reimagine tomorrow” and a short overview of what you can expect from the next few days. The opening will be presented by former MTV Europe VJ, moderator and journalist Kimsy von Reischach, who will also be leading us through the studio program during the FMX 2021 days. The program of The Studio will focus on Baden-Wuerttemberg as Germany’s top location for animation and visual effects by highlighting the work of some of its most important studios and talents:

A panel by the Animation Media Cluster Region Stuttgart (AMCRS) will illustrate the advantages, synergies and success stories of the network. Among other speakers, the animated film directors and animation artists Angela Steffen and Julia Ocker, who have both created award-winning children’s series for Studio Film Bilder, will provide valuable insights into their experiences in creating series projects – from initial planning to marketing strategies. Furthermore, the AMCRS panel will look at educational challenges in a rapidly changing media world.

Other highlights of the studio program include a presentation on the VFX on Star Trek: Discovery by Pixomondo and Mackevision, and a panel discussion hosted by the VES Chapter Germany. Jan Adamczyk and Nina Pries will be joined by VES Board of Directors members Arnon Manor and Neishaw Ali from the USA. Other panel guests will be 1st Vice Chair of the Visual Effects Society, Emma Clifton Perry, from New Zeeland and Philipp Wolf, Co-Chair of the Health and Wellbeing committee, from Canada. Starting with a discussion about the newly formed Education Committee of the VES, it will continue with an interview and discussion about the equally new Health and Wellbeing Committee.

In the Studio program, you can also get a sight of the work of upcoming talents from Filmakademie Baden Wuerttemberg’s Animationsinstitut. Besides Visual Effects and Animation Graduation Projects, Technical Directing students will present results of their set extension workshop. This year, the workshop focused clearly on the integration of technological innovation, as the visual effects were realized with an LED wall instead of green screen technology.

Welcome on board! FMX Silver Partners AMCRS, Mackevision and Backstage:

Mackevision is a global market leader in CGI, designing and producing high-end 3D visualizations, animations and VFX for images, films and interactive applications as well as developing technological solutions for the future of image creation.

With more than 15 years of experience in the field of exhibition and event technology, BACKSTAGE Veranstaltungstechnik is a reliable and professional partner for exhibitors and experts on media questions. Its services include the rental of 3D technology, screens, video projectors as well as the setting up and removal of technical equipment.