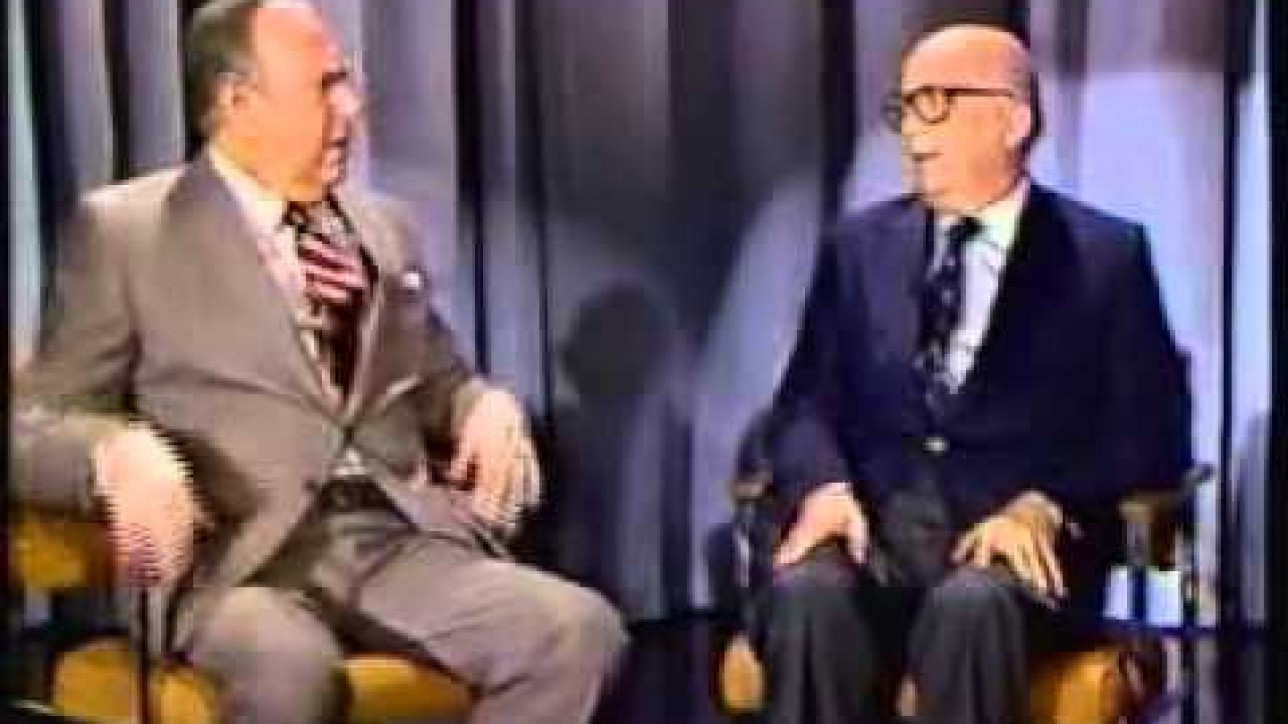 Bob and Ray was an American comedy duo whose career spanned five decades. Composed of comedians Bob Elliott (1923–2016[1]) and Ray Goulding (1922–1990), the duo’s format was typically to satirize the medium in which they were performing, such as conducting radio or television interviews, with off-the-wall dialogue presented in a generally deadpan style as though it was a serious broadcast.

Slow Talkers of America is the title of a classic comedy routine by Bob and Ray. It was released on their live performance albums The Two and Only and A Night of Two Stars. In the routine, Ray Goulding interviews Bob Elliot, who is playing the President „and Recording Secretary“ of the Slow Talkers of America. Instead of drawing his individual words out, Bob speaks the words at a normal speed, but leaves long pauses between them. Ray starts guessing what the next word will be, and speaking his guesses out loud during the pauses, in frustration at waiting. At first he is fairly successful at guessing what Bob is going to say, but soon Bob starts intentionally changing his responses to make Ray’s guesses wrong. Ray’s frustration increases until he can’t take any more, and brings the interview to an end.

The routine has been repurposed for the 2016 Disney animated feature Zootopia, using a sloth as the slow talker.