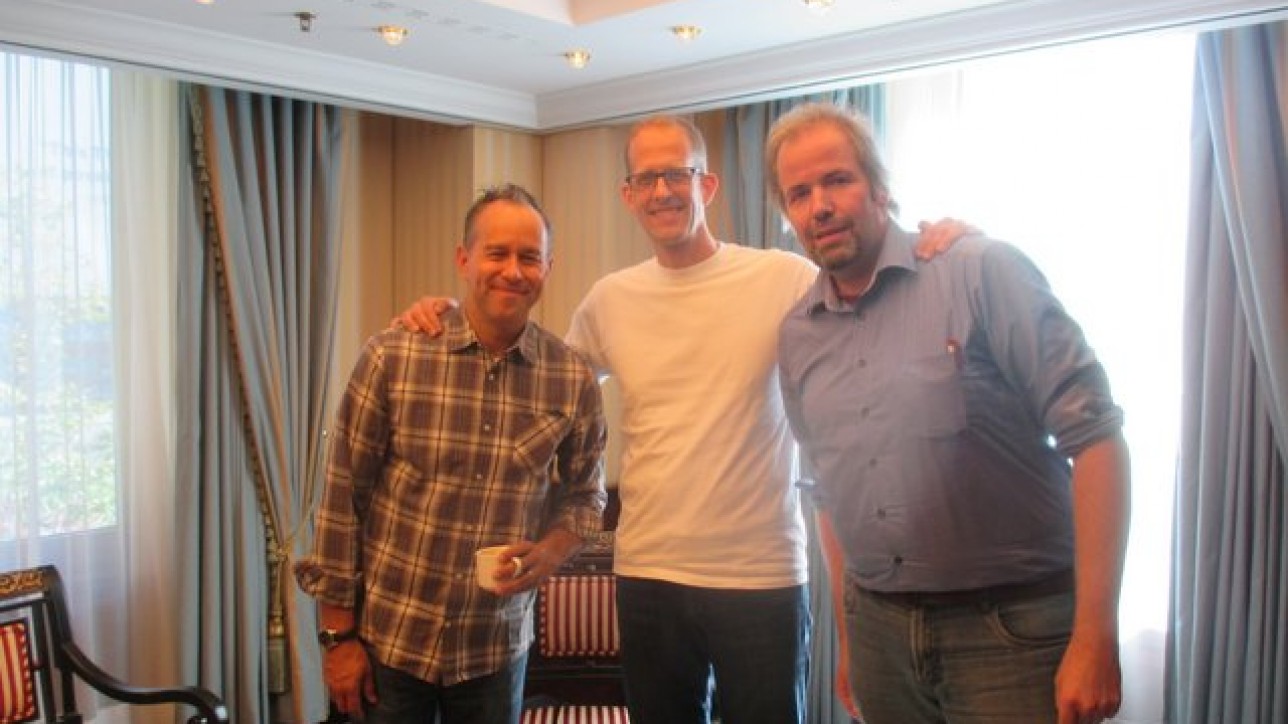 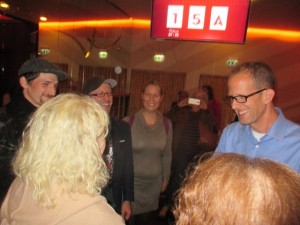 Johannes: Very interesting. This reminds me somehow that Animation as a medium seems not yet explored much like live-action is. There are much more possibilities to tell a story…
Pete Docter: Totally! Yeah! That is what drove us to push Toy Story as a Buddy movie, at that time, there was an unwritten rule: if it is animated, it has to be a musical!”. There is nothing wrong with musicals but I think animation can do as Brad Birds fun saying: you can do a horror film! You can do action adventure, you can do any numbers of things and yet we seem to continue to head down that road! I think we are guilty of that too, we could really push things!
Johannes: Do you think we will see that horror movie in the future? Or something like an Ingmar Bergman Film, because you pushed the limit here very much towards this direction?
Pete Docter: There has been already a couple of interesting movies. What’s the name of the Israeli movie? Waltz with Bashir! They are very personal! And while computers become more accessible, cheaper, – may be not in the sort of lavish, lush style that pixar films with the rendering that is a fairly time intensive process – but there is a lot of different ways you could create great looks and I think that would be really fun to see.
Jonas Rivera: Yes I think so too. Tomm Moore´s films are very sophisticated, almost like Lullabies of folk tales. But I also look back and I think Cinderella in the 1950ies is almost like a Douglas Sirk family melodrama with a happy ending. There have been moments in those films, on one level they have been Disney films with songs, but on another level there is a real sophistication to them. And that is sort of what I think that is exciting. We have done our best to push things forward and we look forward to doing that more. 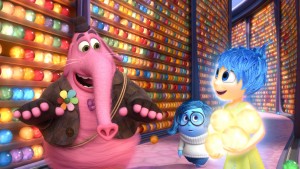 Johannes: I think, you will win the Academy Award for best animated feature film because of this terrific dinner sequence in the beginning, but I think also that you should win Best Film because of the Bing Bong character and everything connected to that. This was in my opinion new unchartered territory, something I have not seen before. Worse than death, he is forgotten. How did you come up with this?
Pete Docter: That was in stages. Bing Bong was initially part of a larger group of characters that were not longer relevant to Riley. Riley as a three, four year old kid, she would draw certain characters like this funny stick figure of a woman, a dog, a corner of the sun. You know, how kids will draw the sun, the corner of the sun coming on the page – the character then would move into the frame and that is all he was , a yellow pie slice!
Jonas Rivera: They were in jail! It was really funny!
Pete Docter: Yes, they were in Jail. And then that story changed and the Bing Bong character came somehow forward. And then we realized what he is doing. He is presenting the spirit of childhood. So when Joy had to get out of the Dump – oh my gosh, I knew exactly how this is all gonna play through. So it was all kind of one step at a time. A discovery, who he is and what his role in the film could be and what he represents. In the end I hope that he is not completely forgotten, the events, certain memories Riley has of playing with Bing Bong, the rocket and things, those are still around but Bing Bong as a character of course represents the spirit of childhood, which as much as we want to preserve and hold on to that is one of the sadnesses of life, which the films talks about, is when you grow up you know you cannot hold on to that forever, you can hold on to the spirit of it but the reality of being a kid you know, you have to be an adult, you have to live and exist in the adult world
Jonas Rivera: What I like very much, in the face of the event that riley is going through, is when he is gone – she recovers of course, there is a nice moment there,- she did go through this it was traumatic right and somewhere in there in her mind Bing Bong stepped away…
Johannes: At this moment, the film becomes all grey and monochromatic, a very uncomfortable moment and then you bring in the comedy again by the character of fear breathing into a bag to calm himself.
Pete Docter: Oh this was Ed Cadmull´s joke! That is the one joke that Ed Cadmull has ever written into one of our movies.
Jonas Rivera: And you have to know that Ed is not known for his comedy charms! 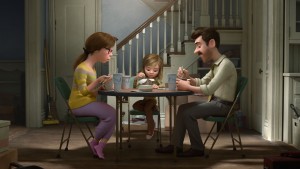 Johannes: It is unbelievable how clever you establish the entire world of the movie in the first 15 minutes, which culminates into this fascinating dinner sequence. How long did that take?
Pete Docter: This is largely the work of my co-director Ronnie Del Carmen while we were exploring the idea, he came up with this set piece of a dinner. John Lassetter had from the beginning recognized the fun of going to different people’s minds to show the outside versus the inside, the fun of that. That combined brought that dinner to life. In terms of where it went into the film we played around with it for quite some time but Ronnies first pass was pretty accurate. it was very early on but he made a great job to embed it into the film took advantage of that storytelling
The thing I liked about it was, in a film you feel like okay there are a number of cards on the table and you feel like: these are the cards I am gonna playing with now for the rest of the film – and about that time we threw in another card of going into the parents brains too.
Johannes: This must be hell to choose from all the ideas and gags, all those possibilities. You can see all the stuff, the ideas in the movie, for instance the brilliant gag about the crates filled with facts and opinions, to choose must be hell!
Pete Docter: Fortunately a lot of times the story kind of tells you what belongs where. That joke I wrote I put it in the movie three other times and it fell flat. Just no response. And it was crafted incorrectly and it was in the wrong place and finally, even so I remember Kevin our editor said to me: “Really? You want to try this again?” and I responded: “Yes, Yes. It can work this time!” And for whatever reason it found the right place, so…
Jonas Rivera: A quick thing I can tell you about that joke: my son is four, and this joke is one of those moments, people say this a laugh for adults and he was seeing it for the first time sitting on my wife´s lap and he laughed hysterically and I was thinking, there is noooo way, that he could have understood this and I asked my wife “he laughed at the facts and opinions joke?” She said, He laughed because they spilled the crates! Great – for him somebody knocked something over and this is funny – when he gets twelve or so, he wil get the real joke then!