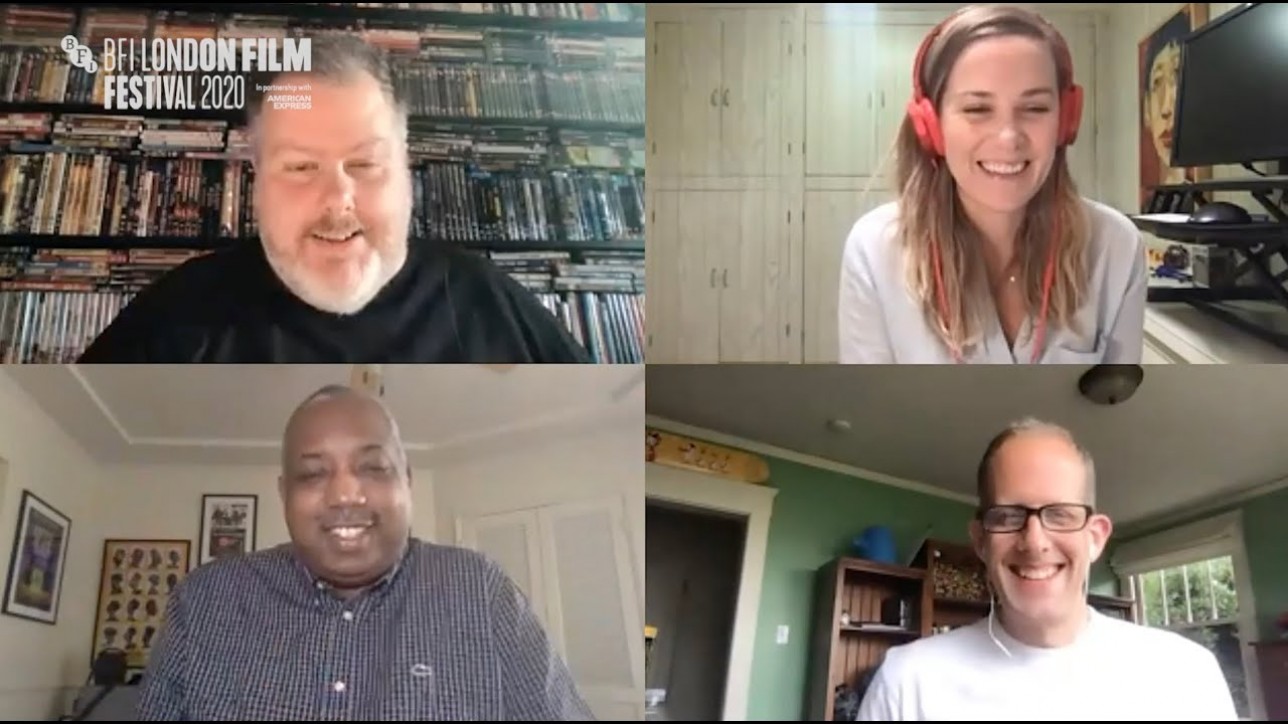 Co-director Pete Docter, co-director and writer Kemp Powers and producer Dana Murray talk to the BFI’s Justin Johnson about the Disney-Pixar animation, Soul, which is screening at the 2020 BFI London Film Festival. In Soul, Jamie Foxx is Joe Gardner, a music teacher who lives for his art. Just as his professional career is about to take off, a fateful mishap finds him embarking on an unexpected journey of self-discovery to The Great Before, an incredible place where new souls are born. Unfolding across a series of beautifully realised worlds, Soul takes a refreshing look at how we become ourselves. With an all-star cast that includes Hamilton’s Daveed Diggs, Angela Bassett and Tina Fey, Docter and co-director Kemp Powers along with producer Dana Murray have crafted a universal narrative that will appeal to all ages, and a universe that is as smart and life-affirming as it is funny and exciting. The perfect film for your heart, body and, well…soul.