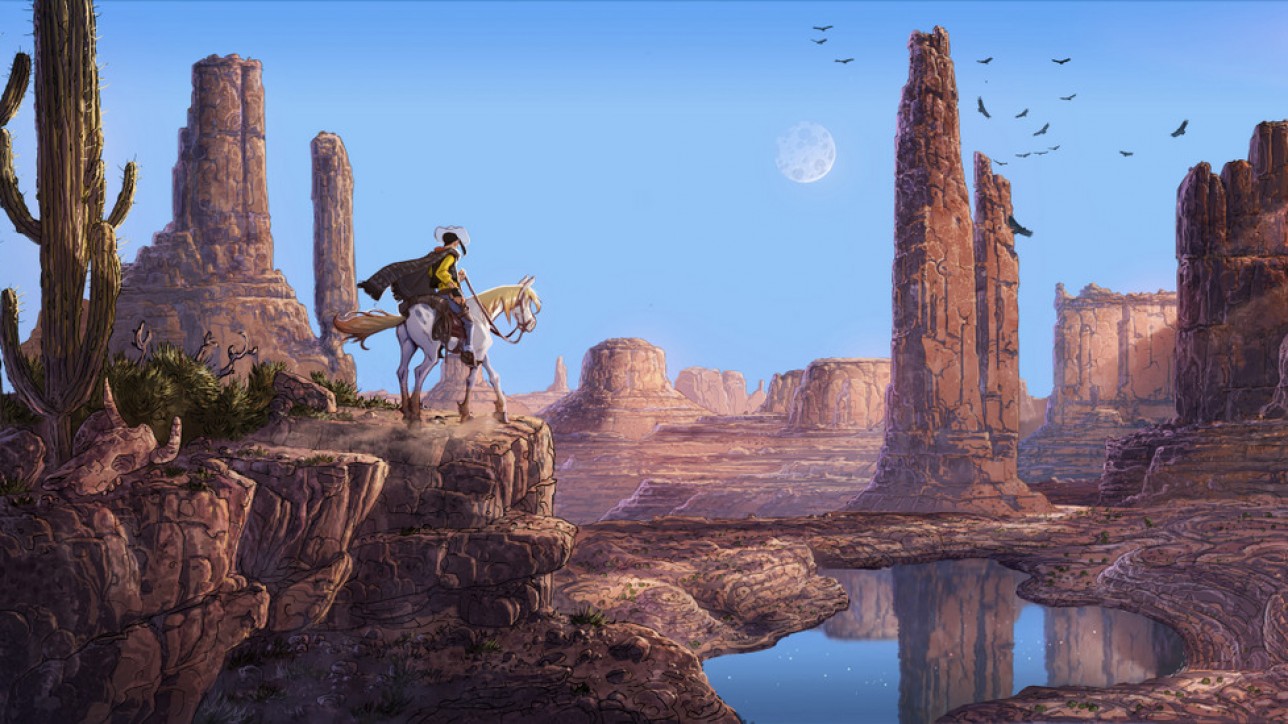 PAN-EUROPEENNE, MAYBE MOVIES and MEDIA PARTICIPATIONS, through its production companies DARGAUD MEDIA and BELVISION, are pleased to announce that they are co-developing 2 animated feature films adapted from the comic books LUCKY LUKE and THE LEGENDARIES.

For MAYBE MOVIES, it is also a reunion with MEDIA PARTICIPATIONS, after ZOMBILLENIUM, co-produced with BELVISION and DUPUIS EDITION & AUDIOVISUEL, in Official Selection at the 2017 Cannes Film Festival, in Competition at the Annecy International Animation Film Festival in 2017, and nominated for the César for Best Animated Feature Film 2018.

Julien Papelier (Head of Audiovisual at MEDIA PARTICIPATIONS): „We are very pleased with this association with two major players in the film industry. One is used to producing large-scale films of international renown, and the other specializes in animation, with high-quality and popular auteur films. These first two projects are just the beginning of a long adventure, based on our complementarity.“

Nathalie Gastaldo Godeau (PAN-EUROPÉENNE) : „After many years of harmonious collaboration with BELVISION, we are delighted to move towards animation with them and our meeting with Maybe Movies completes this project. Working on the adaptation of two intergenerational comics that are exported all over the world is an extraordinary opportunity. It’s a chance to reinvent what has been done and to reinvent ourselves. A very exciting challenge, it really takes the three of us to bring you the best!“

Henri Magalon (MAYBE MOVIES): „We are very proud to combine our talents with those of Média Participations and Pan Européenne to take up the challenge of adapting two monuments of European comic books. For the first time, families will discover their favorite heroes in two ambitious 3D CGI films brought to life by a brilliant creative team. It’s a real thrill to culminate our years of work with Celine, Antoine and Guillaume to bring the original spirit of these works to today’s children.“

„LUCKY LUKE“ will be directed by Guillaume Ivernel („Dragon Hunters“, „Leap!“, „Spycies“). The writing phase is entrusted to Céline Ronté and Antoine Schoumsky in collaboration with Jul who brilliantly signed the recent albums of the famous cowboy. The comic book series Lucky Luke, created by Morris, is published by DUPUIS and LUCKY COMICS. 105 albums, including 41 co-written with Goscinny, have been published to date and sold more than 420 million copies in 100 countries and in 18 languages.

„THE LEGENDARIES“ is adapted from the comic book series by Patrick Sobral, published by Delcourt, of which more than 7 million copies have been sold. The script for this feature film has already been completed by Antoine Schoumsky in collaboration with Hélène Grémillon, and will also be directed by Guillaume Ivernel.