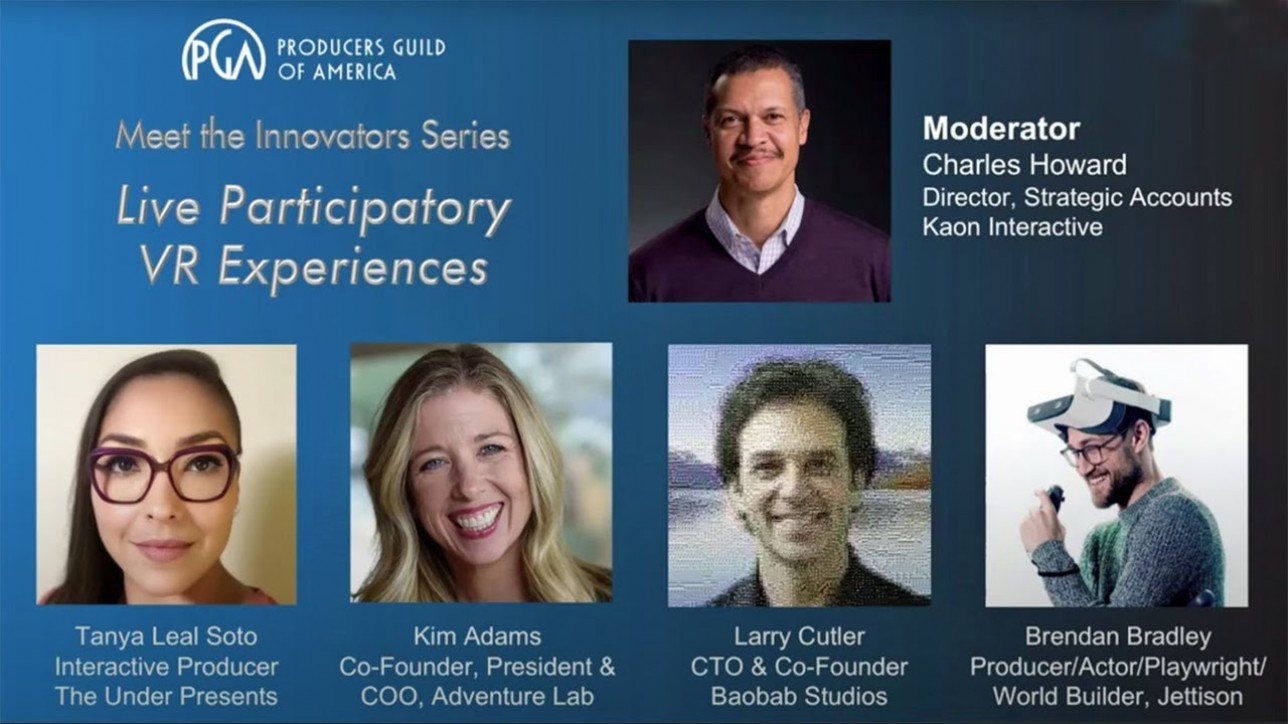 Today’s panel introduces four of the 12 finalists in the Producers Guild of America Innovation Awards with a focus on live participatory narrative-based performances in VR. Presentations include:

* Dr. Crumb’s School for Disobedient Pets — a time-based puzzle adventure game for up to four players with a live actor who plays two characters in the game

* Tanya Leal Soto (Interactive Producer, The Under Presents) Recorded May 4, 2021.