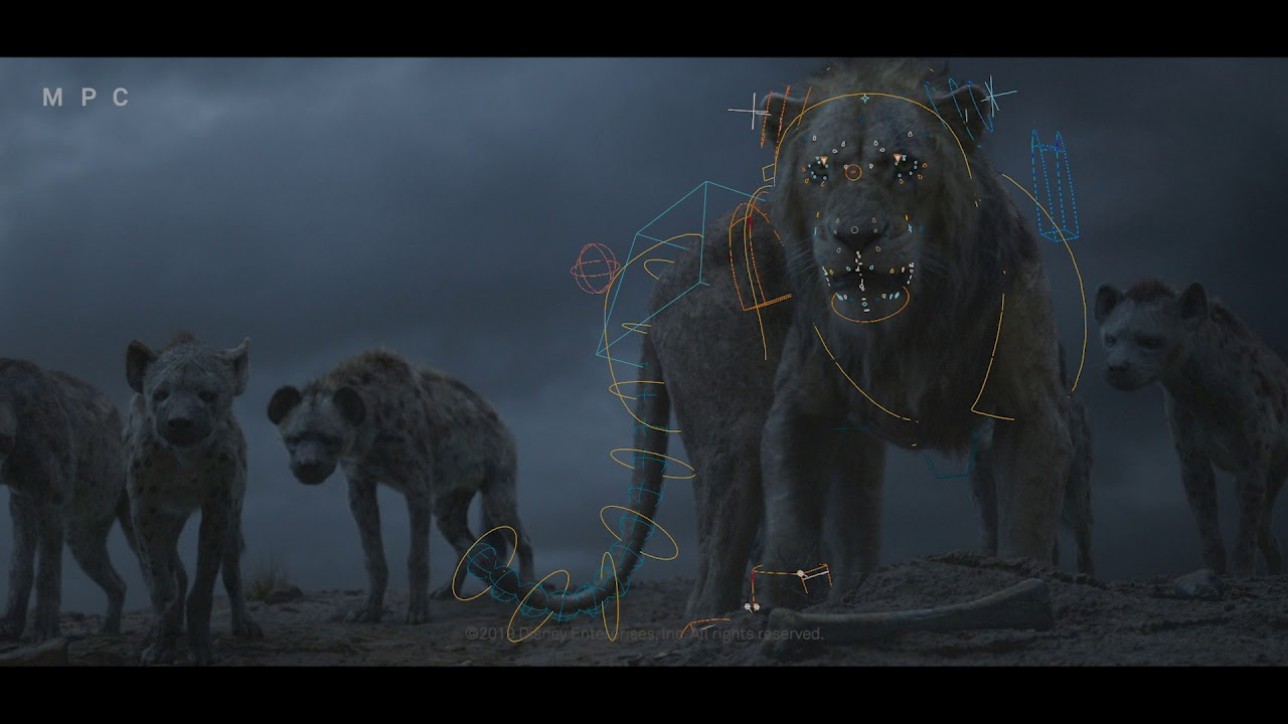 To create Scar, the team began with referencing concept art to guide
the design of the character. The modelling team used this art and photography of lions to find Scar’s shapes and form. After the modelling process, the groom work, rigging and shading began at an early
stage, in parallel with render tests showing the character with fur and textures. The rigging tools continually developed as the project went along, from the real time virtual production rigs, to detailed muscle and skin workflows.

The animation and rigging teams worked together to build on previous systems. Focus was placed on Scar’s nuances from his subtle facial animation, realistic snarls and wrinkles to what happens to the skin and fur as his claws retract. A high level of detail was placed on his eyes and the skin surrounding them, the team even brought in veterinary specialists to learn specificity about the structure. Muscle simulation tools were developed to have greater connectivity with Scar’s skeleton, this allowed us to collide soft tissue with skeleton which helped to preserve correct anatomy and volume.

To make Scar’s fur look as lifelike as possible, a ground-up rewrite of the studio’s fur shader was worked on, as well as melanin-based colour palettes for the artists to use. Groom FX simulations were developed to create realistic effects for wind and rain interactions.

For Scar’s animation, the team studied hundreds of hours-worth of reference clips from Planet Earth, a shoot in Kenya and footage taken at Animal Kingdom to achieve a new level of detail in terms of the characters performance. Scar was entirely key frame animated and crafted entirely by hand. Human facial muscles are very different to that of a Lion’s and so Scar’s facial animation required a great deal of artistic judgment to convey his emotions without losing the realism of a Lion. The animation process was very time consuming, requiring numerous iterations to get to the right level of performance and believability.