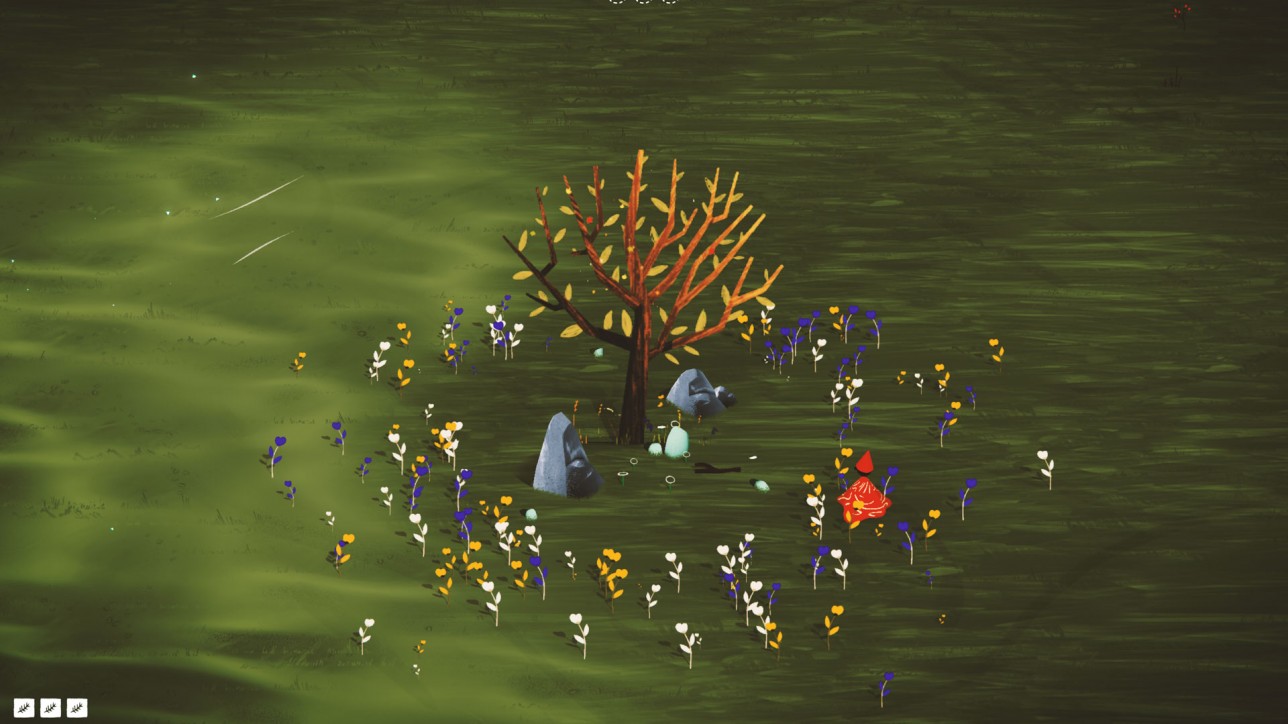 Symbolizing the give-and-take relationship humans have with nature, players move a mystical character through forest, grasslands and tundra in search of poetic tokens dotting the landscape. When activated, they reveal words hidden in the wind, breathing new life into the nearby flora and fauna. Leaves stir and flowers spring up in the character’s footsteps. Birds and butterflies emerge. As the player continues on their journey, these uncovered words combine into verse, expressing our eternal need to capture nature’s fleeting moments in poetry. 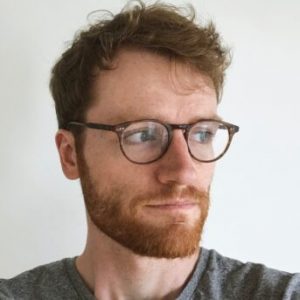 The assets are assembled in real time, making use of generative algorithms, artificial intelligence and machine learning. The poems and visuals an individual player sees today won’t appear in the exact same way again. Their particular journey only exists once they load the webpage.

Hand-illustrated by Tiffany Beucher and animated by Guillaume Le Roux, the art assets are placed into the experience programmatically through code. A combination of illustration, 2D animation and 3D modelling delivers a seamless interactive WebGL2 landscape, magically assembled by way of procedural generation. The verse fragments are derived from a mix of GPT-2 AI and data-mining software, and then recombined during gameplay according to the player’s unique exploration.

This 5–15-minute art game is produced by Nicholas Klassen and executive produced by Rob McLaughlin for NFB English Program’s Digital Studio in Vancouver.

Matt DesLauriers is a Canadian-born artist and creative coder now living in London, UK. His interactive installations have been displayed in special events at the Louvre Museum in Paris and the Art Gallery of Ontario in Toronto. His work was part of Reykjavik’s 2019 Winter Lights Festival in Iceland and Ontario Place Park’s 2018 Winter Light Exhibition in Toronto. Matt is active in the open source community and has given numerous talks, classes and workshops on creative coding, including at UCL Bartlett School of Architecture in London, FITC in Toronto and Amsterdam, Frontend Masters in Minneapolis, and GROW in Paris.

Nicholas Klassen is a producer with the NFB’s Digital Studio, working with artists and media makers to produce interactive storytelling works that push the boundaries of story, form and platform. His projects have been recognized by the Webbys, FWA, Communication Arts, World Press Photo, and Columbia University’s Digital Dozen Breakthroughs in Storytelling. Klassen’s recent productions include Evie Ruddy and Tracey Lebedovich’s Un/Tied Shoes, Nettie Wild’s Roundup and Joella Cabalu’s First Photo Here. Prior to his work at the NFB, Nicholas co-founded the online strategy and design agency Biro Creative and served as Senior Editor at Adbusters magazine.

Poem verses adapted from Haiku Dataset by Harshit Jhalani, licensed under CC BY 4.0