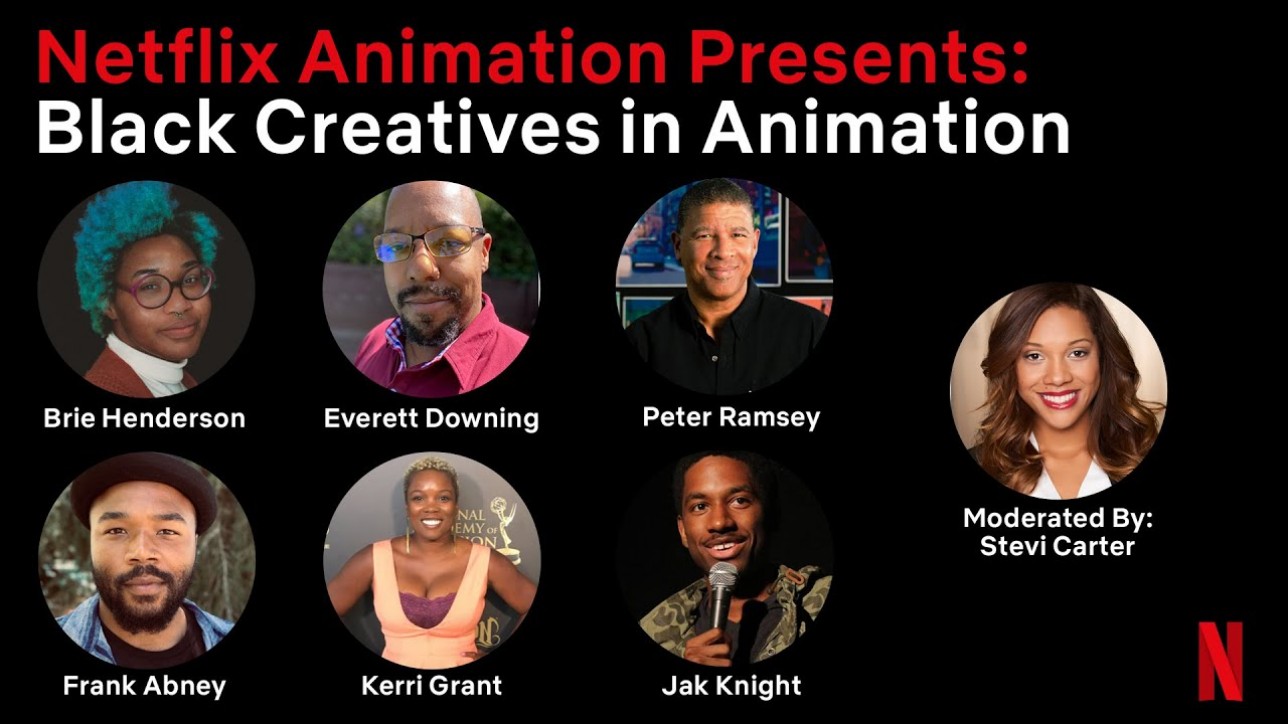 Hosted by Netflix Animation, this is a virtual conversation on being Black in Animation and how we can cultivate diversity and community in the future. Featuring: