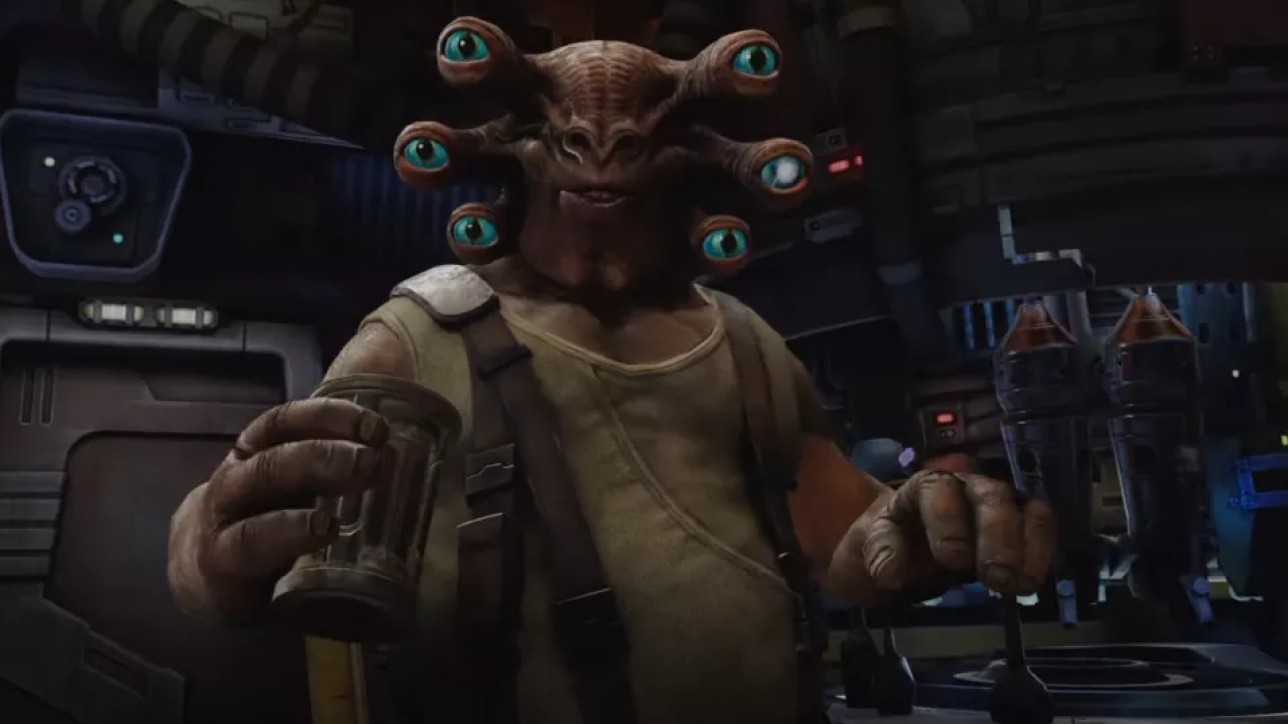 Star Wars: Tales from the Galaxy’s Edge launches on November 19 exclusively on Oculus Quest.
In this action-adventure virtual reality experience, you’ll travel to the planet of Batuu and get caught up in your own unforgettable story. Fight alongside classic characters, and face intimidating villains, as you explore all-new regions and eras of the Star Wars galaxy. With multiple difficulty settings, Tales from the Galaxy’s Edge has been crafted for all types of players and fans.  The experience takes place on the outskirts of Black Spire Outpost of Star Wars: Galaxy’s Edge, the epic land at Disneyland Resort in California and Walt Disney World Resort in Florida. You’ll play as a droid technician operating near Batuu, but when a group of Guavian Death Gang pirates attack you’ll be forced to jettison the ship’s mysterious cargo and head for an escape pod. After crashing on Batuu, you’ll explore the outskirts of Black Spire Outpost, and learn how the actions of one person can change the galaxy.
Follow ILMxLAB on Instagram: https://www.instagram.com/ilmxlab/
Like ILMxLAB on Facebook: https://www.facebook.com/ilmxlab/
Follow ILMxLAB on Twitter: https://twitter.com/ilmxlab