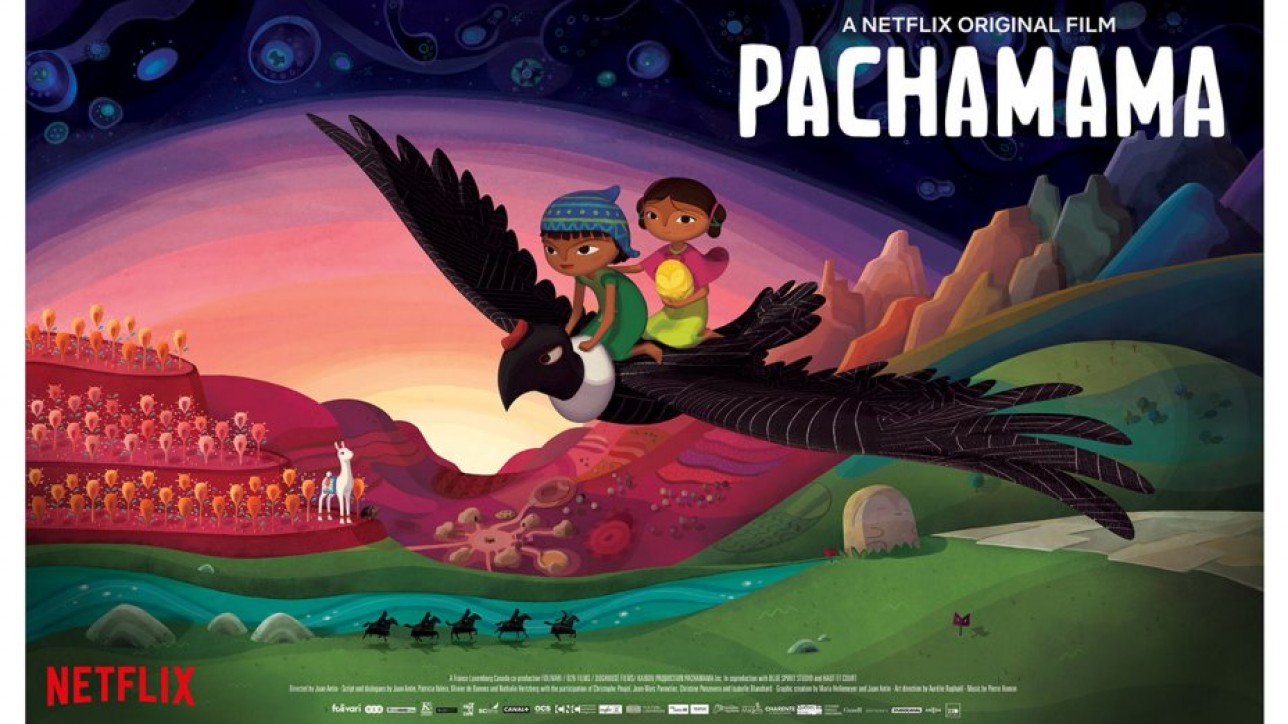 To celebrate this Friday’s Netflix debut of Writer/Director Juan Antin’s (Mercano the Martian) hybrid animation adventure film, Pachamama, we are pleased to share the following trailer and images!

We hope you will post and share the news that the film will be available for viewing starting THIS FRIDAY, JUNE 7th on Netflix in over 180 countries!

Pachamama is a hybrid animation adventure film about a young boy living in a remote village in the Andes Mountains. The film follows Tepulpaï, a mischievous 10-year-old who dreams of becoming a shaman. As the villagers are gathering to make an offering to their great spirit Pachamama, the ceremony is disrupted by an Incan overlord who confiscates the town’s golden statue. Tepulpaï sees the chance to show his mettle and sets off to recapture the irreplaceable treasure, joined (whether he likes it or not) by his friend Naira and her smart-talking pet llama. Together they make a journey across uncharted lands, full of unknown obstacles and dangers.

The film features an original score by Pierre Hamon, recorded with thousand-year-old pre-Columbian instruments, and the song Somos la Nueva Tierra is written by Antin and arranged by Hamon and Marc Hazart. The graphic creation is by Antin and Maria Hellemeyer.