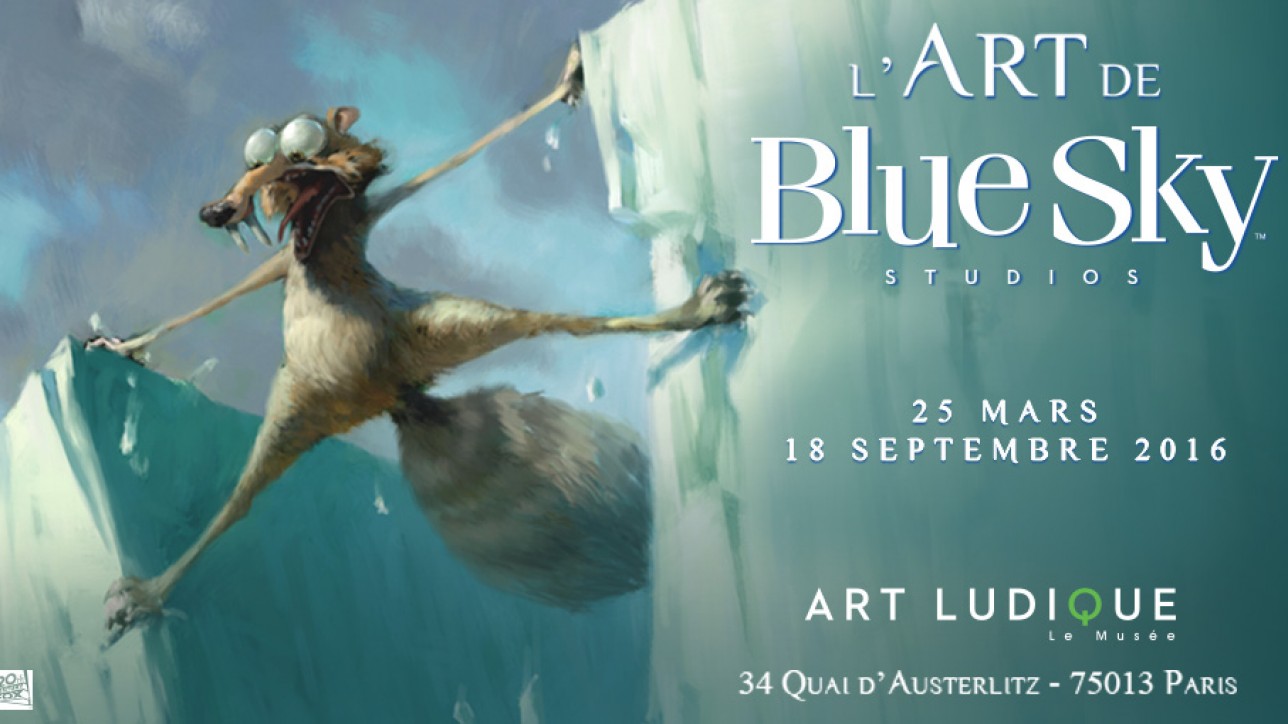 Over 800 pieces of artwork from Blue Sky Studios – the animation team behind the beloved
Ice Age franchise – will be exhibited at Art Ludique-Le Musée beginning on March 25. This unique collection of drawings, paintings, and sculptures celebrates the origins and evolution of the cherished Ice Age characters Scrat, Sid, Manny, and Diego.

The exhibition, highlighting the distinctive artistry of Blue Sky Studios’ films including Robots, Epic, Horton, Rio, The Peanuts Movie and others, showcases the studio’s artists and filmmakers through numerous interviews and video clips. Conceived by Art Ludique-Le Musée in collaboration with Blue Sky Studios includes a remastered presentation of Bunny,  Academy Award® Best Animated Short recipient in 1999, as well as an exclusive projection of Ice Age: No TIme For Nuts short starring the legendary Scrat.

For the first time ever, the original drawings and paintings from Ice Age: Collision Course, Fox Animation and Blue Sky Studios’ summer 2016 animated release, will be displayed.

The exhibit will also showcase a selection of major artworks from the prestigious Society of Illustrators’ collection, shining the spotlight on America’s east coast pioneers of animation and illustration from the beginning of the 20th century. This wonderful legacy has inspired so many filmmakers, including the great artists, animators and directors of Blue Sky Studios. 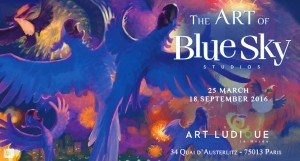 The Art of Blue Sky Studios” follows the successful exhibitions at Art Ludique-Le Musée of “Pixar, 25 years of Animation” and “The Art of Marvel Superheroes”, ranked in the top 15 most visited exhibitions in France in 2014. Additional exhibitions celebrated at the museum include “Studio Ghibli, Layout Designs” from the mythical Japanese studio of Hayao Miyazaki, “Aardman, Art That Takes Shape” and “The Art in Video Games – French Inspiration”, a worldwide premiere dedicated to the artists of French creative industries, revered by both the media and public.

Once more designed by the museum team, the breadth of outstanding animated work from “The Art of Blue Sky Studios” collection naturally fits into the programming of the first museum in the world dedicated to contemporary figurative narrative art arising from Entertainment: Art Ludique! 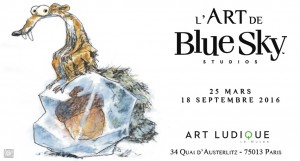