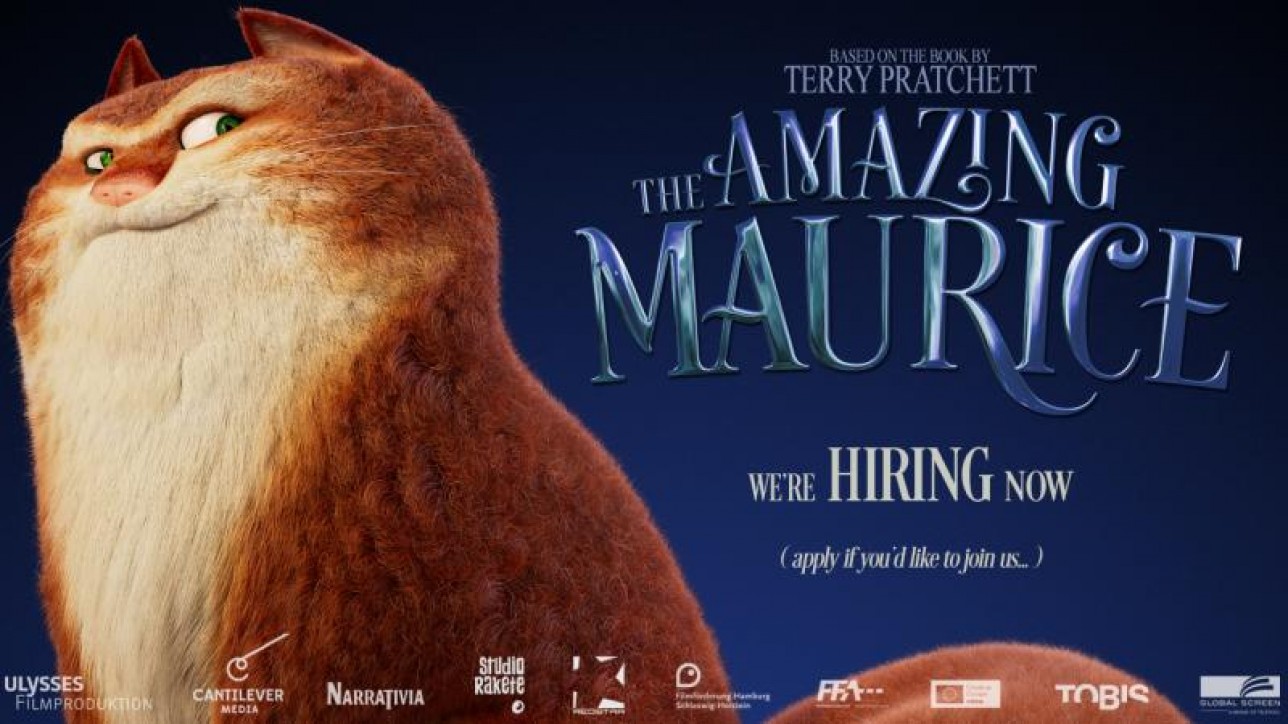 We’re looking for artists across the board – characters, environments, shading, layout, animation and effects. Our recruitment site is up and running here https://lnkd.in/gYZf83s

In 2019, our first animated feature film Stardog & Turbocat starring Luke Evans, Nick Frost and Gemma Arterton was released worldwide, including the US. Our extensive library of 3D/4D attraction films have entertained audiences in hundreds of visitor attractions around the world; and garnered critical acclaim with dozens of awards and nominations in major international film festivals.

We now embark on our second feature film production: The Amazing Maurice! adapted by screenwriter Terry Rossio from the award-winning (and awesome) novel by Sir Terry Pratchett. The film is being produced with Cantilever Media in the UK and Ulysses FilmProduktion in Germany.

It’s really ever so exciting and we hope you’ll join us.