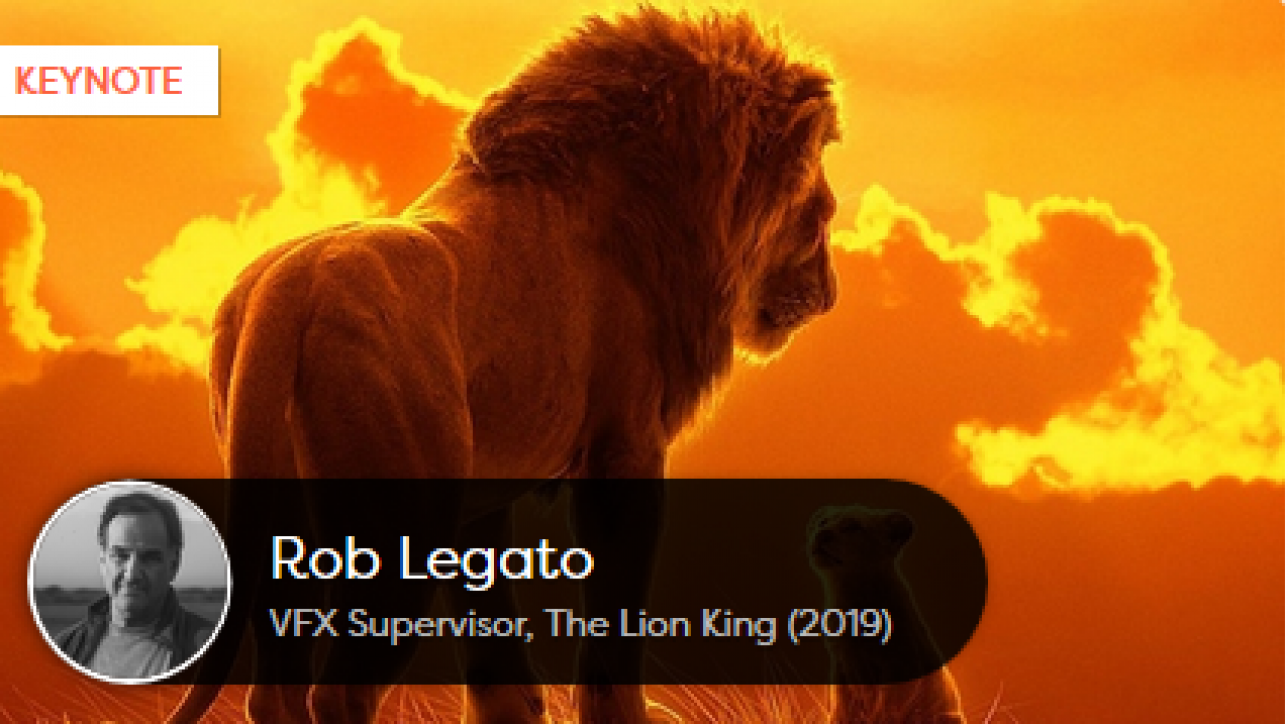 After a career in Television for Paramount Pictures, Rob Legato joined the newly formed Digital Domain, a visual effects company founded by James Cameron, Stan Winston and Scott Ross. For Rob’s first feature assignment, he became the Visual Effects Supervisor, 2nd Unit Director and VFX Director of Photography for Neil Jordan’s „Interview with the Vampire.“ This first feature led to Ron Howard’s „Apollo 13″ with Legato serving as the film’s Visual Effects Supervisor and Director of Photography for the VFX unit. Mr. Legato earned his first Academy Award nomination and won the British Academy Award’s BAFTA for his effects work in “Apollo 13.“

His next feature assignment, James Cameron’s “Titanic,“ spanned the next several years and proved ultimately to be one of the most successful films ever made. Besides earning Mr. Legato his first Academy Award®, the film went on to win a total of 11 Oscars® (including Best Picture and Best Visual Effects) and became the highest grossing movie of all time. Mr. Legato also offered some last minute assistance to Martin Scorsese’s production of “Kundun“ and Michael Bay’s film “Armageddon.“

Rob’s next assignment as VFX Supervisor and 2nd Unit Director/Cameraman was on Martin Scorsese’s epic 3D film “Hugo.” “Hugo” was nominated for 11 Oscars® and 11 BAFTAS, including Best Picture and Best Visual Effects. “Hugo” was ultimately awarded the Oscar® for best Visual Effects, as well as three VES Society Awards and an International Satellite Award.

Rob’s last assignment for Martin Scorsese was the Leonardo DiCaprio starring “The Wolf of Wall Street”. Rob served as both the film’s 2nd Unit Director/Cameraman and Visual Effects Supervisor. Rob’s latest film is Disney’s Jungle Book and he also served as the 2nd Unit Director/Cinematographer and Visual Effects Supervisor. “The Jungle Book” received an Academy Award, British Academy Award, five VES Awards as well as the Critics Choice Award, among several others, for Best Visual Effects for 2016. Rob is currently in post-production on Disney’s “The Lion King” which is slated for release on July 19, 2019. 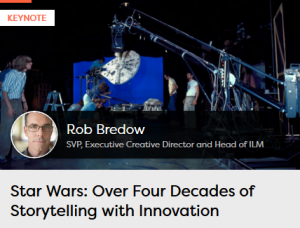 With a focus on the creative approach, Rob Bredow will highlight some of the most innovative visual effects in this series of films spanning over forty years of work at Industrial Light & Magic. From „A New Hope“ to „Solo: A Star Wars Story“, from motion control to fully digital characters, the saga provides both a historical reference and points to the creative future of visual effects.