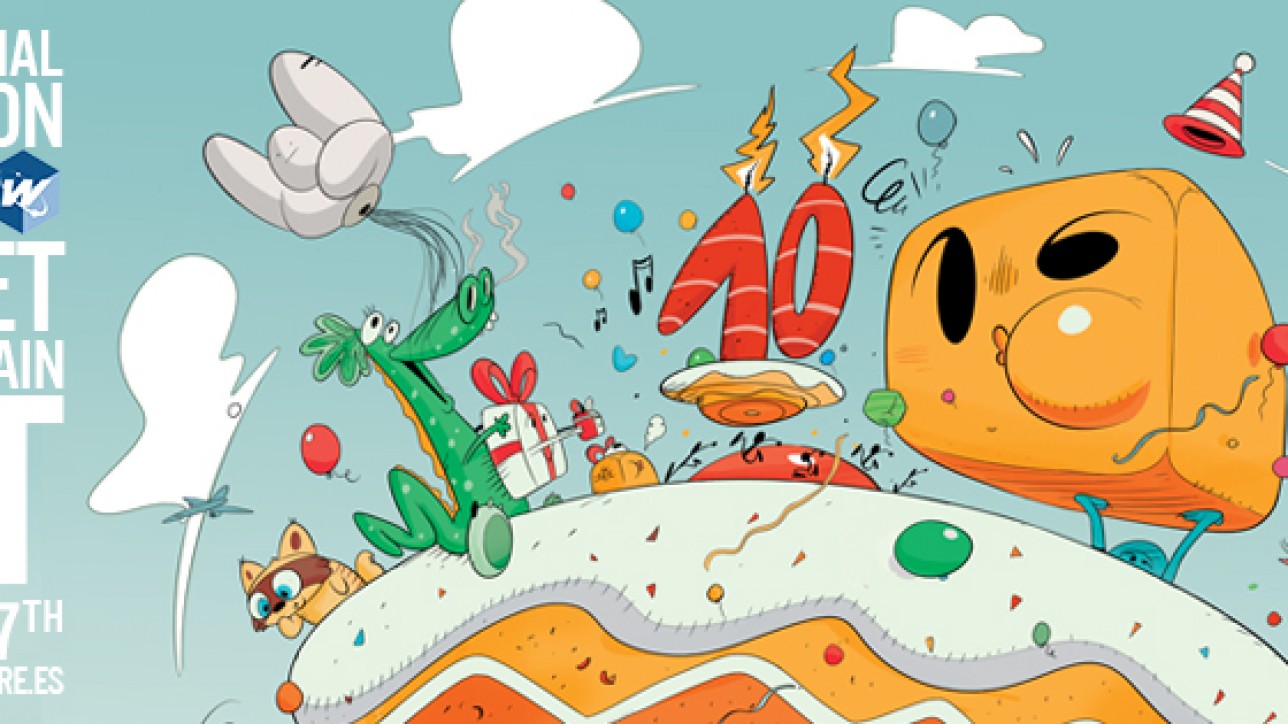 3D WIRE 2018 CALLS FOR THE BEST ANIMATION, VR, VIDEO GAMES, TRANSMEDIA AND WEBSERIES PROJECTS AT THE SAME TIME THAT CONFIRMS THE PRESENCE OF MARIANO MELMAN-CARRARA FROM NEXUS STUDIOS

The call for animation, VR experiences and video games projects consolidates its Portuguese-Spanish scope after being opened to the whole peninsula in the last edition and has the collaboration of the Embassy of Portugal in Spain.

For the second consecutive year it opens an international call for online animation series with Átomo Network as main collaborator.

Only projects from companies or production companies registered in Spain or Portugal can participate. A maximum of 3 projects per company may be submitted. All animation techniques and formats are accepted in the categories of short films, feature films, animation series and video games, as well as apps and projects developed in virtual reality where the animation has a notable presence.

Both short films or audiovisual pieces of a narrative nature, such as experiences or video games can participate in the VR (Virtual Reality) category.

In addition to being eligible for different awards, several projects may be selected to receive business and creative consultancy from international animation and video games experts, with different professional profiles (producers, distributors, buyers, publishers, televisions, etc.).

The public entity, RTVE, keeps its interactive awards to the most innovative video game and VR video game. These awards are granted by the Interactive Media Department of RTVE; where the selected project can be presented to the Interactive Directorate of RTVE.

Moreover, Movistar+ supports, for the third consecutive year, the call granting the Short Film Project Prize Movistar+. The short film selected in this section will obtain the acquisition of the rights of emission by Movistar+ for 9,000 euros during the term of 2 years and unlimited number of passes, being the first year in exclusivity. In addition, the short film will be officially released in the 2019 or 2020 edition of the 3D Wire Market. The past edition, “ Blue & Malone: ​​Impossible Cases“ by Abraham López, got this award.

New this year, among all the participant animation series projects whose director or production company is their first or second series, il will be granted the recognition to the Best Young Creator Animation Series Project, offering a free accreditation for the next edition of Annecy-MIFA (MIFA professional accreditation).

3D Wire has a unique view where animation, video games and new media create synergies merging in a single stronger industry sector. It understands that the development of these industry sectors involves new actors. Nowadays, the way we consume and share content is changing, being more interactive. So that projects are not anymore only animation or video game but a transmedia product; that also implies breakthrough technologies and new devices such as augmented reality, 3D printing, gamification, connected toys, wearable technology … This call for projects is focused on this kind of innovative projects.

The main aim of this call is to encourage and facilitate European coproduction to reinforce European A/V sector capacity to operate transnationally. To foster European animation & games market, increase the visibility and circulation of EU projects and help to find new partners to finance, develop and create strong European IP transmedia projects.

Animation, games or new technology devices projects that can complete and enhance the transmedia experience can be submitted. New tech devices and projects have to be related to animation or video games.

In order to apply, the projects must be developed by European producers or in coproduction with European countries. They also have to be designed to be distributed in at least two different platforms.

3D Wire dedicates this call to online animation series open to all the whole world.

For both prizes the series should be directed to a target Kids (6-11), Teen (12+) or adult (18+), but in no case to Preschool. And it will be imperative that there are at least 5 episodes produced to aim for this award.

These awards will be given among those online animation series projects that express their desire to participate and accept the conditions of the Átomo Network Awards (above mentioned).

In addition 3D Wire and Átomo Network will award the Átomo Grand Prix, to the best web series presented at the festival, rewarding technical and artistic merit. The winning series will receive the exclusive statuette of Átomo Network and 3D Wire.

PRESENTATION OF PROJECTS BY THEIR AUTHORS

Among the projects received in the three different categories a selection will be made that it’s going to be published in the 3D Wire Market catalogue, in order to promote and help the distribution. The publication is distributed in the main international animation, video games and new media festivals and markets in addition to its free online distribution that reaches every year more than 7,000 professionals from the sector.

Among the selected projects several will be chosen to be presented by their authors during 3D Wire 2018.

Mariano Melman-Carrara will be one of the headliners of this edition of 3D Wire. The Argentinian resident in London will give the conference ‚Production applied to the VR, study case of Back to the Moon‘, where he will talk about his experience as a producer from Nexus Studios for Google Doodle in the VR experience commemorating the anniversary of the artist, director and cinematographic icon: Georges Méliès. In addition to the aforementioned project, Melman-Carrara also has others in VR, such as the outstanding ‚Rain or Shine‘ for Google Spotlight Stories.

Along with the Argentine, the organization also advances the presence of Eva Figueroa and Juan Pedro Arroyo, supervisors of 2D animation for four years in the series ‚The amazing world of Gumball‘ of Cartoon Network in London. Both will deal with in a presentation the way of working with mixed techniques in an audiovisual product of these characteristics.

OPENING OF THE ACCREDITATIONS PERIOD FOR THE 10TH EDITION: End of July