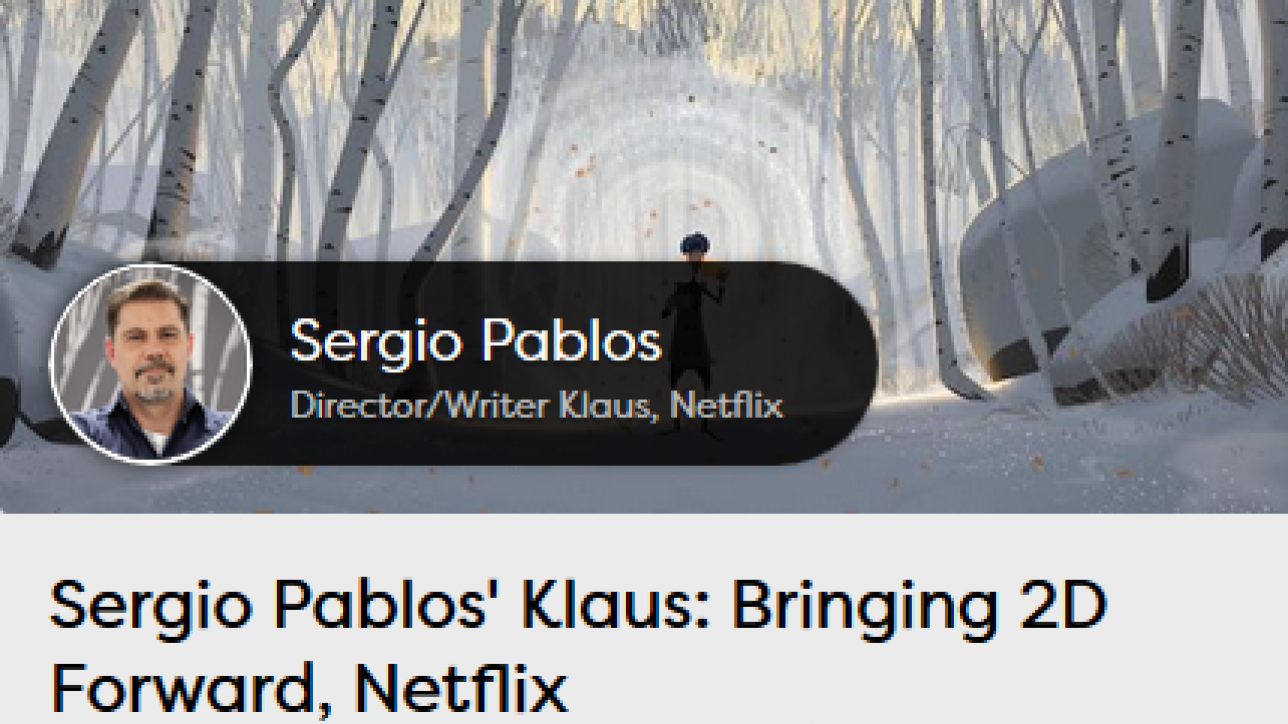 Director Sergio Pablos discusses his passion project Klaus: how the idea for the movie first came to him; why make it in hand drawn animation was obvious; and how he and his team looked at the traditional pipeline to separate creative choices from technical limitations and create a new type of 2D animation that best serves the film’s story.

Klaus is being fully produced at the Sergio Pablos Animation Studios in Spain and has the distinction of being Netflix’s very first original animated feature.

Sergio Pablos is the Writer and Director of „Klaus“. He also wrote „Smallfoot“ (2018) and „Despicable Me“ (2010). He is the CEO and Creative Director of the Sergio Pablos Animation Studios. He was Supervising Animator for “Tarzan”, “Hunchback of Notre Dame, “Hercules”, and “Treasure Planet”, just to name a few. Sergio’s was nominated twice for Annie Awards for Character Design work on “Rio” and Character Animation on “Treasure Planet”.