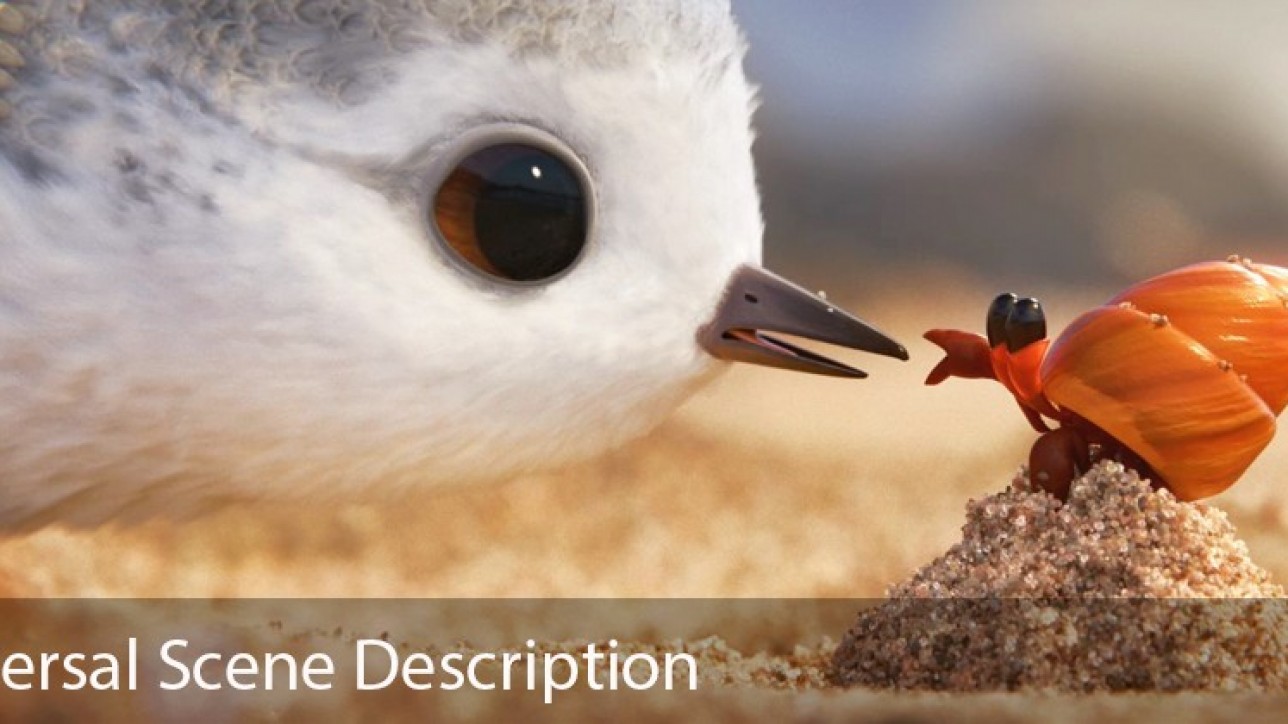 Pipelines capable of producing computer graphics films and games typically generate, store, and transmit great quantities of 3D data, which we call „scene description“.  Each of many cooperating applications in the pipeline  (modeling, shading, animation, lighting, fx, rendering) typically has its own special form of scene description tailored to the specific needs and workflows of the application, and neither readable nor editable by any other application.   Universal Scene Description (USD) is the first publicly available software that addresses the need to robustly and scalably interchange and augment arbitrary 3D scenes that may be composed from many elemental assets.

Universal Scene Description (USD) is open source software designed to make it easier to „interchange and augment arbitrary 3D scenes that may be composed from many elemental assets.“ This is going to have a profound affect on how studios build pipelines in the future and with SideFX Solaris working natively with USD, it will be an important part of working with Houdini. Let’s take a look at this new technology and how you can begin implementing it in your studio.

What is USD: A Primer | Rob Stauffer | SIGGRAPH 2019 from SideFX Houdini on Vimeo.

Rob Stauffer is a Senior Production Consultant at SideFX. He has over 20 years experience in computer graphics and visual effects. Rob started his career at Digital Domain and has worked at Sony Imageworks, Weta Digital, Asylum FX and most recently was an FX Supervisor at Rhythm and Hues. He has contributed to the FX of over 20 feature films including, „Lord Of The Rings: The Return of The King“, „Spiderman 2“, „X-Men:First Class“, „The Day After Tomorrow“ and „Seventh Son”. Rob joined SideFX in 2013 where he educates new and existing clients on the features of Houdini. Consults with studios on their pipelines and where Houdini may fit in and explores new and future technologies within VFX,Games and VR.