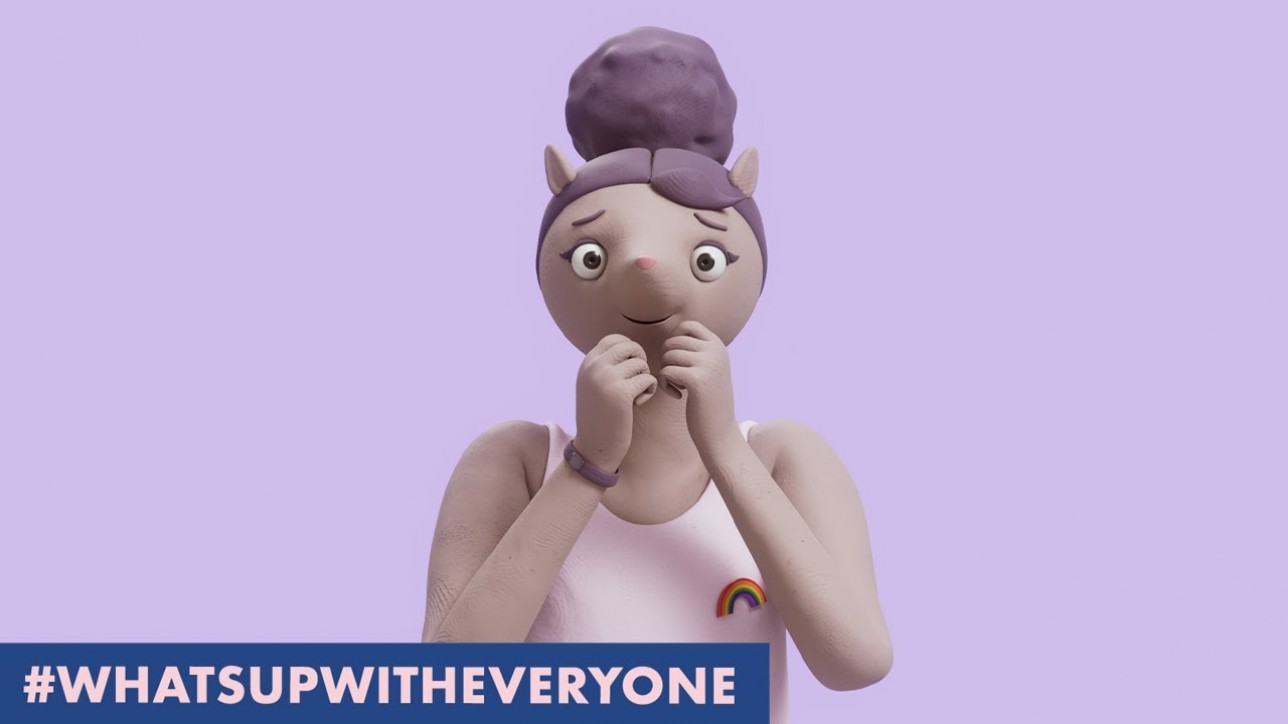 Aardman has joined forces with leading researchers and mental health charities on a campaign developed to encourage young people to become more aware of factors that may be having a negative impact on their mental wellbeing. Called ‘What’s Up With Everyone?’, the campaign sees the launch of a series of short films introducing five characters, each of whom is contending with an issue related to loneliness, perfectionism, competitiveness, independence and social media – five of the most common issues negatively impacting young people, according to the campaign’s research. The campaign was led by Professor Paul Crawford at the University of Nottingham, with research teams at The University of Nottingham, Loughborough University, the London School of Economics and Politics; the Mental Health Foundation and mental wellbeing charity, Happy Space; and with young people’s mental health expert, Dr Dominique Thompson.

Behind the Craft: What’s Up With Everyone?