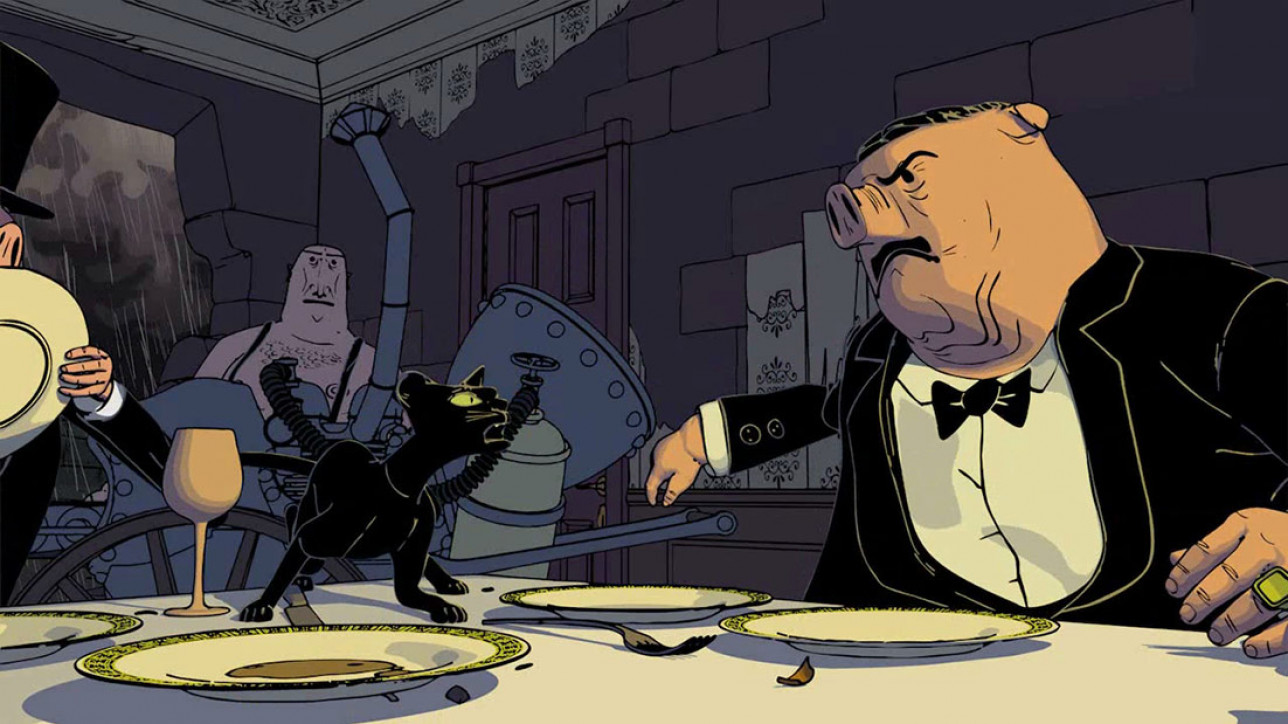 During dinner, „the system“ feeds the few who consume all the resources while the rest survive on scraps. Inevitably, the struggle for what remains leads to catastrophic change. The offspring of this transition turns out not to be a sign of hope, but the spitting image of the parents.