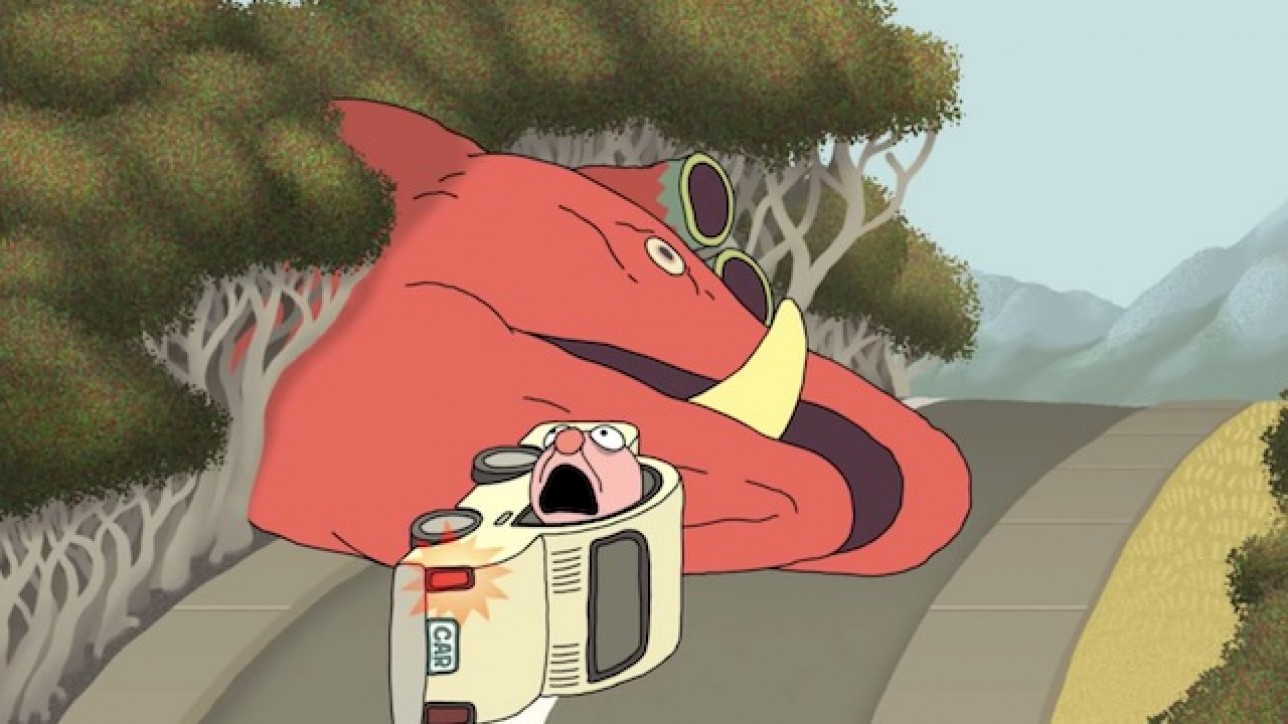 A short film made for Adult Swim’s „Off The Air“. It’s about a Trolval, one of the recurring sea monster motifs found on medieval maps, generally in the uncharted spots that might be full of strange things that kill you. Here in Australia was one such spot, and the Western world still seems to view our wildlife much the same. If „Here Be Dragons“ as the maps say, they’re probably critically endangered by now.