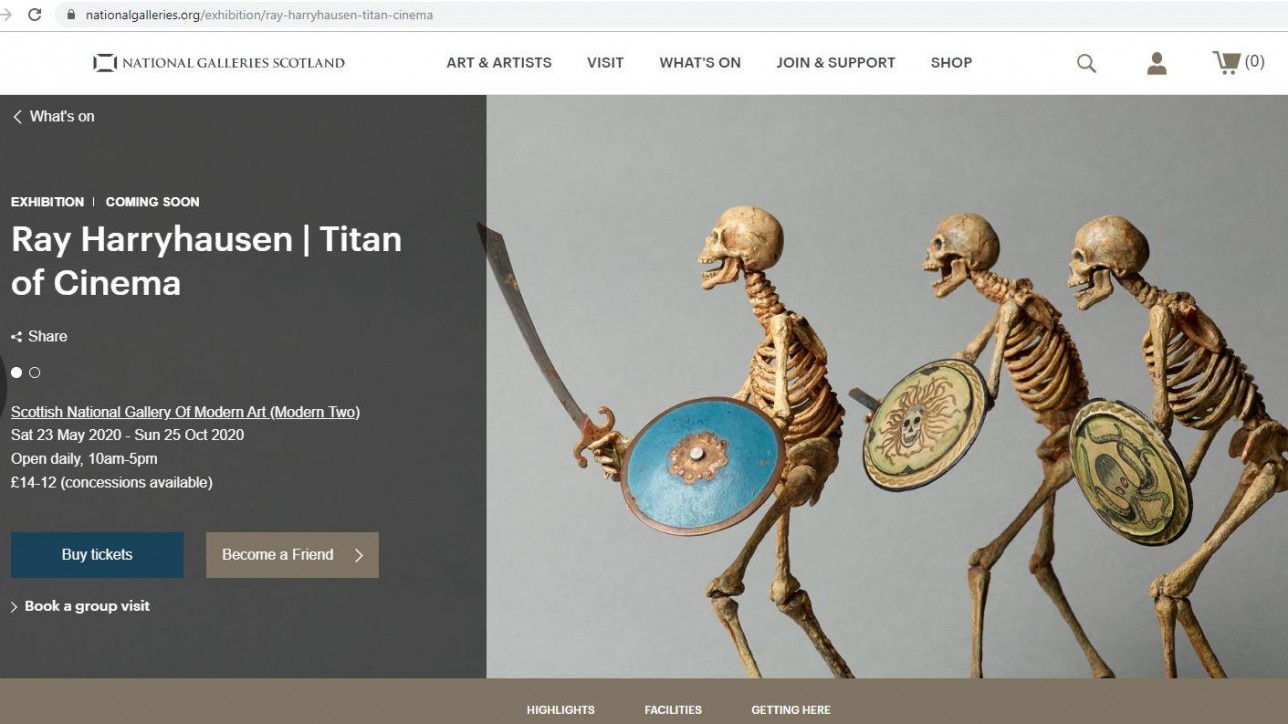 “Harryhausen stands alone as a technician, as an artist and a dreamer. He breathed life into mythological creatures he constructed with his own hands”
Ray Bradbury

Film special effects superstar Ray Harryhausen elevated stop motion animation to an art. His innovative and inspiring filming, from the 1950s onwards, changed the face of modern movie making forever. For the first time, highlights from Ray’s collection will be showcased, which will be the largest and widest-ranging exhibition of his work ever seen, with newly restored and previously unseen material from his incredible archive.

„The Beast from 20,000 Fathoms“ is a 1953 American black-and-white science fiction monster film from Warner Bros., produced by Jack Dietz and Hal E. Chester, directed by Eugène Lourié, that stars Paul Christian, Paula Raymond, Cecil Kellaway, and Kenneth Tobey. Early breakthrough stop-motion animation special effects by Ray Harryhausen with a great musical score by David Buttolph. . Its screenplay is based on Ray Bradbury’s short story The Fog Horn, specifically the scene where a lighthouse is destroyed by the title character.

The film’s storyline concerns a fictional dinosaur, the Rhedosaurus, which is released from its frozen, hibernating state by an atomic bomb test in the Arctic Circle. The beast begins to wreak a path of destruction as it travels southward, eventually arriving at its ancient spawning grounds, which includes New York City.