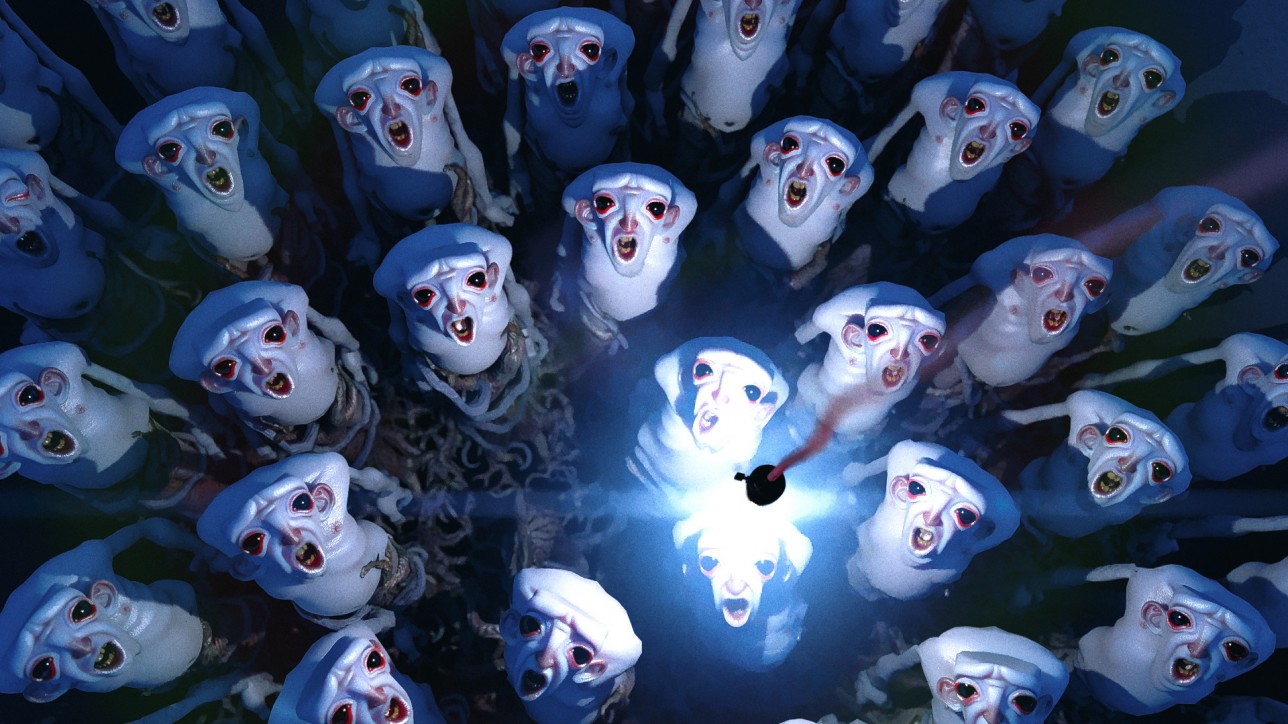 The Box from Dusan Kastelic on Vimeo.

You have probably heard of the phrase „To think outside of the box“?
This is a film about such a box and the flat-headed creatures that live inside of it. Life inside the Box is boring and miserable. Until one day a new baby boy starts to grown in the middle of the Box! The boy is very different from other flat-headed inhabitants of the Box- he’s happy, lively and curious. As the boy grows bigger and bigger, the flat-headed neighbours are becoming more and more annoyed with him.
Until one day he grows literally over their heads…