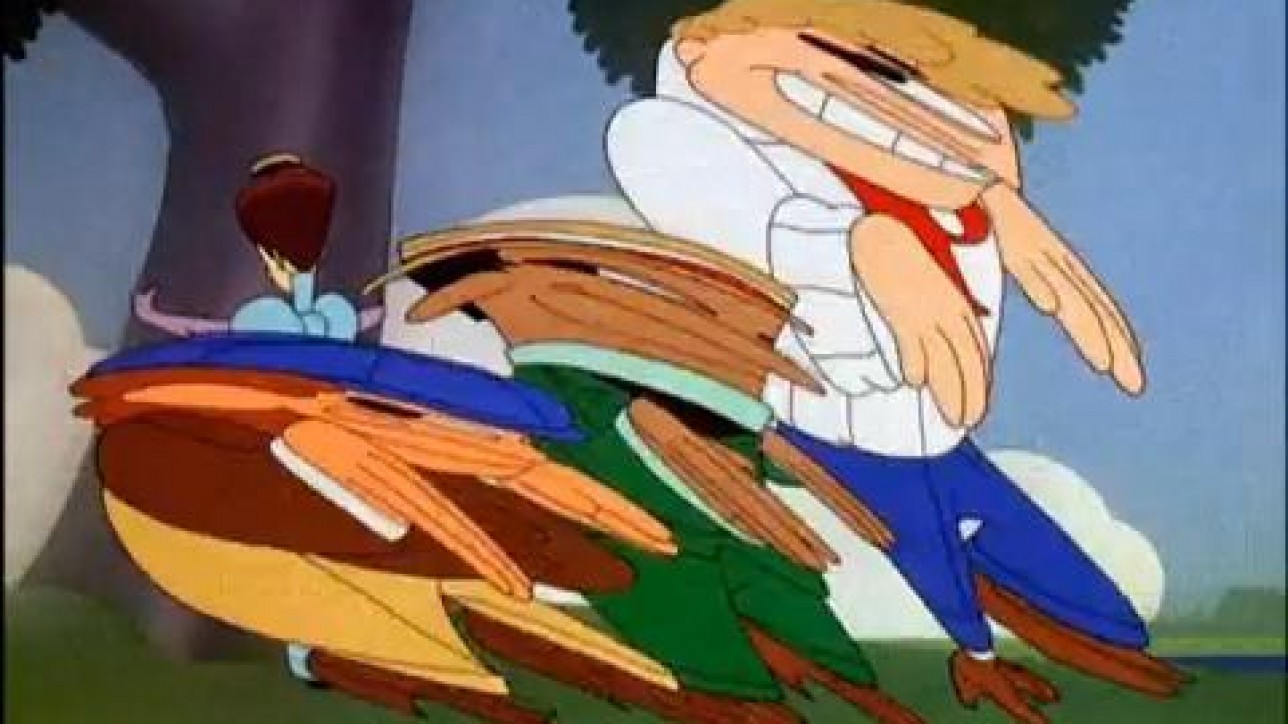 „The Dover Boys at Pimento University“ or „The Rivals of Roquefort Hall“ (also known as simply The Dover Boys) is a 1942 Merrie Melodies cartoon produced by Leon Schlesinger Productions and directed by Chuck Jones. It was released by Warner Bros. on September 19, 1942.[1] The cartoon is a parody of the Rover Boys, a popular juvenile fiction book series of the early 20th century. In 1994, the cartoon was voted #49 of the 50 Greatest Cartoons of all time by members of the animation field.