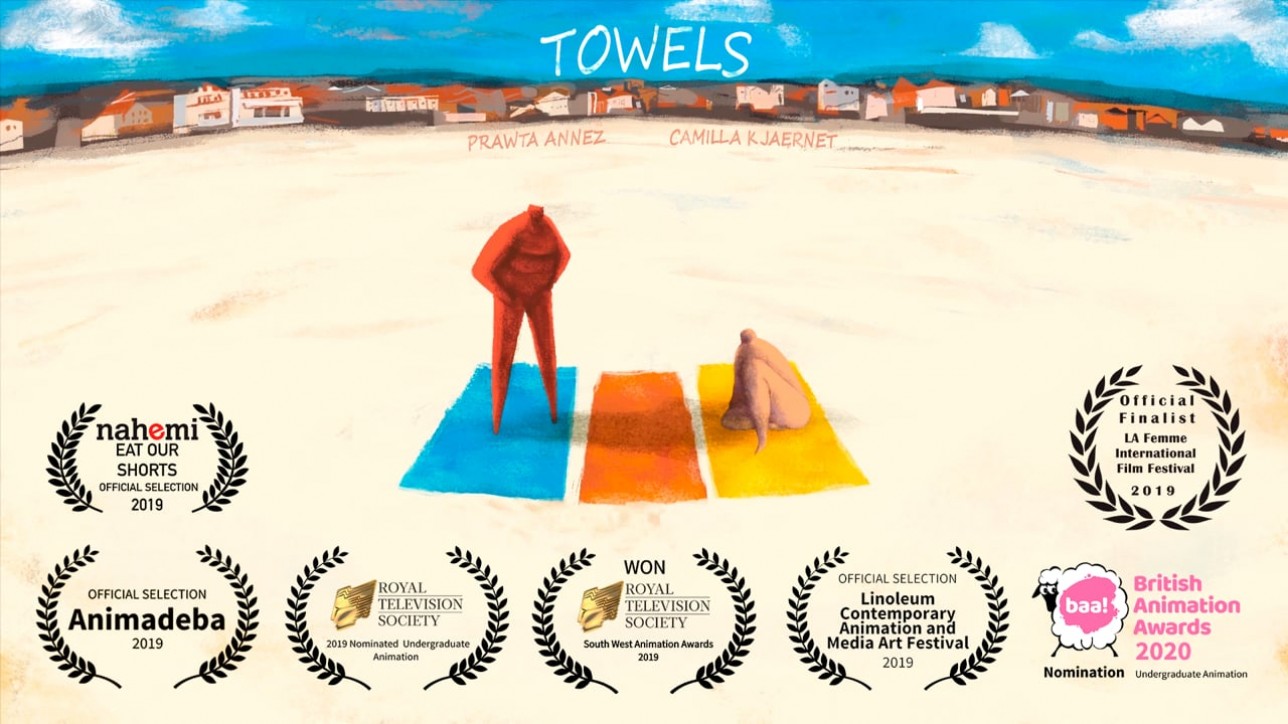 Territory can be claimed in many different ways, be it borders or walls.
In summer, however, it’s towels.

Thank you to the crew, our friends and family, and Falmouth University.

„Designed and written during the tense political climate of 2017, with the beginning of Brexit and Trump’s inauguration, this short was a way to express my inner frustrations and reflections at the time.
However, it is interesting that there may be some parallels to our current situation in 2020.

I hope this short can be 4 minutes of fun and escapism for anyone who watches it, no matter where they may be or whatever they may be going through.“ – Prawta A.