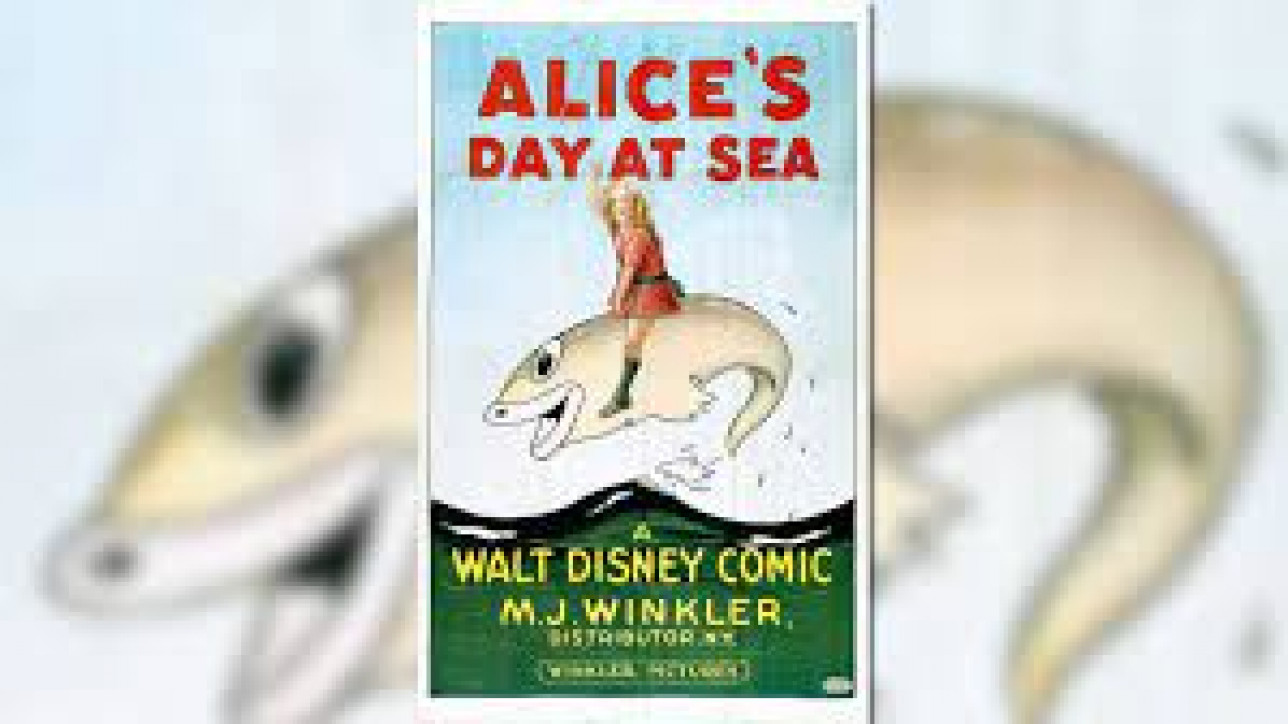 The first short film released by the newly formed Disney Bros. Studios (now known as The Walt Disney Company) was completed by the end of 1923, released to theaters in March of 1924. Following the proof-of-concept film „Alice’s Wonderland,“ Walt Disney relocated Virginia Davis from Kansas City to carry on the series… for the first 15 shorts, at least. Loosely inspired by Lewis Carroll’s classic stories, the series recasts Alice as a decidedly modern girl for the 1920s.

In „Alice’s Day at Sea,“ Alice’s dog serves as he chauffer to the beach, where she meets a sailor who regales Alice in the story of a shipwreck at the tentacles of a giant octopus. Inspired, Alice takes a nap in a boat that’s run ashore and dreams that her ship is also sunk by a sea creature. At the bottom of the cartoony sea, she meets a menagerie of exotic creatures, including a „Sea Lion“ (half fish/half lion), a „Sea Cow“ (more cow than manatee), and Julius the Cat (with fins), who would become Disney’s first recurring animated character before the creation of Oswald the Lucky Rabbit and Mickey Mouse.

Note: The surviving prints of „Alice’s Day at Sea“ come from a Dutch version of the release. This version has been edited to include English text cards, translated from their Dutch translation.