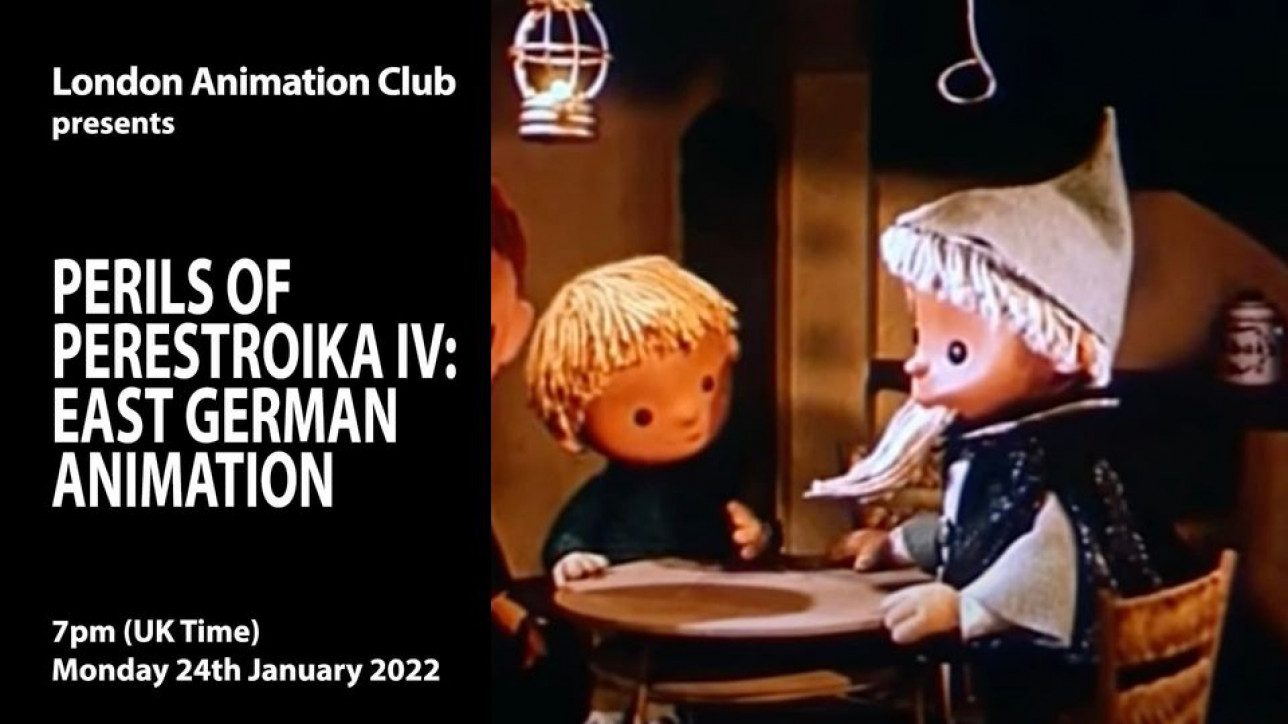 Bettina Schroeder and Jude Montague share clips and discuss animation from East Germany during the Perestroika era and beyond and show share how Unser Sandmännchen, an East German animated series, entertained children and families in West Germany. They look at the tradition of puppetry and explore the subversive videos produced in the 1980s.

Bettina Schroeder is a London-based multimedia artist. After escaping from the former East Germany (GDR) with her family, she grew up in Wolfsburg, the VW car town, and later studied in Berlin. In 1982 she moved to London where she works and lives. International exhibitions include solo and group shows in the UK, as well as music performances. https://www.bettinaschroeder.net

Jude Cowan Montague broadcasts ‘The News Agents’ every Saturday on Resonance FM. She’s formerly Reuters TV Archive a poet and graphic novelist and film historian and is currently working on some expressive graphic memoirs including ‘Breakfast in Shoreditch’ set in the 1990s retro-art-scene. https://www.judecowanmontague.com