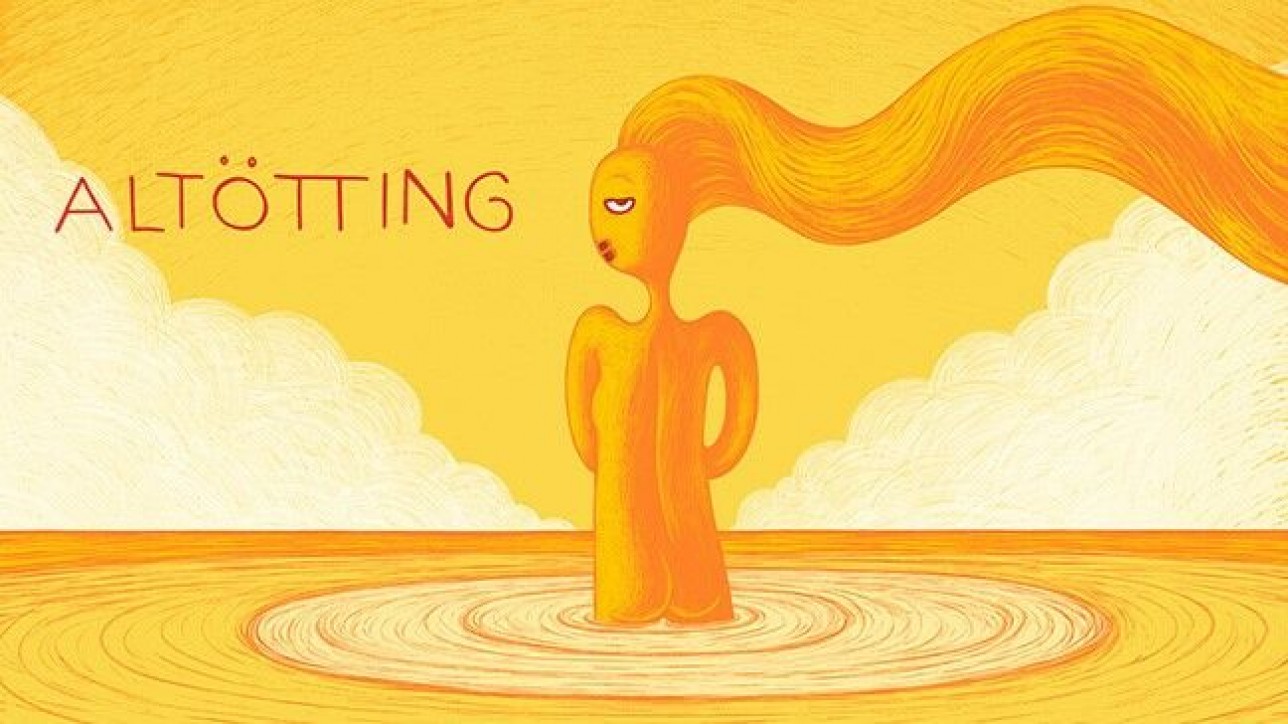 OTTAWA (October 2, 2020) – The Ottawa International Animation Festival (OIAF), North America’s leading animated film festival, has announced the winners of the 44th annual OIAF.
The OIAF received a total of 1950 entries from 84 countries and selected 98 for competition.

The Public Prize has been awarded to KKUM by Kang-min Kim. It is only the third time in the long-running history of the OIAF that the same film has won both the public and the grand prize.

This year’s Short, Feature and Young Audience Competition screenings were judged by three official juries.
The Competition Feature Jury featured Brandon Blommaert, Lise Fearnley, and Amy Kravitz. Blommaert is a Montreal-based artist who has a diverse practice, including both experimental and narrative film-making, sound and still image creation. Fearnley, who co-founded the Norwegian studio Mikrofilm, has produced more than 30 animated shorts and a broad range of commissioned films. Kravitz’s animation is a testimony to the intimate collaboration between viewer and maker, and her singular teaching methods encourage students to develop individual approaches to the medium of animation.
The Competition Short Jury included Pixie Cram, Donald McWilliams and Wong Ping. Cram is a filmmaker and animator whose work centers on themes of nature, technology, and war; her films have screened at festivals across North America, Europe and in China. McWilliams was nominated for an Oscar as producer and editor of Sunrise over Tiananmen Square, taught experimental animation and documentary production in Norway, and has been a part of the NFB Animation Studio for four decades. Ping is a self-taught animator who creates light-hearted, humorous, and accessible approaches to deep psychological issues experienced by the protagonists in his films.
The Kids Jury, composed of North American children between the ages of 8-12, judged the Young Audiences: Preschool and Ages 6-12 Competitions.
The Festival award statues are designed by Ottawa-based, scrap metal artist Tick Tock Tom. The statues are working phénakisticopes featuring an animation by New York artist George Griffin.

The Festival continues Oct 3 and 4. Audiences have an opportunity to watch all the Official Competition screenings On-Demand as well as the Meet the Filmmaker sessions, special screenings, and many of Festival’s professional development talks.

Individual tickets are available for $9 or for binge-watchers, grab a weekend passes for $40.

On Sunday, October 4, passholders and ticket-buyers can view two Best of OIAF2020 screenings, which will include the award-winners and some other festival favourites.

Students can get a $30 Netflix pass: Buy here: http://oiaf2020.eventive.org/passes/buy/netflix_animation_student_pass

Thanadoula, Robin McKenna, provided by the National Film Board of Canada

Trailer Matilda and the spare head (Ignas Meilūnas, 2020) from Miyu Distribution on Vimeo.

Jury Comment: We live in a world where we often feel something is missing, despite surface appearances of health and prosperity. Something brought to the fore by the Pandemic. Bye Little Block, with its clean, witty design caught that world and carried a feeling of deep unease in this world of planned happy, high rises and well laid out gardens. A Utopian place questioned by the central character in a film with just the right amount of surrealism, in the settings, the character design, and events.
BEST TECHNIQUE
Moi, Barnabé (I, Barnabé) | Jean-François Lévesque | Canada
Jury Comment: We chose a film that married seamlessly and carried off with both precision and panache, various techniques as it told a story relevant to us today – the loss of faith. A most appropriate film in these days of great uncertainty, and a lack of moral leadership.
BEST SOUND DESIGN
Mor visste ingenting (Mother Didn’t Know) | Anita Killi | Norway
Jury Comment: An intimate and intricately layered soundtrack that immediately draws you into the world of the little girl and holds you there.
E.D. Films Award for Best VIRTUAL REALITY work
Dislocation | Milivoj Popović and Veljko Popović | Croatia & France

Jury Comment: This powerful and timely narrative captures the fear and desperation experienced by many refugees. Having the narrative be driven by the physical act of stepping into this person’s experience and fragmenting memories of home, made the experience feel that much more potent, especially at a time where many countries are becoming increasingly hostile and antipathetic towards refugees and immigrants.
COMMISSIONED ANIMATION
Jo Goes Hunting ‚Careful‘ | Alice Saey | France & Netherlands
Jury Comment: This music video is a good example of how visual can improve the listening experience. The animation loop is a lecture of nature under a microscope, keep drawing me in and want the song to never end. Simply a well done commissioned work.
NON-NARRATIVE ANIMATION
La mer à boire (The Sea Is Too Much to Drink) | Charlotte Arene | France
Jury Comment: Using household objects, pixilation and stop-animation technique to evoke a seascape, Charlotte Arène’s La Mer à Boire is our choice for Best Non-narrative short. The strength of this film lies in its simplicity, focus, and technical execution.
BENTO BOX AWARD FOR BEST STUDENT ANIMATION
Naked | Kirill Khachaturov | Russia
Jury Comment: This is by far one of the best films I’ve seen involving a superhero. The cinematic camera movement, the boldness use of minimal sound design, the rendering texture and the experimental spirit in this work created an unsettled and weird tension. All of this in contrast with the beautiful dialogue is purely romantic.
BEST NARRATIVE SHORT
In the Shadow of the Pines | Anne Koizumi | Canada
Jury Comment: A beautifully written script, which married perfectly with a collage technique, a film that spoke directly to the heart about a universal situation – connections between parents and offspring.
CANADIAN STUDENT
Winner: Yarlung | Kunsang Kyirong | Emily Carr University of Art and Design

(TRAILER) Yarlung- Film by Kunsang Kyirong from kunsang on Vimeo.

2nd place: The Lighthouse Man | Matthew Walton | Sheridan College
3rd place: Moundform | Catherine Slilaty | Concordia University
VIMEO STAFF PICK AWARD
Kuricorder Quartet ‘Southpaw’ | Sawako Kabuki | Japan
Vimeo Jury Comment: In these solemn times, this colorful ditty provides two solid minutes of uninhibited dance, humor, and joie de vivre. Its complete lack of diffidence is a testament to the boldness and brightness of its creator, whose work we have admired for years.
PUBLIC PRIZE
KKUM | Kang-min Kim | South Korea & USA
Animated Feature Honorable Mention
The Nose or the Conspiracy of Mavericks | Andrey Khrzhanovsky | Russia & Moscow
Jury Comment: The honorable mention goes to a cautionary tale in which free expression and dissent are controlled and crushed by the powerful to disastrous, and deadly ends. We laud its cerebral style of humor, it’s use of pastiche, metaphor, and documentary evidence to weave a structure that questions power, control, and who truly governs historical narrative.
GRAND PRIZE FOR ANIMATED FEATURE
Kill it and Leave This Town | Mariusz Wilczynski | Poland
Jury Comment: A wise person once said, “there is nothing as whole as a broken heart” and this film broke our hearts. Light, color, and pure drawing are used to knit broken dreams and scattered memories into a magical reality in which all ages become one organism.
NELVANA GRAND PRIZE FOR SHORT ANIMATION
KKUM | Kang-min Kim | South Korea & USA
Jury Comment: The director shared with us his life journey through this intimate work. It caught us attention not only by the story, but also the amazing execution of lighting on this particularly minimal set design. I especially love the open ending scene. This black and white film wins our heart in different craft categories. Professional in every aspect.
‒ 30 ‒
About the OIAF
The Ottawa International Animation Festival (OIAF) is one of the world’s leading animation events providing screenings, exhibits, workshops and entertainment since 1976. OIAF is an annual five-day event bringing art and industry together in a vibrant hub and attracting more than 34,000 artists, producers, students and animation fans from around the world.
This year’s virtual OIAF runs September 23 to October 4. Visit the OIAF website at www.oiaf2020.ca
altötting, Andreas Hykade, oiaf 2020, Thomas Meyer-Hermann, winners