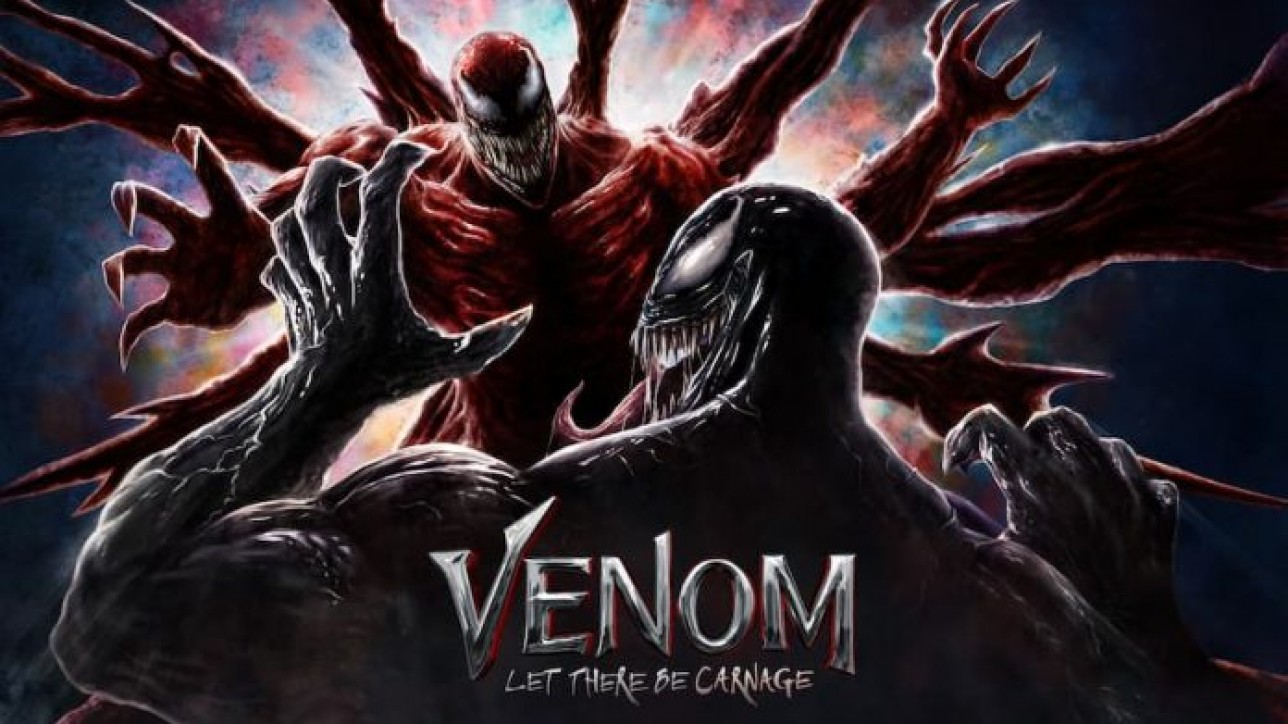 Feast your eyes on Venom: Let There Be Carnage, Sony’s newest boxoffice narrative featuring the Marvel Comics symbiote! With a team led by Visualization Supervisor Martin Chamney, The Third Floor London collaborated to support the filmmaking through previs, virtual scouting, techvis and postvis. The Third Floor worked closely with Director Andy Serkis to map out his creative vision for the action and provide ways to use virtual planning to visualize the CG characters and effects central to the storytelling, beginning with Eddie and Venom’s fight in Eddie’s apartment. Initial cinematics for the scene were created utilizing storyboards, motion capture and virtual camera to quickly arrive at finished previs blocking. Scenes such as the explosive San Quentin prison sequence, where Death Row inmate Cletus Kassidy transforms into Carnage, saw The Third Floor working at Leavesden Studios and collaborating with Serkis, VFX Supervisor Sheena Duggal and DP Robert Richardson to support production. “Detailed techvis was created to assist Second Unit Director Brian Smrz as he formed a comprehensive plan to maximize shooting on the compact set,” Chamney noted. “This helped with prep and served as a guide for filming, and the tightly executed process also ensured shots could quickly move into postvis and finals.” The Ravencroft sequence presented the interesting challenge of conceptualizing Carnage as he deploys his tentacles and spawns a structure to bolster his fight against the asylum’s security personnel. The mood and visceral storytelling was developed across multiple passes of previs. Oliver Scholl’s production designs of the cathedral interior for the third act were loaded into The Third Floor virtual scouting tool Pathfinder, enabling the scale and aesthetics of the digital set extension to be assessed ahead of time. “We collaborated with the stunt team as the fight between Eddie and Cletus as both humans and their interdependent forms of Venom and Carnage was planned,” recalled Chamney. “In postvis, we worked with the filmmakers to enact and sculpt ideas for the many transformations Eddie would make to Venom and Cletus to Carnage, as well as the moment when Venom charges towards Carnage down the cathedral aisle.” The ability to visualize gags and explore comedic timing proved instrumental as a number of scenes were developed. This included the sequence where Venom makes Eddie breakfast and the fight scene in their apartment, where in postvis The Third Floor team augmented a combination of Venom wraith heads and tentacles to Tom Hardy’s brilliant performances to produce interim working versions of the shots.

THE THIRD FLOOR is the world’s preeminent Visualization Studio dedicated to supporting the design and production of next-generation media for feature films, television, commercials, video games, virtual reality and themed attractions. Working hand-in-hand with directors, producers and key crew, the company’s highly creative workforce creates digital versions of shots and scenes to streamline physical production and post. Since its founding in 2004, THE THIRD FLOOR has contributed to hundreds of breakthrough projects, including Avengers: Endgame, Spider-Man: Far From Home, Alita: Battle Angel, and six seasons of HBO’s Game of Thrones. THE THIRD FLOOR has received five Emmy Awards, virtual cinematography awards from the Visual Effects Society and awards from the Themed Entertainment Association, Hollywood Post Alliance and SIGGRAPH. For further information and credits, please visit http://thethirdfloorinc.com.