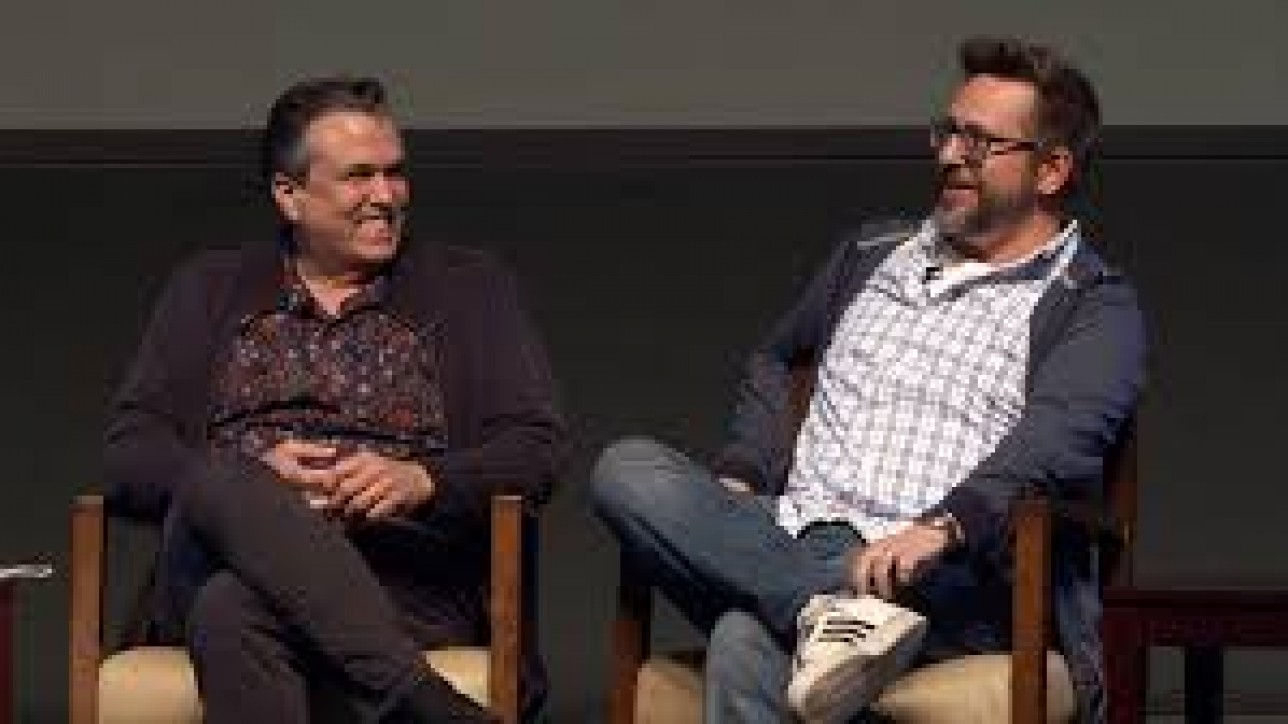 Bill Morrison, comic book writer and artist, and colorist Nathan Kane join moderator Joe Paladino in a Q&A about Yellow Submarine (1968). Kane and Morrison discuss their collaborative work on the 2018 graphic novel adaptation of the film, as well as their careers and the wider significance of the film. The conversation covers Morrison’s work with Matt Groening as an illustrator for The Simpsons and as art director for Futurama, and the influence Yellow Submarine had on the art styles of these shows. Kane discusses his career in the comics industry and his work as creative director of Bongo Comics. Together, Morrison and Kane, reflect on the legacy of Yellow Submarine fifty years later, in terms of their comic adaptation, but also in terms of its pop-cultural significance and influence on directors from Terry Gilliam to John Lasseter.