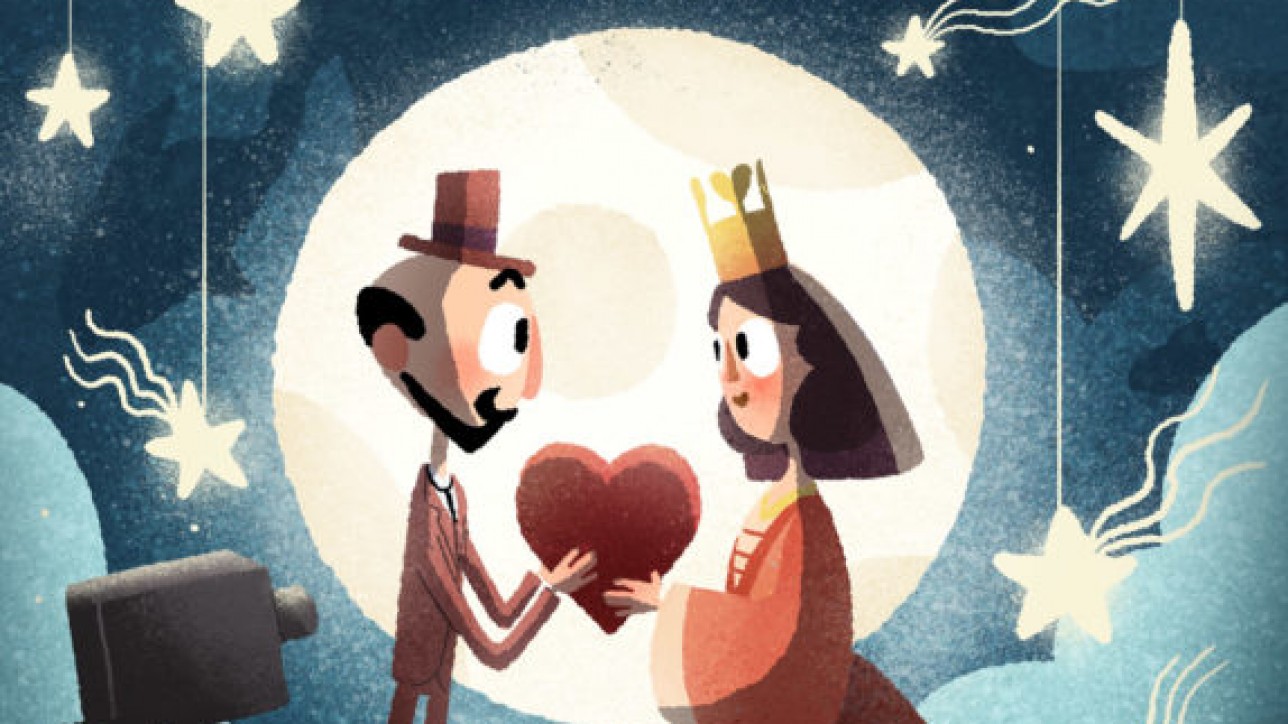 Hier die VR Version von Back to the Moon

Produced by Nexus Studios and co-directed by Fx Goby and Doodles’ Hélène Leroux, ‘Back to the Moon’ celebrates pioneering illusionist and filmmaker Georges Méliès.

Transporting the viewer inside his magical world via some of his best known films, styles, techniques and characters, the film also features a Mathieu Alvado score recorded by the London Symphony Orchestra.Says Fx:“Méliès is one of my personal heroes, and being able to pay tribute to him in such a visible way is both a rare opportunity and a huge privilege.  There’s nothing in the film which hasn’t been considered through the Méliès lens; the shape of the stars, the contents on the table, every object has a story behind it which is linked to him.”

Laurent Manonni, director of heritage at The Cinématèque Française notes of Méliès:“I have no doubt he would have been flattered to find himself in the limelight via today’s first virtual reality / 360 Google Doodle, propelled around the world thanks to a new medium with boundless magical powers.”

Enjoy the 360 video above or enjoy the full VR experience on mobile, Cardboard or Daydream by downloading the Google Spotlight stories app for iOS or Android or on Steam.