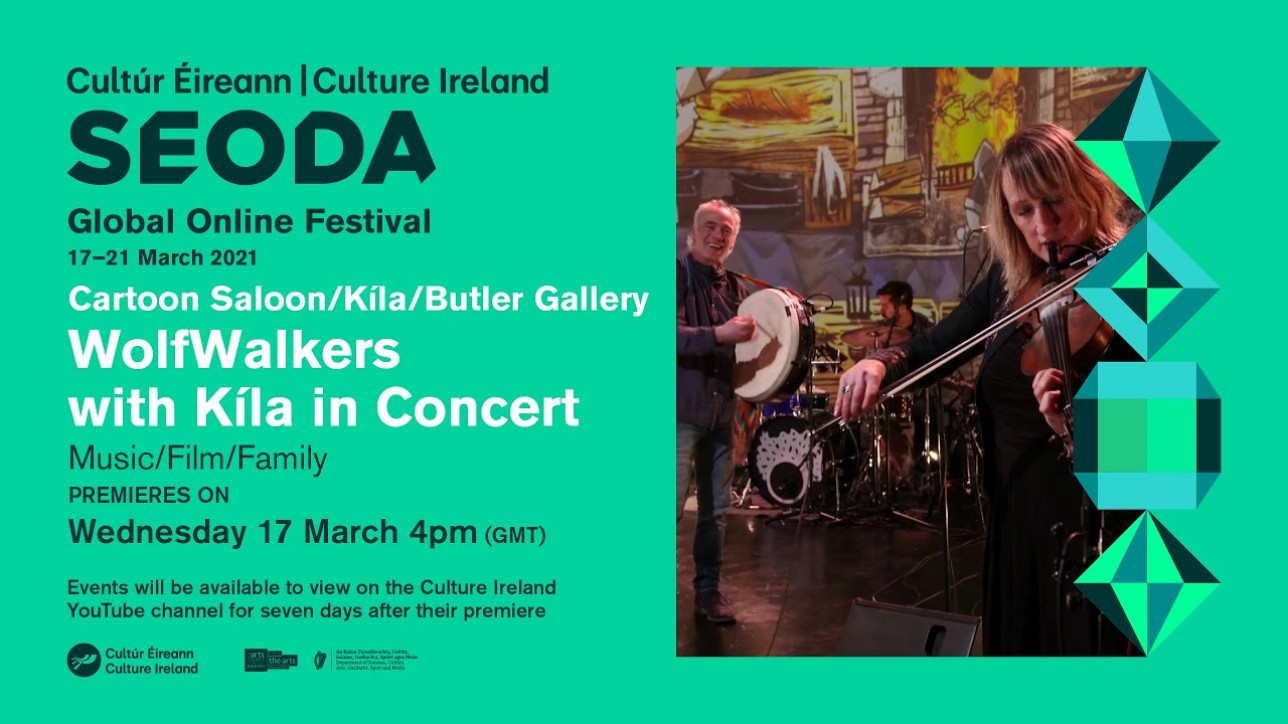 This St. Patrick’s Day, Kíla has recorded this special concert of music from the acclaimed WolfWalkers, the new release from Cartoon Saloon, Kilkenny’s animation powerhouse. WolfWalkers draws heavily on the rich Irish mythology, folklore and landmarks readily available in Kilkenny. Scenes from the film will provide the backdrop during this very special performance by musical partners Kila, who teamed up with Cartoon Saloon’s regular composer Bruno Coulais for the third time to create the soundtrack to the film. The event is available for free made possible by the support of partners Kilkenny County Council, St. Patrick’s Festival Kilkenny, Fáilte Ireland, Cartoon Saloon, Kíla and Culture Ireland. The concert will be followed by The Soundscapes of WolkWalkers with members of Kíla, part of the Talk Series, curated by the Butler Gallery to coincide with their special Wolf Walkers exhibition. Produced by Concert Deck. 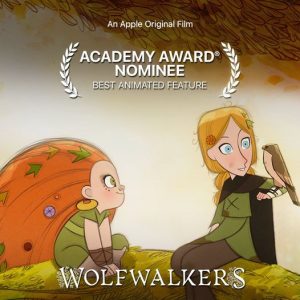