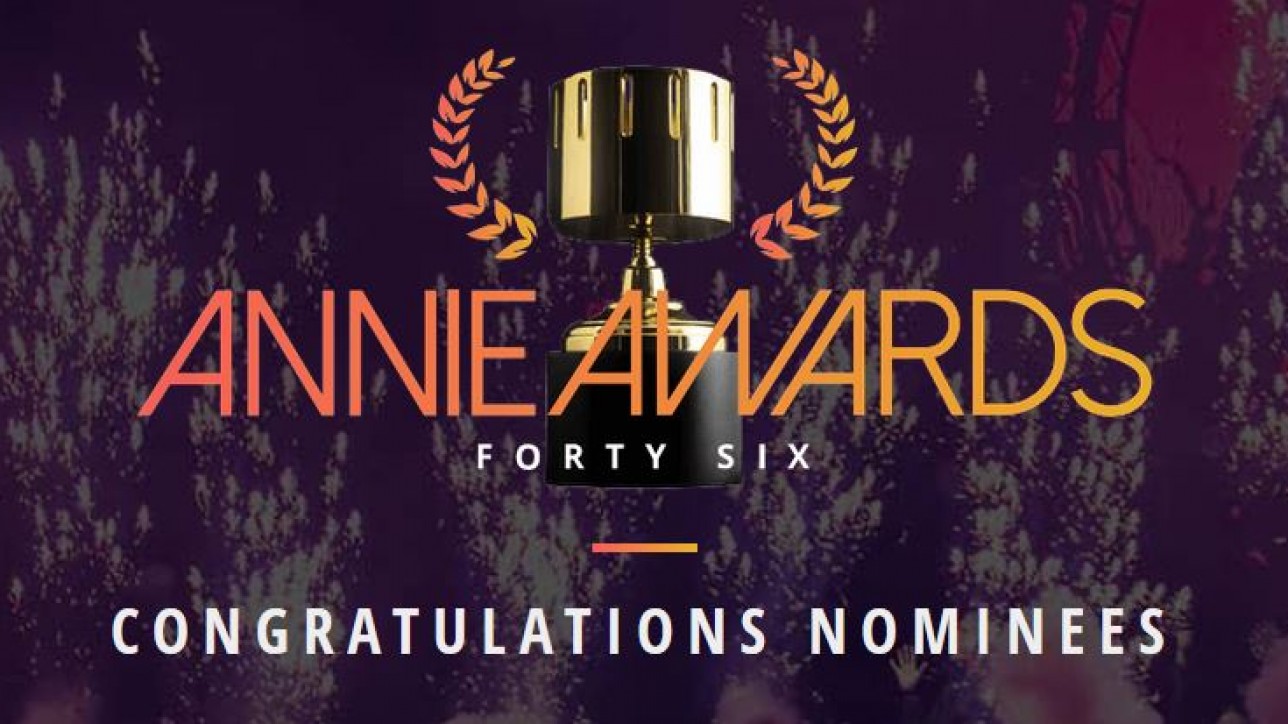 For a complete list of nominations, please visit www.annieawards.org/nominees.

“From over 1,600 submissions, our committees have made a great selection of nominees this year. A wide choice of animation techniques, a broad selection of subjects, increasingly creative designs and an encompassing representation of films from other countries and various points of view is going to make this year’s Annie Awards an ever more diversified event,” said ASIFA-Hollywood Executive Director, Frank Gladstone. “Membership voting begins January 1. Looking at the slate of nominees, I think this year’s decisions will be extraordinary.”

The Annie Awards™ cover 36 categories and include Best Animated Feature, Best Animated Feature-Independent, Special Productions, Commercials, Short Subjects, Student Films and Outstanding Individual Achievements, as well as the honorary Juried Awards. The winners will be announced at a black tie ceremony on Saturday, February 2, 2019 at UCLA’s Royce Hall. A pre-reception and press line begins at 4:30 p.m. in Dickson Court, adjacent to Royce Hall with the ceremony following at 7:00 pm. A post-show celebration immediately follows the ceremony. All events will be held at Royce Hall.

ASIFA-Hollywood is the world’s first and foremost professional organization dedicated to promoting the Art of Animation and celebrating the people who create it. Today, ASIFA-Hollywood, the largest chapter of the international organization ASIFA, supports a range of animation activities and preservation efforts through its membership. Current initiatives include the Animation Archive, Animation Aid Foundation, animated film preservation, special events, classes and screenings.