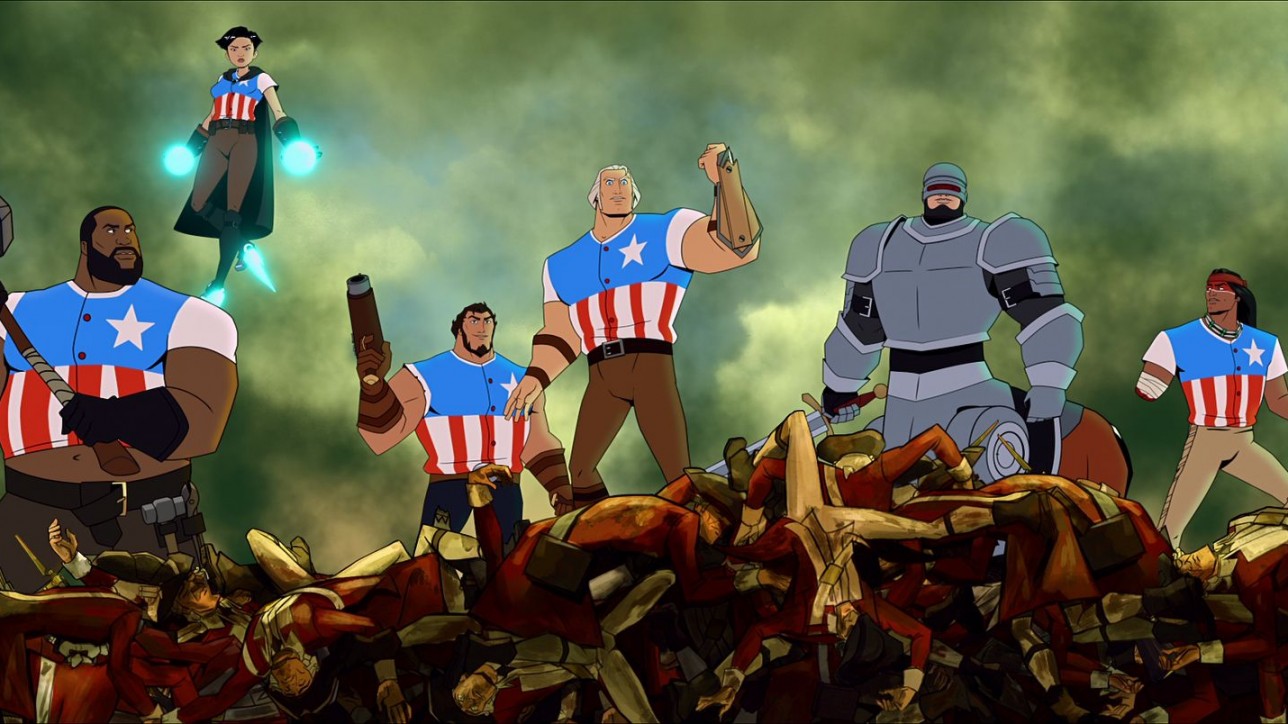 For, like, thousands of years, the origins of the United States of America have remained shrouded in mystery, lost to the sands of time. Who built this ‘country tis of thee,‘ and why? Only the dinosaurs know… until now. For the first time in human history, the incredible, completely true story of America’s origins are revealed in AMERICA: THE MOTION PICTURE — a once-in-a-lifetime cultural event available the only way the Founding Fathers ever intended their story be told:

About Netflix: Netflix is the world’s leading streaming entertainment service with 208 million paid memberships in over 190 countries enjoying TV series, documentaries and feature films across a wide variety of genres and languages. Members can watch as much as they want, anytime, anywhere, on any internet-connected screen. Members can play, pause and resume watching, all without commercials or commitments. America: The Motion Picture | Channing Tatum | Official Trailer | Netflix https://youtube.com/Netflix