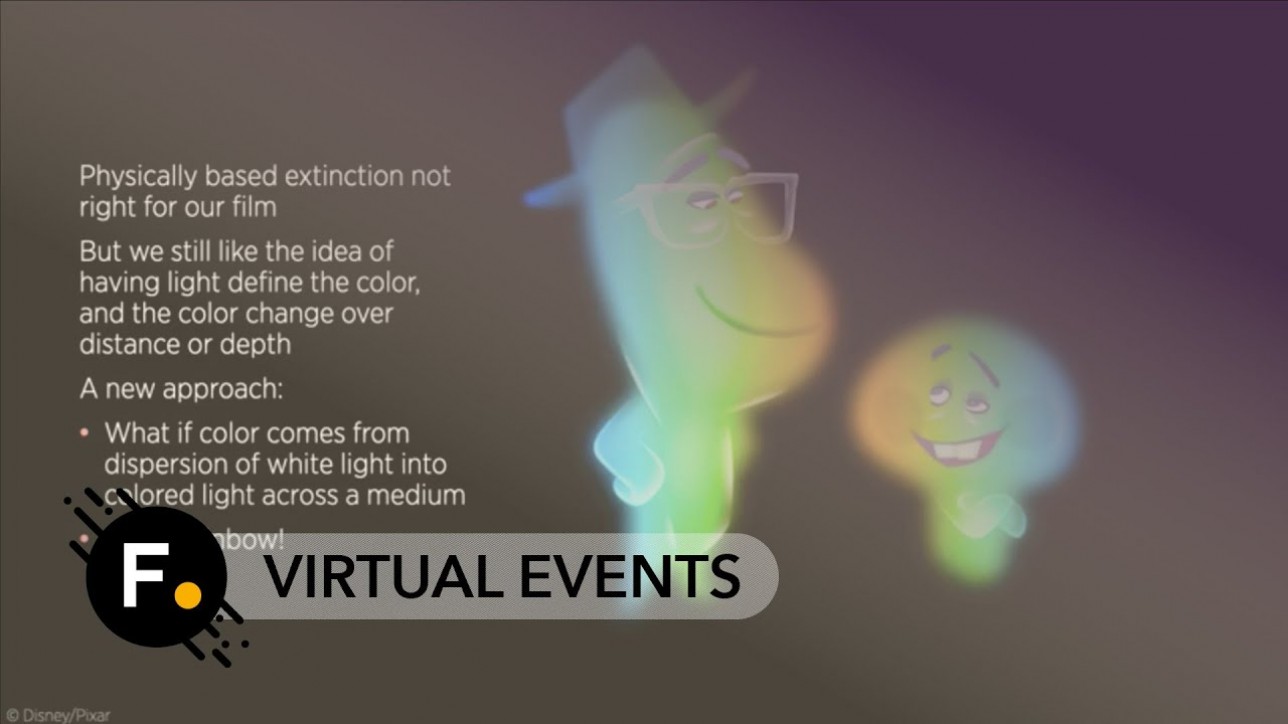 Pixar takes us all into the “Great Beyond” in their latest animated film, Soul. There we get to see another side of reality, one which is unfamiliar, whimsical, and magically stylized, where souls move about without their bodies. Through rarely seen preproduction images and visual demonstrations Ryan Michero will show some of his work and discuss how Soul’s technical team approached the challenges of creating the visual language of the Soul world and its denizens with Katana and RenderMan.

Following that Sarah Hutchinson, Pixar’s lead developer of the RenderMan for Katana plugin, will show where state-of-the-art rendering technology is headed in the upcoming version of RenderMan 24, with updates on XPU, Lama, and other major features in this upcoming release.