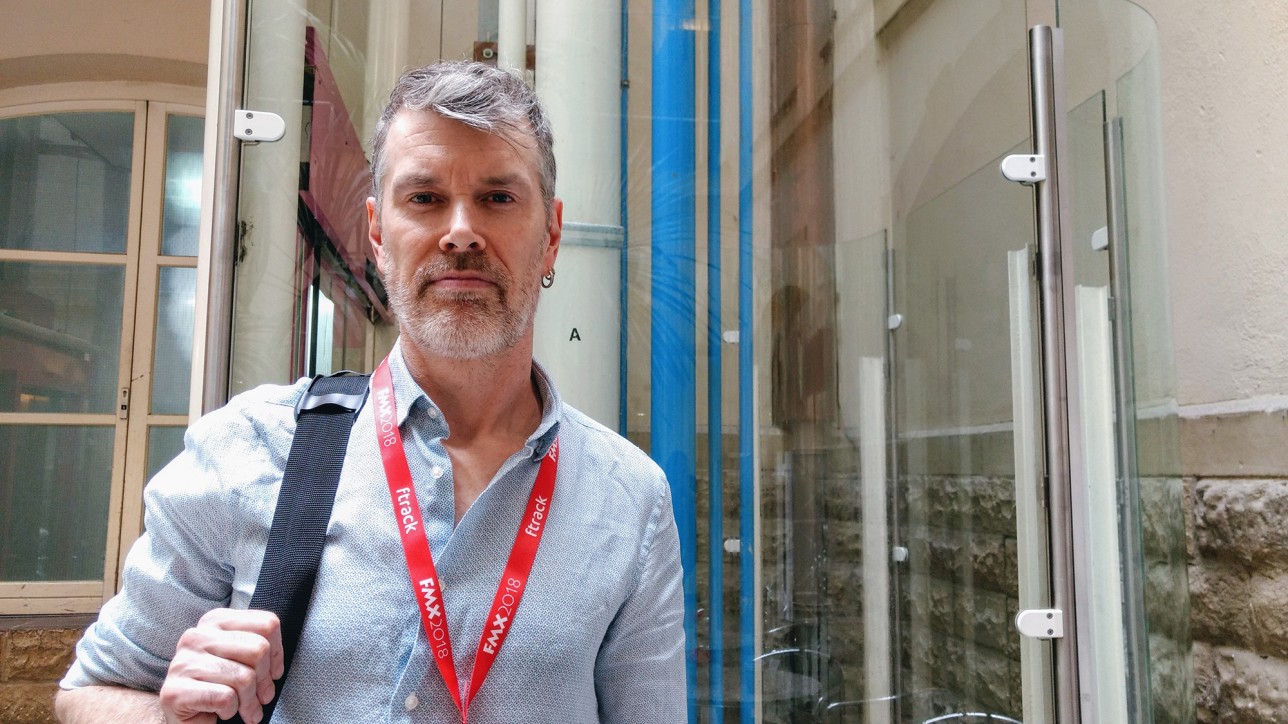 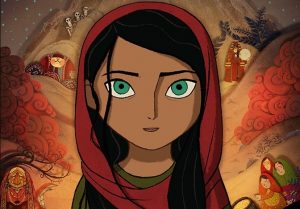 When Stuart Shankly was 16 years old, he thought it would be a great plan to work towards becoming a cartoon artist. But then one day at school, for the first time, he learned about the possibility of working as an animator. „You can travel around, draw animation and get paid for that? I’m in!“ – the Canadian recalls thinking. „I just wanted to travel“. He loves seeing new places, he says. Traveling was the driving force for him to get where he is now – co-directing his already second film, „The Breadwinner“, at Cartoon Saloon. He presented the movie’s long way of coming to life at the „Art Of Animation“ forum of FMX. We interviewed him about his path to becoming a director and what he thinks about the artist’s way of life.

We asked Stuart what he would suggest to his 18-year old self, if he could give himself some advice with the wisdom that he has today. Immediately he gasps „Don’t do it!“ – then laughs. „No, not really“, he jokes, „but I have never met anyone who hasn’t said ‚I quit‘ at least once“.  Shankly is a person who lives for the job. Not because he planned to do it, or anyone asks for such a level of investment, but because he himself feels obligated to always do his best work, always make it just a littel bit better. He pulls away my notebook – „THIS is what you have to do to me to make me stop working“. Otherwise he would always find another little problem to fix, he would keep asking for only 5 more minutes, just a little more time. It is the artist’s curse, many may know this feeling of wanting to make a shot look better, just some fixes here and there, and in most cases, it will sadly never end – things just can’t be perfect.

„There are moments when you wish that your life could be simpler. But I love to be a part of the team, the collaborative effort means so much to me.“

„8 years ago, I burnt out.“ The hectic life schedule of working more and more hours, pushing at first to the limit, then far far over, started to leave traces. He now has insomnia. That is the reason why he decided to take a break, for the first time in his career. He recalls some of his collegues taking the straight way out and buying a farm, settling down for a more quiet and peaceful life. That is not (yet) something he’d like to do, he insists, but being able to sleep is. He has been working on that for the past months. In conclusion, Stuart re-states his answer to my initial question: „Don’t do it full on, learn to balance yourself.“ Also: „Don’t look back to the past, all you can do is figure out how to go forward.“

On Saturday, after a 8-months break, he starts working again. We wish him good luck with his new work-life-balance, and hope he can find at least some of that sweet peaceful slumber, that we all so much need.