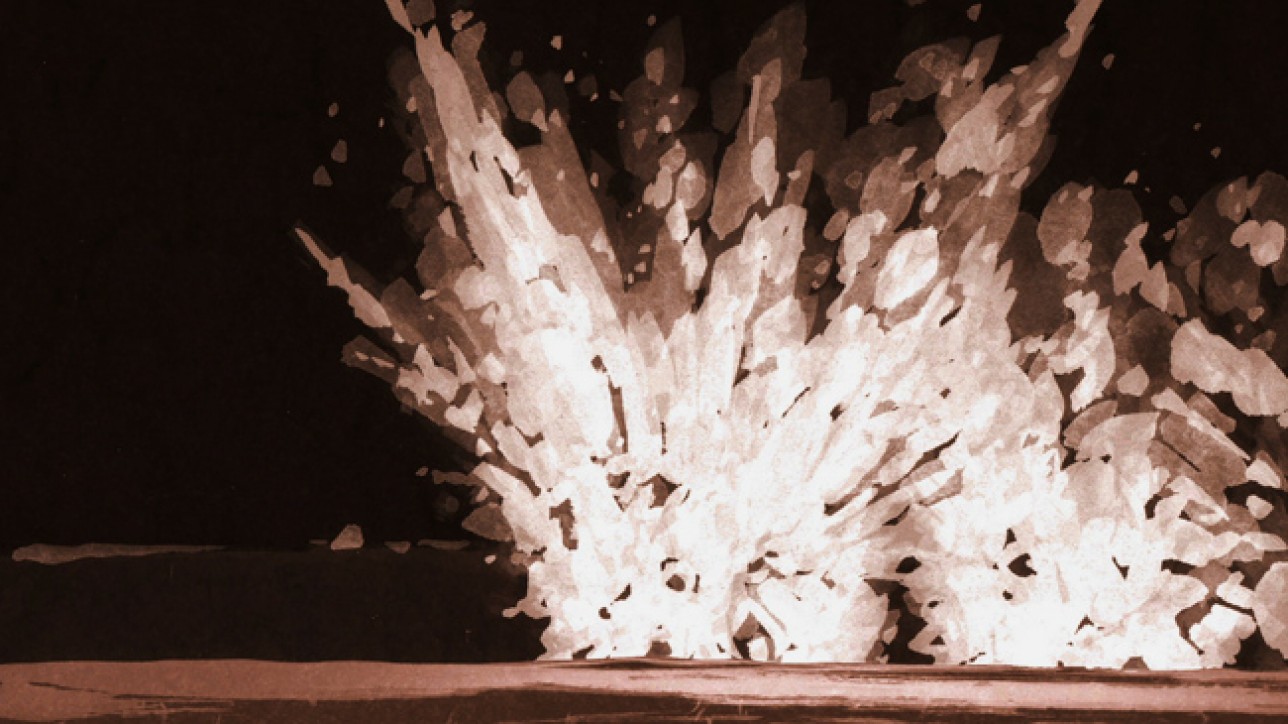 This animated short by Claude Cloutier is a pictorial account of an attack on Canadian soldiers during WWI. On the edge of the battlefield, recruits are dreading the order to attack. At the signal, a young soldier leaps into a hell of fire and blood where the earth engulfs both the living and the dead. Blending archival images and Cloutier’s hypnotizing brushstroke, the film is a dazzling illustration of the futility of war.

The Trenches, Claude Cloutier, provided by the National Film Board of Canada