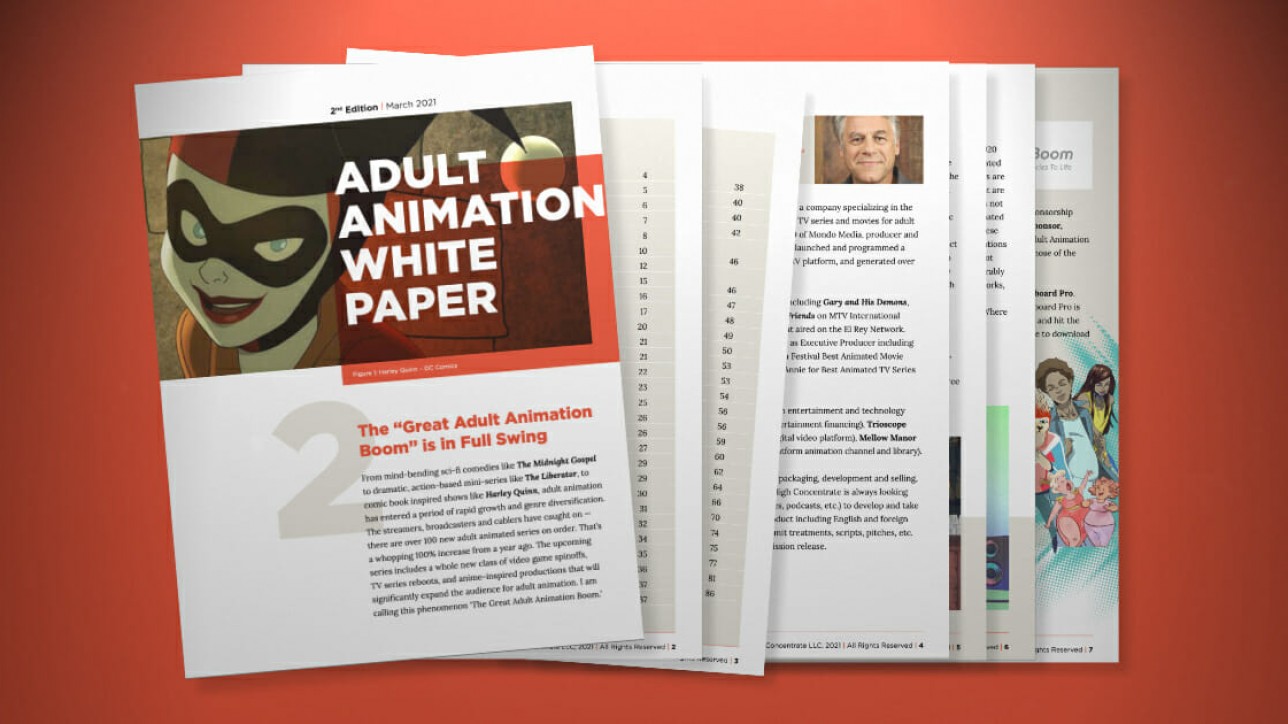 From mind-bending sci-fi comedies like The Midnight Gospel to dramatic, action-based mini-series like The Liberator, to comic book inspired shows like Harley Quinn, adult animation has entered a period of rapid growth and genre diversification. The streamers, broadcasters and cablers have caught on — there are over 100 new adult animated series on order. That’s a whopping 100% increase from a year ago. The upcoming series includes a whole new class of video game spinoffs, TV series reboots, and anime-inspired productions that will significantly expand the audience for adult animation. I am calling this phenomenon ‘The Great Adult Animation Boom.’

John Evershed is the head of High Concentrate LLC, a company specializing in the research, packaging, development, sale of animated TV series and movies for adult audiences. Evershed is the founder and former CEO of Mondo Media, producer and distributor of animation for young adults where he launched and programmed a Mondo branded OTT channel on WarnerMedia’s VRV platform, and generated over 6 billion views on YouTube.