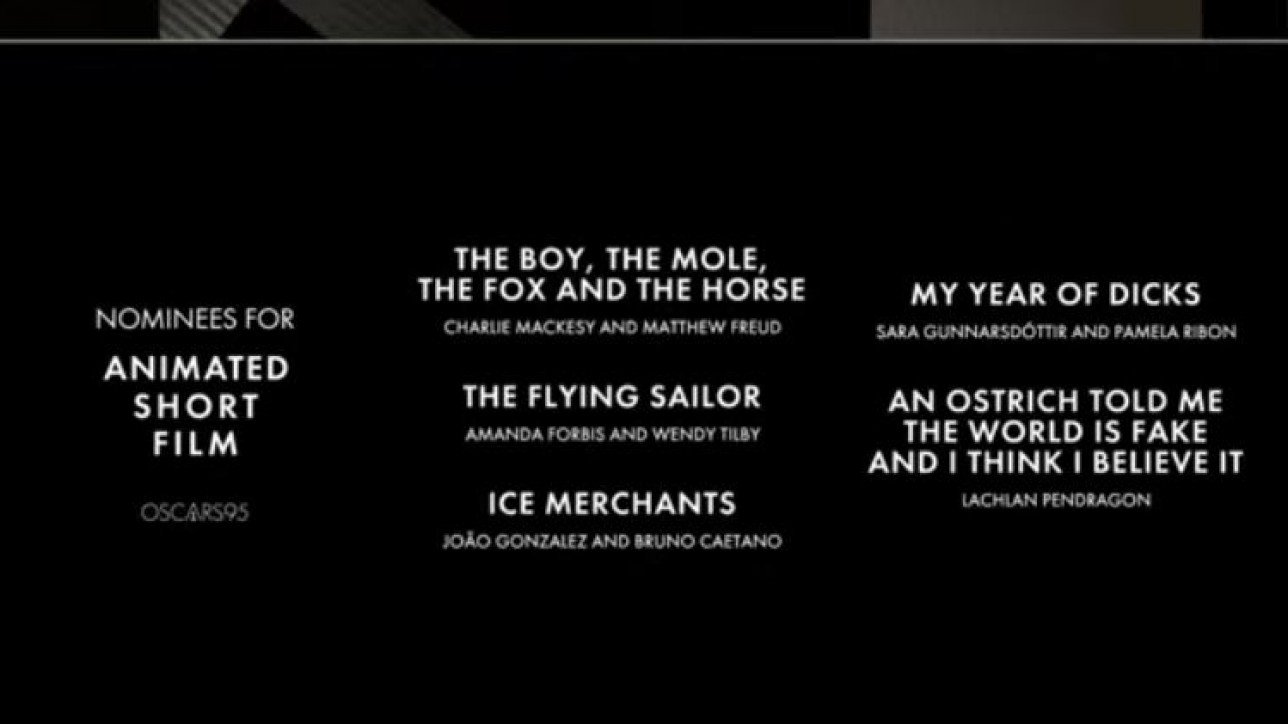 Ahmed and Williams announced the nominees in 9 categories at 5:30 a.m. PT, followed by the remaining 14 categories at 5:41 a.m. PT, at the live event attended by international media and industry guests. For a complete list of nominees, visit the official Oscars website, www.oscar.com.

Academy members from each of the 17 branches vote to determine the nominees in their respective categories – actors nominate actors, film editors nominate film editors, etc. In the Animated Feature Film and International Feature Film categories, nominees are selected by a vote of multi-branch screening committees. All voting members are eligible to select the Best Picture nominees. This year, the Academy saw its highest ever voter participation in the organization’s history, with members submitting ballots from 80 countries.

Fifteen films will advance in the Animated Short Film category for the 95th Academy Awards.  Eighty-one films qualified in the category.  Members of the Short Films and Feature Animation Branch vote to determine the shortlist and the nominees.

An Ostrich Told Me the World Is Fake and I Think I Believe It, Ice Merchants, My Year of Dicks, the boy the mole the fox and the horse, the flying sailor