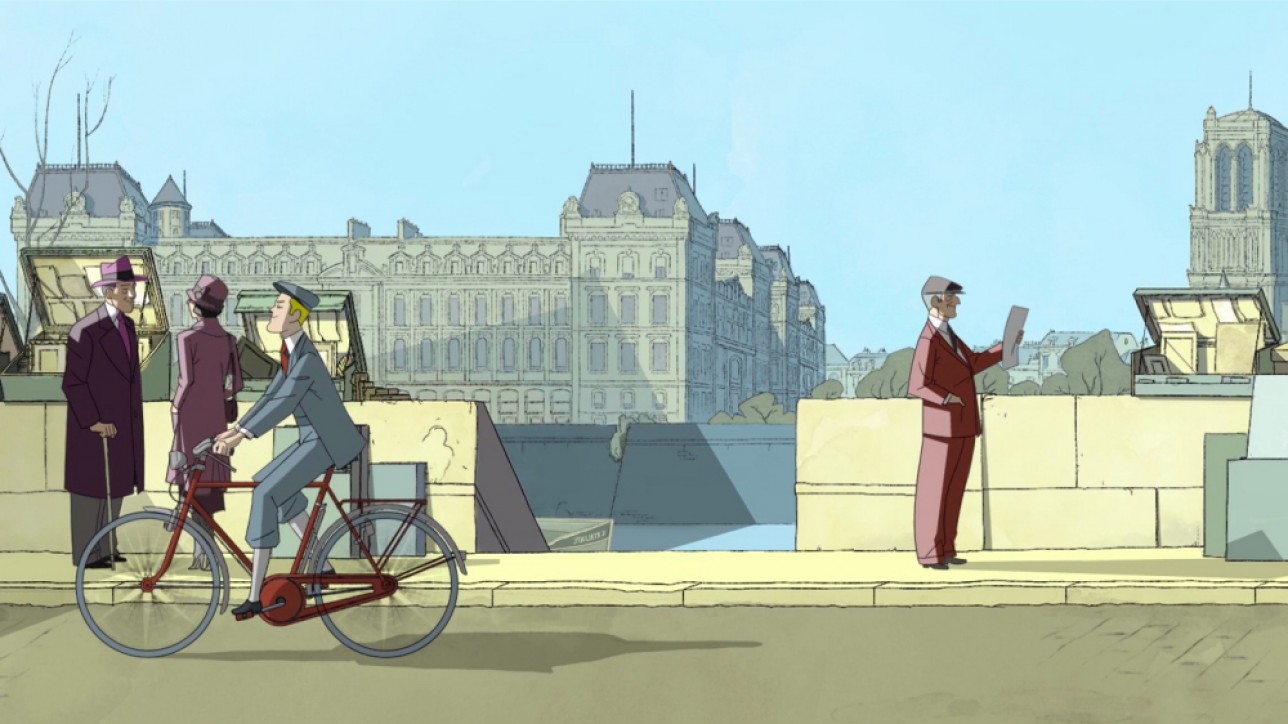 Director Salvador Simó discusses using animation to portray a look into Luis Buñuel’s life in an animated portrayal of the behind-the-scenes tale of making his documentary LAND WITHOUT BREAD.

In a stranger-than-fiction tale befitting the master surrealist filmmaker, Buñuel in the Labyrinth of the Turtles tells the true story of how Buñuel made his second movie. Paris, 1930. Salvador Dalí and Luis Buñuel are main figures of the Surrealist movement, but Buñuel is left penniless after a scandal surrounding his first film L’Age d’Or. However, his good friend, the sculptor Ramón Acín, buys a lottery ticket with the promise that, if he wins, he will pay for his next film. Incredibly, luck is on their side, the ticket is a winner and so they set out to make the movie.

Both a buddy adventure and fascinating episode of cinematic history, Buñuel in the Labyrinth of the Turtles utilizes sensitive performances as well as excerpts of Buñuel’s own footage from the production, to present a deeply affecting and humanistic portrait of an artist hunting for his purpose.