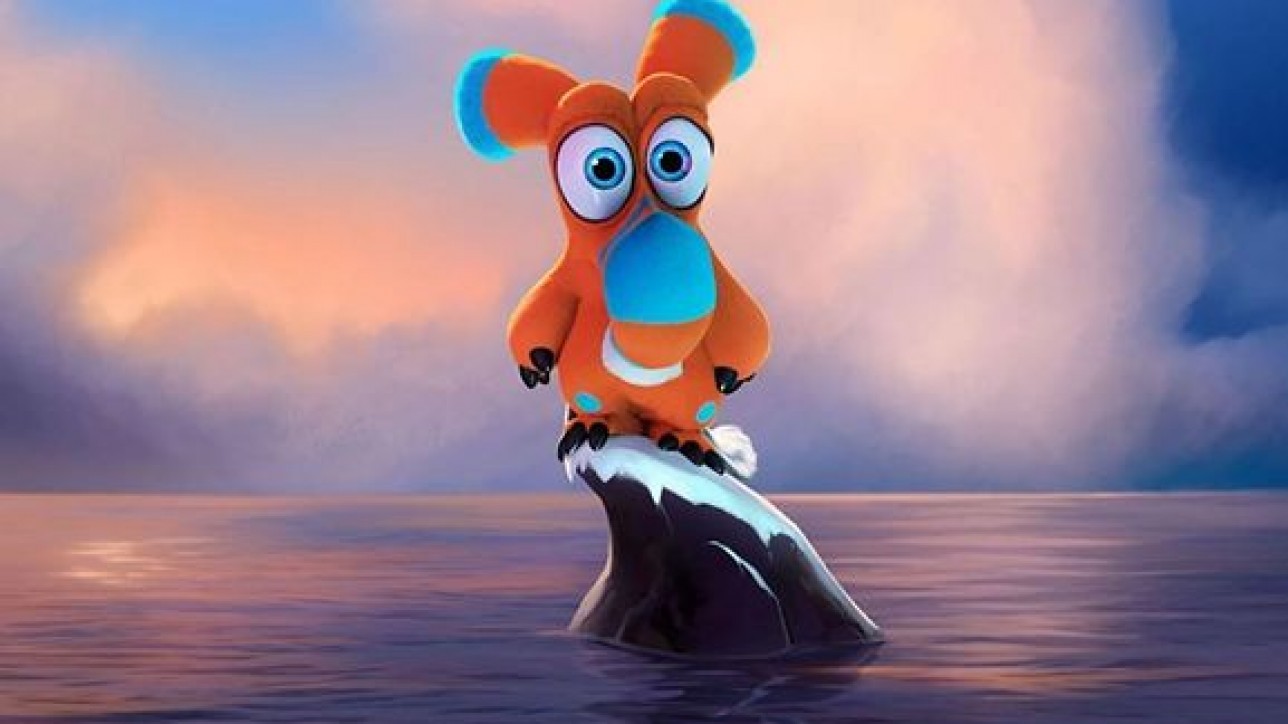 The aim of the Cartoon Movie Tributes is to reward outstanding achievements, companies or personalities that have had a positive and dynamic influence on the animation feature film industry.

All professionals attending the Cartoon Movie vote on site for their favorite nominee in 3 categories: Director, Distributor and Producer of the Year

Cartoon Movie will gather together more than 700 European animation film professionals from 2 to 4 March in Lyon
CARTOON MOVIE From 2 to 4 March, Lyon will become the European capital of animation film: more than 700 animated feature film producers, investors, distributors, sales agents, video game companies and new media players from all of Europe and beyond will attend the 18th Cartoon Movie to create partnerships and co-­‐productions, allowing the funding of around 20 animated feature films per year in Europe. CARTOON GAMES

The Cartoon Games will take place on Wednesday 2th March, just before CartoonMovie. Organised in collaboration with the Imaginove cluster, these meetings aim to foster partnerships upstream between animation producers and video game companies.

FESTIVAL « ON CARTOON DANS LE GRAND LYON »
At the same time as Cartoon Movie, 30 cinemas from the GRAC network will present the best recent European animation films to the general public of „la Métrde
Lyon“ from 13 February to 4 March. Famous directors to present their new films at Cartoon Movie

Among the projects in production, professionals will be able to enjoy the first images of „Richard the Stork“ (Knudsen & Streuber Medienmanufaktur) by Reza Memari and Toby Genkel (director of „Ooops! Noah is gone…“), „Cinderella the Cat“ (MAD Entertainment) by Iva Cappiello, Marino Guarnieri, Alessandro Rak & Dario Sansone. Alessandro Rak („The Art of Happiness“, Best European Animated Feature Film at EFA 2014) will also defend its project „A Skeleton Story“.

The filmmakers also reveal several projects in concept such as „Canaan“ (Tondo Films) by Jan Bultheel who brightly uses motion capture like his
film „Cafard“, „Little Bastards“ (Rokyn Animation) by Manuel Sicilia („Justin and the Knights of Valour“, „The Missing Lynx“ and „The Tell Tale Heart“) and „Old Man Coyote“ (Cinemon Entertainment) by Áron Gauder („The District“).

As for Anca Damian (director of „The Magic Mountain“ and „Crulic: The Path to Beyond“, a biographical movie), she participates in the making of two films: „The Fantastic Voyage of Marona“ (Sacrebleu Productions) which uses rotoscoping as animation technique and „The Faun“ in coproduction with JPL Films. The director, Augusto Zanovello, is known for the short film „Women’s letters“ (nominated for the Cartoon d’Or 2013). Participants will also discover „The Prince of the City of Sand“ (Iris Productions), the latest opus from Italian director Enzo Zorba“, „How the Toys Saved Christmas“ and „Pinocchio“). A record number of animated projects for teenagers and adults For several years, the trend of adult-­‐skewed films in European animation is growing. In 2016, a record is achieved: nearly 33% of the selected projects target an audience of teenagers/ adults and tackle political or sensitive subjects ranging from child soldiers in Angola („Another Day of Life“ by Platige Image and based on the book of the reporter Ryszard Kapuściński), Khmer Rouge in Cambodia’s years („Funan, the new people“ by Les Films d’Ici), resistance in Iran („The Siren“ by Les Films d’Ici), adoption („The Khmer Smile“ of Animalps Productions), the civil war in Angola („Nayola“ by da Praça de Filmes), but also a fiction inspired on Joseph Conrad’s novels representing Rio de Janeiro in the near future („Heart of Darkness“ by Les Films d’Ici) and a psychotic thriller about the confinements of reality, based on the eponymous online graphic novel („Mind My Gap“ Studio Rosto). Meanwhile, family comedies and  adventure films for children are not left out: „The Journey of the Elephant Soliman“ (Studio88 Werbe-­‐ und Trickfilm) which tells the story of a elephant accompanying the return of Spanish Governor in its regions of Vienna in 1851, „Hieronymus“ (BosBros) adventure film inspired by a famous character, the „Hieronymus Bosch“ painter, „Little Jules Verne“ (Enormous Pictures), which tells the story of a small 12 year old boy told by his grandfather, Jules Verne himself, … Literature and comic books continue to be a significant source of inspiration for European animation. This year’s selection rangesfrom adaptations by well-­‐known authors such as Edgar Allan Poe („Extraordinary Tales“ by Mélusine Productions) and Michel Kichka („Second Generation“ by Stephan Films) or comic books such as „SamSam
the Tiniest Superhero“ (Folivari) inspired also by a French television series in 3D and created from characters of Serge Bloch for Pomme d’Api, magazine for kids (3-­‐7 years) of Bayard Press group and „Mutafukaz“ directed by Guillaume Renard et produced by Ankama Animation („Dofus -­‐ Book 1: Julith“ will release in France on February 3).

New this year: one Canadian project will be presented at Cartoon Movie in order to expand the collaboration established at Cartoon Connection Canada. „Amoeba“ (House of Cool) has been selected by several European broadcasters present in October 2015: CBBC-­‐BBC Children’s UK, France Télévisions, Walt Disney UK, YLE Finland, Channel 5 -­‐ milkshake! UK and Canal+ France. To date, 55 projects from 19 European countries have been selected to be pitched at Cartoon Movie: 23 of them are in concept, 21 in development, 8 in production and 2 are completed films. France will be represented by 18 projects, followed by Denmark and Germany with 5 each, Italy, Netherlands & Poland with 3 each. The variety of countries producing animated films is still growing, thanks to the vitality of the Nordic countries with 8 projects, and countries of Eastern Europe such as Poland and the Czech Republic. 5th edition of Cartoon Games on 2 March CARTOON and Imaginove, the cluster of image and digital content in the Auvergne-­‐Rhône-­‐ Alpes Region, are organising the 5th Cartoon Games, which consists of matchmaking sessions of 20 minutes each between animation film producers and video game companies. The aim is to encourage the players of both worlds to develop a common project both as a feature film and video game.

At the same time as Cartoon Movie, the inhabitants of „la Métropole de Lyon“ will have the opportunity to discover or rediscover a selection of great European animation films and have the privilege of meeting some iconic film directors at the festival „On cartoon dans le Grand Lyon“, organised by the network of cinemas, GRAC.

About CARTOON MOVIE The 18th edition of Cartoon Movie is organised with the support of Creative Europe
-­‐ MEDIA, CNC (Centre national du cinéma et de l’image animée), Auvergne-­‐Rhône-­‐Alpes Region, „la Métropole de Lyon“ and in collaboration with the Imaginove cluster (Lyon). Since 1999, over 254 films pitched at Cartoon Movie, with a total budget of 1.7 billion Euros, have secured their financing and have been released thanks to this annual forum aimed at strengthening the production and distribution of animated feature films in Europe.

About CARTOON
CARTOON – European Association of Animation Film is an international non-­‐profit association based in Brussels that organises Cartoon Movie, together with Cartoon Forum, a co-­‐production forum for animated TV series, Cartoon Master training seminars and Cartoon Connection, a programme intended to explore ways of reinforcing cooperation between EU and non-­‐EU animation professionals.