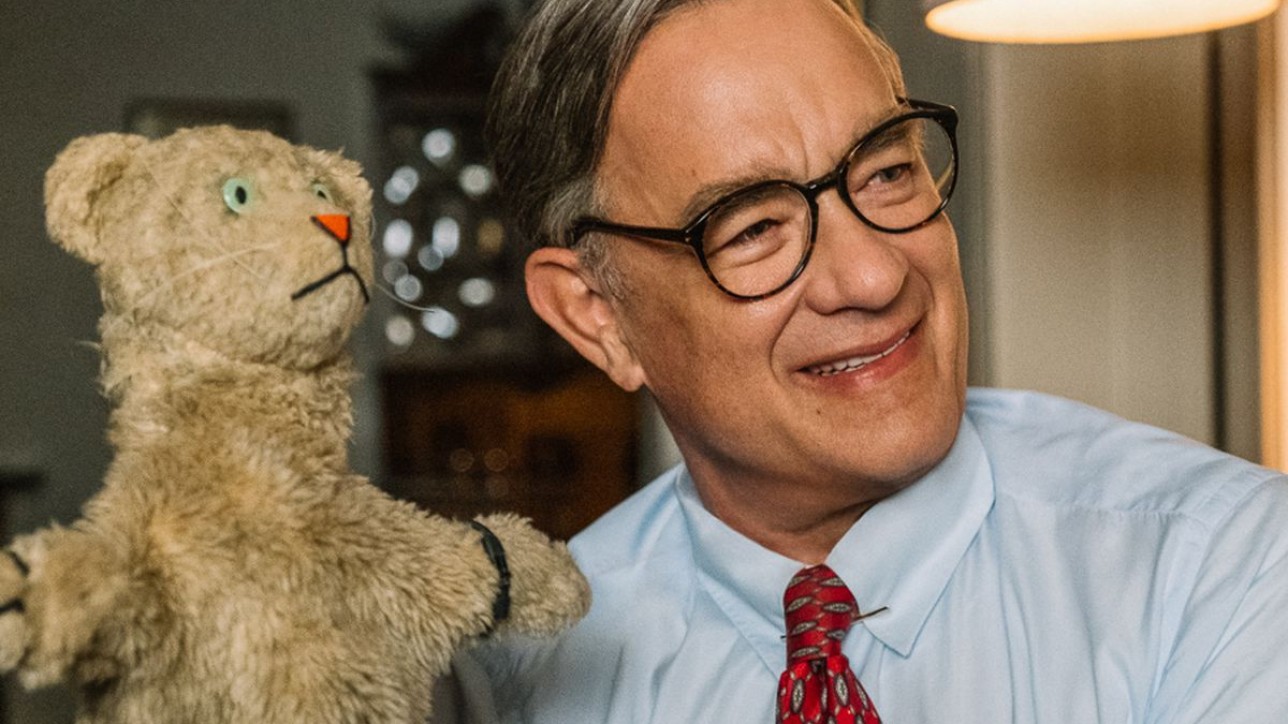 What is it about Tom Hanks? He’s acclaimed for his stunning character transformations, from Big to Cast Away to Saving Private Ryan and beyond. But he’s beloved because something about him always stays the same. Hanks‘ screen persona is an unerring force for good, which prompted a universal sigh of relief at his casting as America’s treasured children’s TV host, Mr. Rogers. But A Beautiful Day in the Neighborhood is no simple paean to childhood comforts. Following up on last year’s sharp comic drama, Can You Ever Forgive Me?, director Marielle Heller sets Fred Rogers‘ irresistible charm against the immovable cynicism of a New York magazine writer.

Lloyd Vogel (Matthew Rhys) is assigned to write a profile of Rogers, whom he long ago dismissed as a sappy irrelevance. From their first encounter, he’s forced to look closer. He’s surprised to see Mr. Rogers on the set of his show, gently showing his young viewers how to deal with real-life challenges, conflict, and pain. „There’s no normal life that is free from pain,“ Rogers says simply. And as Rogers observes Lloyd, he sees the pain inside this hardened, grown man who has shut himself off from a lifetime of unresolved conflicts with his father (Chris Cooper) and wife (Susan Kelechi Watson). As Lloyd shadows Rogers, the shallow profile he was planning turns out to be a momentous and meaningful encounter for both men.

Drawing on Tom Junod’s Esquire article about his experience with Rogers, A Beautiful Day in the Neighborhood offers both real catharsis and the pleasure of a signature Tom Hanks performance. Technically perfect and imbued with the almost spiritual good that marks all his work, his Fred Rogers finds adult truths in the deep wisdom of childhood.

Tom Hanks, who plays Mr. Rogers in „A Beautiful Day in the Neighborhood,“ revealed how he learned to play the iconic children’s show host in the movie. He also said that he practiced singing like Mr. Rogers for several scenes, and that he would sing in that voice when he would argue with his wife.