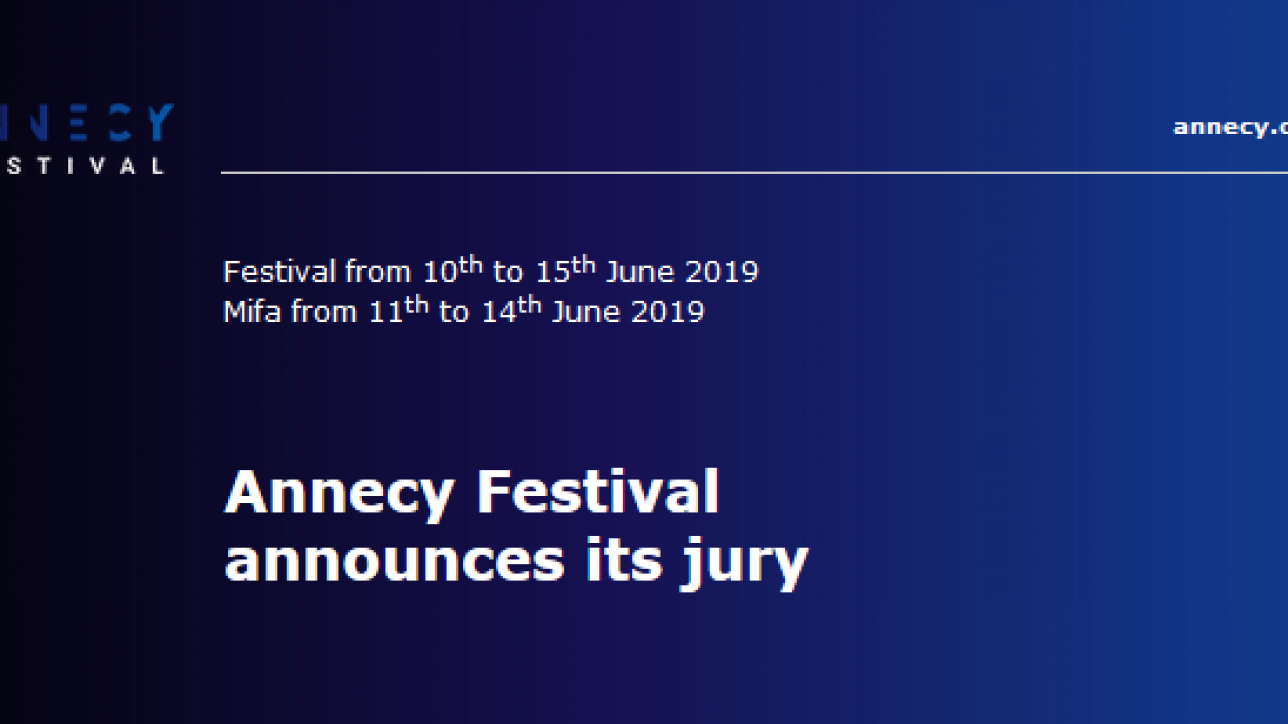 The juries have the delicate mission of choosing the official award winners!
The 2019 edition includes 15 eminent jury members, representing three continents and no less than nine countries!
A virtually equal jury…. With a female majority!
They will reveal the winners on Saturday 15th June during the closing ceremony

First, an actress (The French Minister, 8 fois debout), she is also a producer (Raw by Julia Ducournau, The Insult by Ziad Doueiri). In 2018, she distributes the Chinese feature film Have a Nice Day by Jian Liu, screened at the Festival the same year.

The first two feature films that Yoshiaki Nishimura produced for Studio Ghibli, The Tale of the Princess Kaguya (2013) and When Marnie Was There (2014), were Oscar® nominated in the Best Animated category. In 2014 he founded Studio Ponoc. His most recent production, the short films programme Modest Heroes, will be presented at Annecy as a French premiere

Co-creator of the production studio Cartoon Saloon. Her feature film, The Breadwinner, won three awards at Annecy in 2018: the Jury Award, Audience Award/Première and Best Original Music Award for a Feature Film, sponsored by the SACEM.

She won the César Award for Most Promising Actress for Le Brio. She was the voice of Spider-Gwen in the feature film Spider-Man™: Into the Spider-Verse, that was presented at the Work in Progress at the Festival 2018 and released the same year.

A regular at the Festival since her student years, she is a master at modelling clay animation. Her short films have been in the Official Selection numerous times, including Darling in 2013 and Sexy Laundry in 2015.

Internationally renowned director, he received more than 90 awards including the grand prizes from four renowned animation festivals: Annecy (Cristal for Short Film for Mount Head in 2003), Zagreb, Ottawa and Hiroshima. Member of the Academy of Motion Picture Arts and Sciences, he is also a professor at Tokyo University of the Arts

Of French origin, Antonio Canobbio oversees the creative direction of all Titmouse projects, including the TV series Little Big Awesome, and the feature film Nerdland, that was presented at Annecy 2016 at the Screening Events.

Acclaimed illustrator, she is also author of short animation films. Her film Haircut was in competition in the Short Film category in the 2015 Festival edition

She produced many animated films at Disney Pixar, such as Nemo and The Lego Movie 2: The Second Part, currently producing Klaus by Sergio Pablos for Netflix, and Escape from Hat by Mark Osborne. She also serves as vice president for Women in Animation.

Founder of ReAnimania IAFCAFY (2009) and filmmaker, he is involved in many animation and fictional films as director, animator, producer, and as an actor.

Co-founder of Silex Films and Silex Animation Studio, she produces animation series including Brazen, adapted for France Télévisions from the famous comic collection by Pénélope Bagieu, and Romanticism: The Adventurers of Art, directed by Amélie Harrault for Arte.

Animation film illustrator and director since 2010, her first animated feature film, Chris the Swiss, won several awards and was presented out of competition at Annecy in 2018.

Producer at Films d’Ici, and co-founder and chairman of Special Touch Studios, he is also expert advisor at GOBELINS, l’école de l’image. He produced Funan, by Denis Do, which received the Cristal for Best Feature Film at Annecy in 2018.

He created, directed and developed the international Holland Animation Film Festival (1985-2018). In 2017 he co-curated the exhibition „China, Art in Motion“ at the Musée-Château d’Annecy, combining Chinese animation installations and contemporary Chinese art